Trump, who delayed responding to the pandemic for an unconscionable period of time, has now declared himself a “wartime president.” He knows that wartime presidents are never defeated at the ballot box. 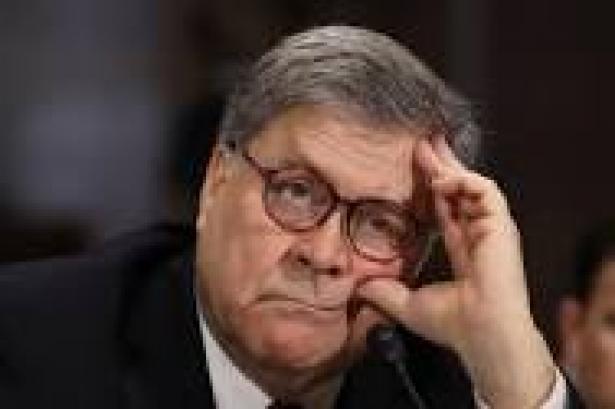 In light of the national emergency Donald Trump declared on Friday, March 13, his Department of Justice (DOJ) is asking Congress to allow the attorney general to indefinitely detain people without trial in violation of the constitutional right of habeas corpus. The DOJ also seeks to hold hearings without the defendant’s consent and exclude anyone with COVID-19 from eligibility for asylum.

Trump, who delayed responding to the pandemic for an unconscionable period of time, has now declared himself a “wartime president.” He knows that wartime presidents are never defeated at the ballot box. Despite Trump’s incompetent handling of the crisis, his approval ratings are as high as they have ever been.

But, during Bush’s so-called war on terror, Justice Sandra Day O’Connor wrote in Hamdi v. Rumsfeld, “We have long since made clear that a state of war is not a blank check for the President when it comes to the rights of the nation’s citizens,” adding, “Even the war power does not remove constitutional limitations safeguarding essential liberties.”

Trump’s Powers During the National Emergency

In declaring the national emergency, Trump invoked the Stafford Disaster Relief and Emergency Assistance Act, which provides for financial and technical assistance to state and local governments.

He also invoked the National Emergencies Act, which triggers more than 100 additional powers for the president, constitutional law scholar Stephen Rohde said on WBAI radio’s “Law and Disorder.” They include the authority to shut down radio stations, freeze bank accounts and even deploy the military.

Moreover, the Communications Act of 1934 says that when a president proclaims there is a state or threat of war, he can order “the closing of any facility or station for wire communication.”

Rohde worries that provision could include television, radio and the internet. “It can give a president a virtual kill switch,” he told “Law and Disorder” hosts Michael Steven Smith and Heidi Boghosian. “This panoply of powers that have existed and are now at the president’s beck and call are very dangerous.”

The DOJ is proposing that Congress grant the attorney general power to ask a district court’s chief judge to suspend court proceedings “whenever the district court is fully or partially closed by virtue of any natural disaster, civil disobedience, or other emergency situation,” documents reviewed by Politico reveal.

That authority extends to “any statutes or rules of procedure otherwise affecting pre-arrest, post-arrest, pre-trial, trial, and post-trial procedures in criminal and juvenile proceedings and all civil process and proceedings.”

This would be a violation of the right to habeas corpus, which allows people to challenge the legality of their detention in court. The U.S. Constitution says only Congress can suspend the writ of habeas corpus. “The Privilege of the Writ of Habeas Corpus shall not be suspended, unless when in Cases of Rebellion or Invasion the public Safety may require it,” reads the Suspension Clause.

Even the war power does not remove constitutional limitations safeguarding essential liberties.

Norman L. Reimer, executive director of the National Association of Criminal Defense Lawyers, sounded the alarm. “So that means you could be arrested and never brought before a judge until they decide that the emergency or the civil disobedience is over,” he said. “I find it absolutely terrifying. Especially in a time of emergency, we should be very careful about granting new powers to the government.”

The DOJ also wants to amend the Federal Rules of Criminal Procedure to allow for hearings conducted by videoconference without the defendant’s consent.

And the DOJ seeks Congress’s permission to suspend the statute of limitations for criminal and civil cases during a national emergency.

People Suspected of Having Virus Subject to Surveillance and Detention

Meanwhile, Customs and Border Protection (CBP) is planning the surveillance and detention of people suspected of having COVID-19. The agency’s internal pandemic response plan obtained by The Nation discusses quarantining detainees in tent cities at the border and coordinating with foreign and domestic intelligence agencies and the Pentagon.

“We do not yet know whether CBP will carry out surveillance, transfer and detention of individuals based actual or perceived health status,” immigration attorney Helen Sklar, a member of the executive board of the National Lawyers Guild-Los Angeles chapter, told Truthout. “We do know, however, that Immigration and Customs Enforcement (ICE) will not release immigrant detainees notwithstanding the near universal agreement among public health experts that their continued detention poses a grave danger to public health, including an elevated risk for chronic and infectious diseases such as COVID-19.”

Sklar said that ICE does not release detained immigrants for medical reasons even though it has long had the authority to do so.

Will Trump Suspend the Election?

The national emergency occasioned by the COVID-19 pandemic has already led to the postponement of presidential primaries in Ohio, Kentucky, Georgia, Connecticut and Louisiana. Could Trump use his emergency declaration to suspend the November presidential election?

Not legally, as the 22nd Amendment to the U.S. Constitution limits presidents to two terms, and Congress, not the president, has the power to schedule presidential elections.

The more likely scenario is that Republican governors will erect roadblocks to discourage people from voting during the pandemic. They could “tamp down the turnout in the elections if they are not robust in providing creative and innovative solutions for how people can vote either in person with social distancing at normal polling stations or by mail,” Rohde told Smith and Boghosian.

Sen. Ron Wyden (D-Oregon) has proposed a bill that would require states to develop plans to conduct the election in light of “the very real threat looming this November.” The Resilient Elections During Quarantines and Natural Disasters Act of 2020 would require states to furnish postage-free absentee ballots with self-sealing envelopes and provide grants worth $5 million to states to pay for postage and high-speed scanners to count ballots.

Even if Trump loses the election, however, there is a danger he might illegally declare martial law and refuse to leave the White House.

During the 2016 presidential campaign, Trump claimed the election was being rigged and refused to say he would accept the results if he lost the election.

Note: This article has been corrected to clarify that the national emergency declaration does not actively weaken Medicare, Medicaid and State Children’s Health Insurance.