Alexandria Ocasio-Cortez Has Never Spoken to Joe Biden. Here's What She Would Say.

In an interview, Ms. Ocasio-Cortez said she intended to support the presumptive Democratic nominee, but the "process of coming together should be uncomfortable for everyone involved." 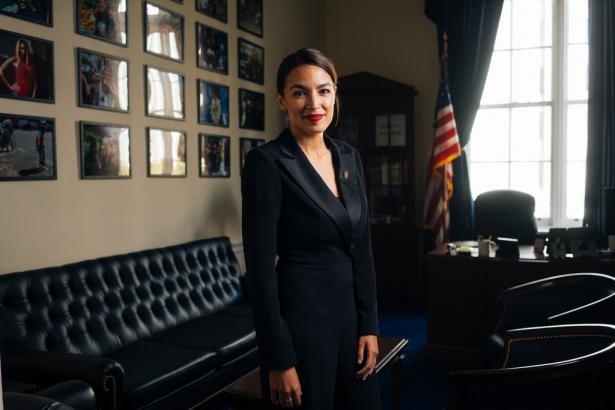 The progressive wing of the Democratic Party fell flat in this year’s presidential primary, and Representative Alexandria Ocasio-Cortez knows it.

Even before Senator Bernie Sanders dropped out of the race last week, making former Vice President Joseph R. Biden Jr. the party’s presumptive nominee, Ms. Ocasio-Cortez was ruminating on the lessons the left must learn to be more successful moving forward.

But in the short term, Democrats are desperate to defeat President Trump in November, and Mr. Biden is making some policy overtures to unite the party. The hope is to win over supporters of Mr. Sanders as well as top surrogates like Ms. Ocasio-Cortez, a New York congresswoman who is popular among young progressives — a group Mr. Biden is struggling to win.

In a recent phone interview, Ms. Ocasio-Cortez made clear that she intended to support the Democratic nominee, but said his current overtures to progressives must go further. She made a distinction between supporting Mr. Biden in November and offering a full-throated endorsement of his campaign. Where she lands, she said, is up to him.

These are edited excerpts from the conversation.

Q. I guess my first question is simple: Has the Biden campaign reached out to you?

OK. Well, what type of outreach are you looking for? Not just to you but to progressives broadly.

There’s this talk about unity as this kind of vague, kumbaya, kind of term. Unity and unifying isn’t a feeling, it’s a process. And what I hope does not happen in this process is that everyone just tries to shoo it along and brush real policies — that mean the difference of life and death or affording your insulin and not affording your insulin — just brush that under the rug as an aesthetic difference of style.

There’s also this idea that if we all just support the nominee that voters will come along as well. I’ve flagged, very early, two patterns that I saw [among Biden’s campaign], which is underperformance among Latinos and young people, both of which are very important demographics in November. And so, I don’t think this conversation about changes that need to be made is one about throwing the progressive wing of the party a couple of bones — I think this is about how we can win.

The whole process of coming together should be uncomfortable for everyone involved — that’s how you know it’s working. And if Biden is only doing things he’s comfortable with, then it’s not enough.

Can you give me examples of areas that you want to see him get “uncomfortable?”

They floated this olive branch to the progressive left of lowering the Medicare age to 60. And it’s almost insulting. I think Hillary was looking at policies that lowered it to 50. So we’re talking about a “progressive concession” that is 10 years worse than what the nominee had in 2016.

Progressives aren’t a monolith like every voting block isn’t a monolith. But I also know, from a Latino perspective, I think we need a real plan to be better than what happened during his service with the Obama administration.

In terms of deportations, in terms of apprehensions, I mean, even in terms of rhetoric. It was just a couple months ago that he told immigrant activists to vote for someone else. I want to see him get uncomfortable there. Putting “Dreamers” on a path to citizenship is great, but that’s a policy concession from 10 years ago.

People need to feel hope in a Democratic administration. And that’s what this is about.

If we’re not talking about paths to citizenship for undocumented people, and if we’re just talking about policy changes of 5 or 10 percent — especially when you look at something like climate change — it’s not about moving to the left. It’s about who is able to find hope in your administration. And creating plans that give people hope and possibility.

But Biden has gotten to this point by rejecting some of these things. What’s your realistic level of confidence he will get uncomfortable on these issues? He’s been in this game a long time.

How should the relationship that progressives had in 2016 with Hillary Clinton inform the way you all go about it in 2020 with Biden? What are the lessons from how that turned out that are worth changing, or replicating, this time around?

As much as a dumpster fire as Twitter can be sometimes, I actually think the process was much less painful and nasty and fraught than it was in 2016. In 2016, things like superdelegates delegitimized the process so much that it felt a lot more scorched-earth, and I’m not even talking about between the two candidates, but just how voters felt about the party.

I think people understand that there are limits to what Biden will do and that’s understandable — he didn’t run as a progressive candidate. But, at the bare minimum, we should aspire to be better than what we have been before. And I just don’t know if this message of “We’re going to go back to the way things were” is going to work for the people for who the way things were was really bad.

Is an Alexandria Ocasio-Cortez endorsement of Joe Biden a sure thing?

I’ve always said that I will support the Democratic nominee. But unity is a process, and figuring out what that looks like is part of this whole conversation that I think Bernie and Warren and other folks are a part of as well.

Yes. But I guess I’m asking about you. Is there something you’re looking for? Is there a difference between voting for him or campaigning for him? What are the range of possibilities of your relationship with the Democratic nominee in the next months?

Beating Donald Trump is a matter of life or death for our communities. I think it’s a difference between making an argument for harm reduction, and making the argument for, there’s actually going to be progress made for us.

What I want to do is to be able to go out and say, “This is the plan for us.” But it’s hard to do that if there’s no plan for us.

And you know, I’m not trying to be divisive. But when you talk about lessons from 2016, one of the most divisive things that we can do is just smother and silence legitimate points of critique — especially from people whose lives are most at risk in this administration. Because, for some people, this argument of returning to normalcy sounds like an argument of respectability politics and civility. And for other people, it sounds like, will my child be put in a cage?

I’m a progressive [laughter]. That’s literally what it means.

What if Biden doesn’t do it? What if he doesn’t get uncomfortable? And you know, only gives kind of aesthetic, in-name-only concessions to the left? What do you do?

I will be supporting the Democratic nominee in November. I would just hope that the nominee supports our communities too.

Is a Biden-A.O.C. unity rally ever in the cards?

It could be. I have not talked to the vice president.

Never. Not that I know of, no.

But I know the goal ultimately is to win. And I’m not trying to needle as a way of making a point or to score points. I want to win. And I want to make sure that we win broadly.

Do you worry about causing damage to the vice president in a way that helps Donald Trump? How do you square unity with applying pressure from the left?

It’s a tightrope. I do not feel a choice in adhering to my principles and my integrity, and being accountable to the movement that brought me here. But also, I don’t want another term of Trump.

I’m not going to lie to people and say Puerto Rico’s debt is going to be forgiven or there’s going to be some audit of the debt if that’s not the plan. But at the same time, I don’t want this president throwing paper towels at my family again.

I just want to tell the truth and I want to feel good about the truth.