Starve the Beast, Feed the Depression

“Starve the beast” — forcing governments to cut services by depriving them of resources — has been Republican strategy for decades. This is just more of the same. 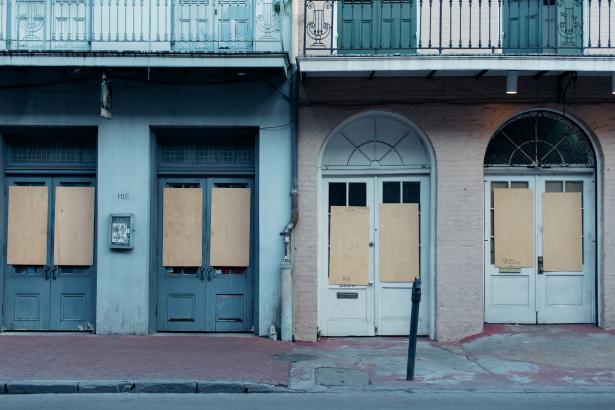 So Donald Trump’s name will, in a break with all previous practice, appear on the checks that will slightly mitigate the Donald Trump depression caused by the Donald Trump pandemic. Hey, we’re supposed to put his name on everything, right?

The operative word, however, is “slightly.” Those $1,200 checks, it turns out, are only a small fraction of the rescue package Congress passed a few weeks ago. And the CARES Act, in turn, fell far short of meeting the nation’s needs.

Given the scale of the economic carnage — 22 million jobs lost in four weeks — we need another huge relief program, both to limit financial hardship and to avoid economic damage that will persist even when the pandemic fades.

But we may not get the program we need, because anti-government ideologues, who briefly got quiet as the magnitude of the Covid-19 shock became apparent, are back to their usual tricks.

Right now the economy is in the equivalent of a medically induced coma, with whole sectors shut down to limit social contact and hence slow the spread of the coronavirus. We can’t bring the economy out of this coma until, at minimum, we have sharply reduced the rate of new infections and dramatically increased testing so that we can quickly respond to any new outbreaks.

Since we’re nowhere close to that point — in particular, testing is still far behind what’s needed — we’re months away from a safe end of the lockdown. This is causing severe hardship for workers, businesses, hospitals and — last but not least — state and local governments, which unlike the federal government must balance their budgets.

What policy can and should do is mitigate that hardship. And the last relief package did, in fact, do a lot of the right things. But it didn’t do enough of them.

True, one piece of the relief package, enhanced unemployment benefits, may prove more or less adequate — once overwhelmed state unemployment offices manage to get the money flowing, and assuming that the efforts of Eugene Scalia, Trump’s labor secretary, to restrict access don’t succeed.

But the special loan program for small businesses has already been exhausted. State and city governments are reporting drastic losses in revenue and soaring expenses. And the Postal Service is on the edge of bankruptcy.

So we need another large relief package, targeted at these gaps. Where would the money come from? Just borrow it. Right now, the economy is awash in excess savings with nowhere to go. The interest rate on inflation-protected federal bonds is minus 0.56 percent; in effect, investors are willing to pay our government to make use of their money. Financing economic relief just isn’t a problem.

Yet at the moment further relief legislation is stalled. And let’s be clear: Republicans are responsible for the impasse.

It’s true that Senate Republicans are trying to push through an extra $250 billion in small-business lending — and Democrats are willing to go along. But the Democrats also insist that the package include substantial aid for hospitals and for state and local governments. And Mitch McConnell, the Senate majority leader, is refusing to include this aid.

McConnell claims that he would be willing to consider additional measures in later legislation. But let’s get real. There is absolutely no reason not to include the money now.

Everyone, and I mean everyone, knows what is really happening: McConnell is trying to get more money for businesses while continuing to shortchange state and local governments. After all, “starve the beast” — forcing governments to cut services by depriving them of resources — has been Republican strategy for decades. This is just more of the same.

This reality leaves Democrats with no choice except to stand firm while they still have leverage. Bear in mind that McConnell could have the money he wants tomorrow if he were willing to meet them halfway. So far, however, he isn’t. Oh, and Trump personally has ruled out aid for the Postal Service.

At a basic level, then, anti-government ideologues are preventing us from responding adequately to the worst economic disaster since the Great Depression. Their obstructionism will cause vast suffering, as crucial public services are curtailed. It will also compound the economic damage.

In the near future, we’ll see millions of unnecessary job losses as impoverished families cut back spending, as local governments lay off teachers and firefighters, as the post office, if it survives at all, becomes a shadow of its former self. And many of these job losses will probably persist even after the pandemic subsides.

Anyone expecting a V-shaped economic recovery, in which we quickly go back to where we were a few months ago, is likely to be sorely disappointed.

If there’s a silver lining to all this, it is that the people sabotaging our response to Covid-19 economics may also be sabotaging their own political future. Trump is, after all, counting on rapid economic recovery to erase public memories of his disastrous handling of the pandemic itself. Yet he and his allies in the Senate are making such a recovery much less likely.