Liberator Magazine was one of the most important African American periodicals to be published in the United States during the 1960s. The book under review is the first full-length account of the life and times of this pivotal journal. 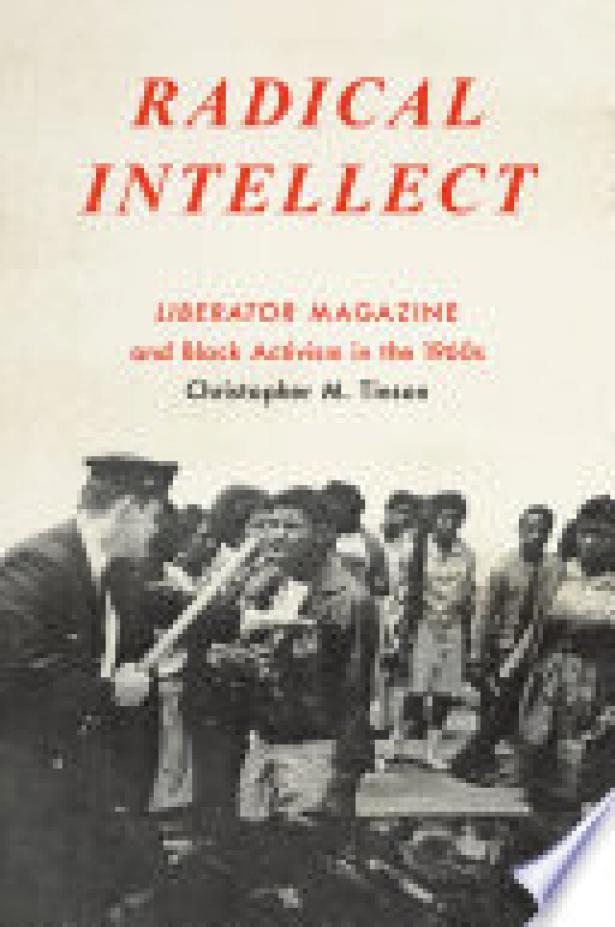 Throughout US history, African Americans have pushed the limits — and beyond — of what America claims to be. The questions posed by both intellectuals and everyday African Americans during the Reconstruction, New Deal, and Civil Rights eras have all left lasting effects on the country. So too with the US left: time and again, black radicals have pressed for an expanded scope of political and economic freedoms, for Americans at home and for people abroad.

Christopher Tinson’s important new book, Radical Intellect: Liberator Magazine and Black Activism in the 1960s, spotlights one critical organ of the African-American left during the tumultuous Civil Rights and Black Power eras. At a time when intellectual currents were in flux, inchoate and colliding, Liberator simultaneously served as an important forum for debate and a reminder of the diversity of the African-American left. The magazine, Tinson writes, “stood at the crossroads of knowledge production and insurrection,” providing activists and intellectuals a place where they could hash out their ideas and make appeals to others. Intellectually, it proved to be an important waypoint between the resurgent black nationalism seen in places like Harlem in the early 1960s and the burgeoning Black Power movement of the late 1960s.

Share this article on
Liberator magazine was founded in 1961 by several radical African Americans living in New York City. It operated at the nexus of a rising black nationalism, the nascent New Left, the remains of the Old Left, and the more militant elements of the Civil Rights Movement. The founders of the publication embodied this ideological and temporal mix. Pete Beveridge was a former member of the Communist Party, while Richard Gibson spent his early career reporting on the anticolonial struggle in Africa. (Editor in chief Dan Watts was the relative outlier, with a background as an architect.)

Two tenets anchored the magazine’s politics: a Pan-Africanism “that appreciated some sense of the political and cultural unity of African descendants, while also fully embracing local exigencies of considerable difference”; and a skepticism “of liberalism and gradualist approaches to social change.”

Founded to provide news and analysis about decolonization from a more radical perspective than mainstream publications, Liberator was an unabashed partisan of anticolonial struggles. The magazine deplored the depredations of colonial regimes and championed the movements seeking to overthrow them. Emerging as it did in the early 1960s, when elements of the US left were concerned the Cold War superpowers would pull newly independent Third World nations into their spheres of influence, the magazine became an important organ for those opposing oppression in the Global South.

At home, the magazine’s brand of radicalism led it to look askance at more mainstream left figures. In their eyes, Martin Luther King Jr and other civil rights leaders were too cozy with liberal politicians, too limited in their tactics and demands. More laudable were figures like Malcolm X and radical organizations such as the Revolutionary Action Movement, or RAM.

The publication’s analysis of the 1963 March on Washington reflected these ambiguities. While they agreed with the economic aims of the demonstration — remember, it was a march for “jobs and freedom” — many of Liberator’s writers and editors expressed skepticism about the utility of “relying on such a dramatization to generate the full range of black political and economic desires.”

The question of what African Americans could achieve in the US — not just through civil rights victories but through wholesale changes in the American system — kept the Liberator’s pages alive with debate throughout the 1960s. New Left collided with Old Left, old-school Pan-Africanism came into play with the new black nationalism. The journal, Tinson writes, “demonstrate(d) the sheer amount of energy devoted to black radical futures, and yet it also reveals how deeply contested definitions and practices of radicalism were in this period.”

One noted participant in these intellectual battles was Harold Cruse. In 1963 and 1964, Liberator published a series of essays by the University of Michigan scholar titled “Rebellion or Revolution?” Cruse argued that Africans Americans needed to fight for thoroughgoing cultural change, to “move the struggle from a civil rights-based rebellion to a full-fledged revolution.” He explicitly linked the US civil rights struggle to Third World revolutions, where people waging battles for independence from European rule were fighting for control of not just political and economic but also cultural institutions.

Later that decade, in his 1967 magnum opus Crisis of the Negro Intellectual, Cruse would issue stinging rebukes of numerous black radicals and publications, including Liberator. But he was better off for having the magazine as a clearinghouse for his early, wide-ranging essays on black nationalism and Marxism.

Larry Neal also benefited from having Liberator as a playground for his ideas on black aesthetics, which would serve as key frameworks for the Black Arts Movement of the late 1960s and 1970s. Like Cruse and many others at Liberator, Neal argued that black people had to take ownership of the arts and culture within their community, and use them to benefit their fellow African Americans.

At the same time, he was critical of stalwarts on the black left like Bayard Rustin, who was close to labor liberals. In a 1965 Liberator essay, Neal invoked Malcolm X to push against Rustin, arguing that African Americans had to make their struggle part of a larger, international movement for human rights. Neal’s case for a “black spiritual and intellectual awakening” was, again, a window into the debates among African Americans over the future of the black freedom struggle in America.

Tinson also shows how Liberator served as an intellectual home for radical African-American women. Liberator ran articles about figures like playwright Loraine Hansberry and activist Gloria Richardson, and published some of the earliest works of Toni Cade Bambara, future editor of the groundbreaking anthology The Black Woman. The magazine gave women a chance to hone their literary and debating skills before assuming leadership roles in the Black Power and feminist movements of the late 1960s and early 1970s.

Liberator operated during a golden age for African-American radical publications. Freedomways, cofounded by W. E. B. Du Bois, launched in 1961, the same year as Liberator. By the end of the decade, a revitalized Negro Digest — printed under the Johnson Publication Company banner (the same publisher of Ebony and Jet magazines) — would establish itself as a redoubt of black intellectual thought (and change its name to Black World to reflect its more radical stance on social issues). Black Scholar set up shop in 1969, and helped catalyze the first wave of black studies scholarship in the early 1970s.

But money was always a problem for publications like Liberator. In 1971, lacking a steady stream of income — and beset by personality clashes — the magazine closed its pages. Others on the black left would follow. Black World stopped printing in 1976. Freedomways made it through the decade, but closed in 1985. The Institute of the Black World, a black-run think tank that was another important institution for thinking through the black radical tradition was finished by the early 1980s.

Liberator’s lifespan was relatively short, and its subscription base was relatively small. Yet it was read by radicals across the United States — and quite a few abroad — who wanted to make sense of the world they lived in. Its links to groups well outside its New York City base gave the publication greater influence than its editors could have initially imagined. Fusing intellectual life and activism, the magazine demonstrated anew the centrality of the black radical tradition to the larger left project in America.

Today, as the Black Lives Matter movement calls out the contradictions of American democracy and sparks debates about the direction of the country, Radical Intellect reminds us of the vital role that intellectuals and periodicals can play in that tradition.

Robert Greene II is a Visiting Assistant Professor of History at Claflin University and book review editor for the Society of U.S. Intellectual Historians.