‘He had the power to start a fire with his voice’ 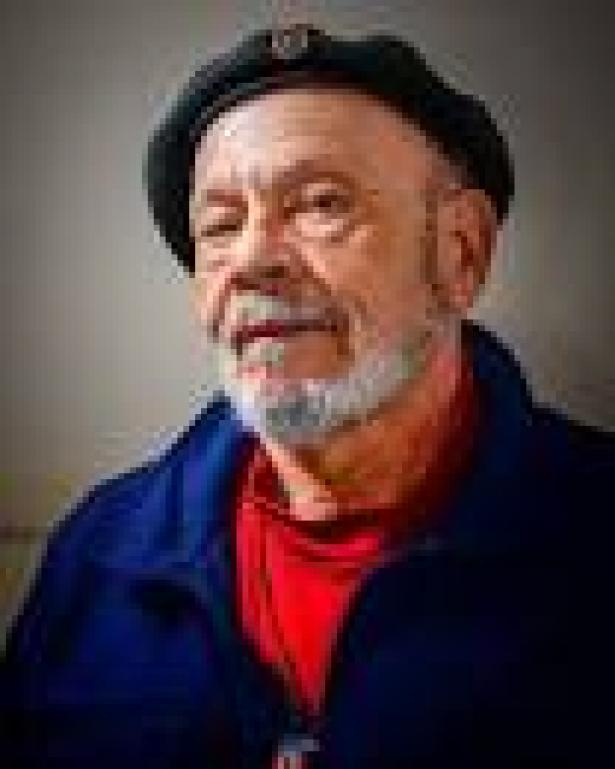 NEW BEDFORD — As José Soler’s family fought to make sure he didn’t die alone April 20 at St. Luke’s Hospital, he held on after two cardiac arrests to spend his final moments with his three children.

It was a team effort of family and friends coordinating to get Soler to the hospital. Daughter Maria Soler-Dubreuil of Florida gathered information on his declining health and was in contact with Soler’s step son Xavier Cardona of New Bedford, as he waited outside the hospital, both fighting to gain entry to say goodbye.

The siblings entered the room together. Cardona was there in person, and Soler-Dubreuil and son Pedro Soler of New York were there by phone.

Cardona said he’s assured Soler heard everything they said, even though he was sedated because Soler looked over at him and squeezed his hand before his last breaths. Soler, 74, had pneumonia and tested negative for COVID-19, Cardona said.

“He always used to say that he was married to the struggle and it’s true, that was his passion,” said 33-year-old Soler-Dubreuil in a phone interview about her father. He devoted himself to shedding light on the struggles of the oppressed, she said.

After 22 years, Soler retired in 2015 as director of the UMass Dartmouth Labor Education Center and most recently served as co-leader of the New Bedford Coalition to Save Our Schools and helped lead the group’s fight against charter school expansion in New Bedford.

Family members and close friends described him as an intellectual, relentless advocate and organizer, and award-winning photographer who fought for Puerto Rican independence, people of color, traditional public education, workers rights and racial, social and economic justice. Soler was giving, humble, empathetic, a loving and proud father and grandfather and worked up until his last days, they said.

His reach went far beyond the Whaling City. He was involved in the International Organization of Journalists, Clergy and Laity Concerned, the Black Berets, the Puerto Rican Independence Movement, the Puerto Rican Socialist Party, the United States Peace Council’s March against Nuclear Weapons, the Anti-Apartheid Movement, and unions in Puerto Rico and the U.S., reads his obituary which was published in The Standard-Times.

Soler-Dubreuil said her father always sent her his photography and March 29 was the last time he would do so. That’s when he sent her recent photos of empty downtown New Bedford and UMass Dartmouth during quarantine. He always had his camera on him and was there to document, she said, adding that’s where she got her “creative eye.”

“When he wasn’t using his photos to help share the struggle for justice, equality and freedom, he was using his voice,” she said, adding he taught her not to be afraid to use her voice.

“He has the power to summon thunderstorms with his ideas and he had the power to start a fire with his voice; his voice was like earth-shaking and it would give you goosebumps,” said New Bedford activist and spoken-word poet Erik Andrade.

“For me, he was a father figure in activism and organizing,” Andrade said. Soler believed in creating change through long-term, grassroots organizing, he said, building relationships and empowering communities. Andrade said he recently watched a video that shows Soler speaking at a rally in New Bedford in 2006 about the Dream Act, which Andrade called a testament to the continuous organizing Soler believed in.

He committed himself for the last 50 years to try to create change and he was doing it up until his last days,” said Andrade, adding Soler was in a recent meeting for the Coalition to Save Our Schools.

Everett Hoagland, New Bedford’s first poet laureate with national acclaim was best friends with Soler for a quarter century. They met at UMass Dartmouth where they both worked.

“He was more of a brother to me, more like family than a friend,” Hoagland said.

“He was admirably true to himself and he was the embodiment of his own principles, his own life affirming beliefs, his own revolutionary zeal for social justice and for universal human rights,” Hoagland said. “Even in old age I continued to learn so much from him.”

Ricardo Rosa, co-leader of the New Bedford Coalition to Save Our Schools and associate professor in the Department of Public Policy at UMass Dartmouth said Soler “was the deepest public intellectual I have ever met” and was more impactful doing work in social policy than anyone he’d ever met. While university faculty were focused on publishing and tracking metrics, “José was on the ground actually changing policy,” he said.

Local public officials felt his loss, too, and expressed condolences on Facebook.

“I’m Really sorry and sad to learn of his passing. Jose was a great labor and community leader. Always fighting for the little guy,” Rep. Antonio F.D. Cabral wrote in a comment. “His activism will be missed. The people of New Bedford will miss him, especially the less fortunate. Not to mention the people of his beloved Puerto Rico. God bless you Jose Soler. RIP my friend.”

School Committee member Joshua Amaral also expressed condolences, calling Soler “my friend and a dogged advocate for public education.” He continued, “I’m better for having crossed paths with you. You and your impact will be greatly missed in our community.”

“José believed in the liberation of all oppressed peoples and was a fierce fighter for Puerto Rican independence, worker, labor & education rights, and social, racial and economic justice. I am honored to call him my friend,” Najimy said.

Family and friends plan to hold a virtual celebration of life event May 1. “He deserves a huge memorial service,” Soler-Dubreuil said.