Twitter SNAFUs, and more reports from MSM and cyberworld 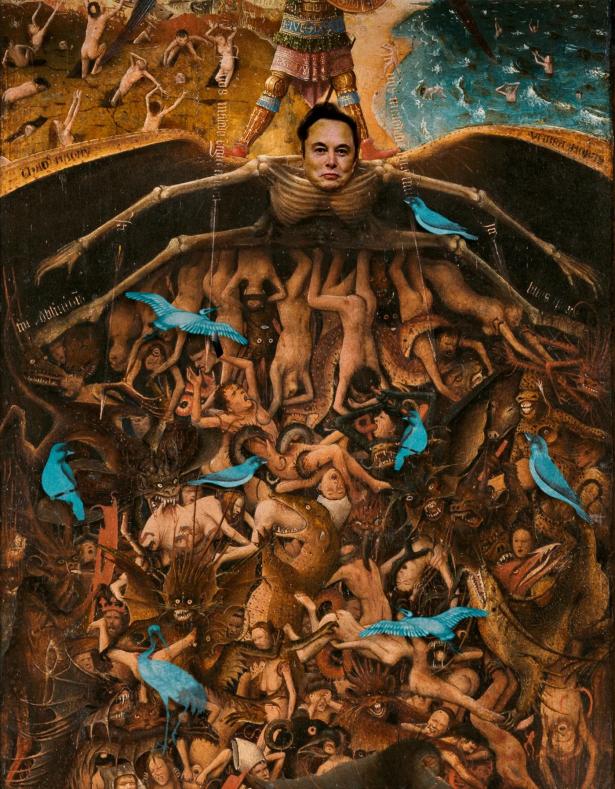 The Gander is part of the Courier Network, a company which supports liberal politics run by Tara McGowan. Courier has seven other newsrooms in competitive swing states across the country. McGowan created the newsrooms with the intention of neutralizing false or “bad information” by conservative media.

In the weeks leading up to the US midterm elections, the message from Fox News was clear: violent crime is surging, cities are dangerous hellscapes and Democrats are responsible. With the vote over, however, the rightwing news channel appeared to decide things weren’t that bad after all, and decreased its coverage of violent crime by 50% compared with the pre-election average.

Can Deepfakes be Ethical?
By Scott Nover
Quartz

Deepfakes are computer-generated videos that transplant a person’s face, voice, and overall likeness onto another body. In an age of rising misinformation and cyberattacks, the most worrying risk around deepfake technology is hostile political propaganda, potentially sparking protests or violence.

The Manosphere
By Giulia Evolvi
Newsroom

Even as online campaigning has rallied women, so too has it rallied anti-feminists and misogynists. And, like the feminists, misogynists’ online pontificating can have a direct influence on politics, especially far-right movements.

Newsrooms are finding resources and innovative ways to save or even revive their storytelling capabilities. Partnerships between universities and media companies are especially prevalent in local newspapers, which are facing increasing newsroom layoffs as they struggle to survive. These partnerships have the potential to help fill gaps in coverage and train a new generation of journalists.

Hundreds of tech employees have been protesting against Google and Amazon signing a deal with the Israeli government to develop artificial intelligence tools under the so-called Nimbus project which will be used to trace and control Palestinian movements.

Plutocrats and Cultural Industries
By Justin O'Connor
The Conversation

In Chokepoint Capitalism, Rebecca Giblin and Cory Doctorow have added their detailed knowledge of corporate practice and their legal-technical web-weaving to the growing body of critical work on Big Tech and the stark realities of creative work. The result is a dark portrait of a cultural system captured by billionaires.

Artists Jaime and Gilbert Hernandez have been drawing and writing their popular comic book series Love and Rockets since 1982. They've followed the lives of their mostly Latina characters as they grow from restless teens to middle-aged women. To celebrate the 40th anniversary, their loyal publisher Fantagraphics has a new box collection of their classics.

With the widespread losses suffered by extremist Republican candidates, it’s no surprise that journalists and pundits are reading lessons into that for the GOP. But in true Timesian fashion, reporters argued that it’s both extremes that voters rejected. “On the Right and Left, People Voted to Reject Extremists in Midterms,” announced the headline to their piece in the print edition.