What Made Bill Russell a Hero

The basketball legend was a champion not just on the court but off it—through his groundbreaking activism for racial justice. 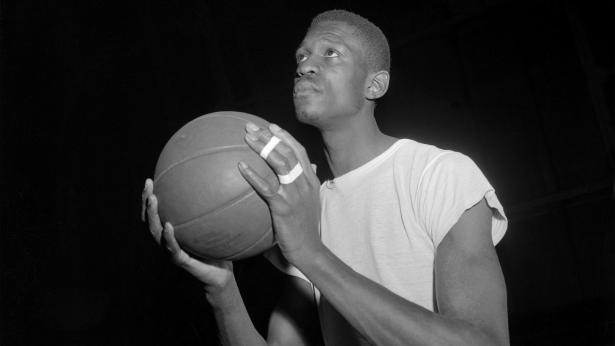 Not many people can make Charles Barkley, the former NBA MVP and legendarily outspoken broadcaster, pipe down. But the NBA icon Bill Russell, who died on Sunday aged 88, once called Barkley and did just that.

Russell had seen Barkley on television complaining about how much he paid in taxes. Russell was displeased with Barkley’s comments.

“[Russell] said, ‘Son, let me tell you something,” Barkley said. “‘You grew up poor. You went to public school, and I bet the police came to your neighborhood when somebody called the cops.’ I said, ‘Yes, Mr. Russell.’ He said, ‘Somebody was paying those people and you didn’t have any money. I don’t ever want to see your Black ass on TV complain about taxes ever again.’ And I never did.”

Russell’s record—11 NBA championships as a player and a coach with the Boston Celtics—came to define winning. More than that, though, his fierce dedication to speaking out against racial injustice, his deep sense of integrity and righteousness, have long been considered the gold standard for athlete activism. Today, many Black athletes revere Russell and regard him as their north star.

In 2018, when I was a sports journalist with ESPN, I asked the late Kobe Bryant what he had learned from Bill Russell about leadership. Russell had been the NBA’s first Black head coach, while he was still a player—and he had experienced painful and humiliating racist abuse, even as he built the Celtics into a powerhouse. Bryant, who died in a helicopter crash in 2020, told me:

He was dealing with a lot of racial issues in Boston. Stories of people throwing things at him during the game and yelling crazy things to him on the court. So [I asked him] how did you deal with it? He said, “Well, I internalized it. I felt like the best thing I could do was use that as fuel, as opposed to simply having an emotional outburst at them. I decided to use that as energy to enhance my performance.”

In an article for SLAM magazine in 2020, Russell wrote: “The Boston Celtics proved to be an organization of good people––from Walter Brown to Red Auerbach, to most of my teammates. I cannot say the same about the fans or the city.” Russell endured their calling him “baboon,” “coon,” and “nigger” during games. When Celtics fans were polled about how the team could increase attendance, Russell recalled, more than half responded: “have fewer Black guys on the team.” And he related how, while he and his family were living in Reading, Massachusetts, a predominantly white town north of Boston, “bigots broke into the house, spray-painted ‘Nigga’ on the walls, shit in our bed.”

The experience only seemed to make Russell more determined to use his voice to bring awareness to this country’s deep-seated racial problems. In 1967, he took part in the Cleveland Summit, a gathering of prominent Black athletes organized by the great NFL running back Jim Brown. Russell was among those who stood in solidarity with the boxer Muhammad Ali, who had been stripped of his heavyweight title and faced charges for refusing to serve in the Vietnam War. 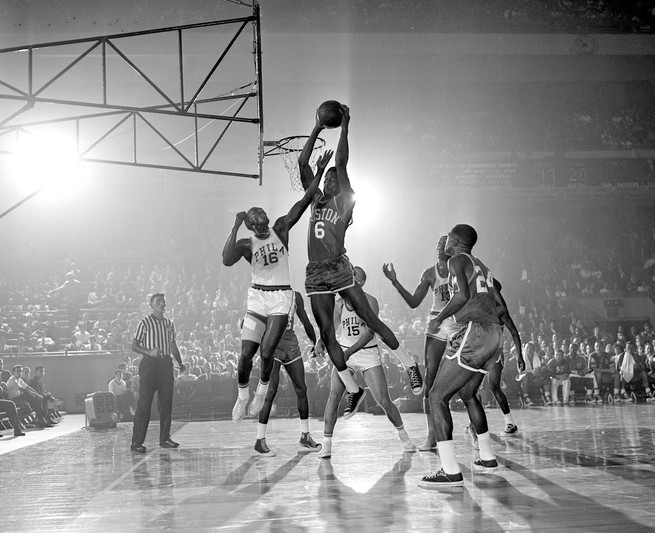 Long before LeBron James posted a picture of his 2012 Miami Heat team wearing hoodies to memorialize Trayvon Martin, the Black teenager who had been wearing a hoodie when he was killed by a vigilante who claimed self-defense, Russell was marching with Dr. Martin Luther King Jr., and speaking out about the treatment of Black people in America in the 1950s and ’60s.

Long before the University of Missouri football team threatened a boycott, in 2015, because of the university president’s mishandling of racism on campus, Russell oversaw the first integrated basketball camp in Jackson, Mississippi, after the assassination of civil rights leader Medgar Evers in 1963. Russell went ahead with the initiative despite death threats.

And long before NBA players forced the league to halt play in 2020 after the police shooting of Jacob Blake, a 29-year-old Black resident of Kenosha, Wisconsin, Russell had led a boycott that was joined by his Black Celtics teammates and the Black players on the St. Louis Hawks, after a restaurant in Lexington, Kentucky, refused to serve Russell and his teammates before the exhibition game. (The game went on without them, with only the white players participating.)

According to Gary Pomerantz’s 2018 book, The Last Pass: Cousy, Russell, the Celtics, and What Matters in the End, Russell responded to a reporter’s question about the boycott by saying:

One of the ways the American Negro has attempted to show he is a human being is to demonstrate our race to the people through entertainment, and thus become accepted. I am coming to the realization that we are accepted as entertainers, but that we are not accepted as people in some places. Negroes are in a fight for their rights—a fight for survival—in a changing world. I am with these Negroes.

That sense of solidarity with other Black athletes never left Russell, even after his basketball career was over. As a homage to Colin Kaepernick’s protest, Russell posted a photo of himself taking a knee while wearing the presidential medal of freedom that he’d received from President Barack Obama in 2011. (Full disclosure: I am a producer of the ESPN documentary series that Kaepernick and the director Spike Lee are making about the former quarterback’s banishment from pro football.) When the NBA players didn’t play after Blake’s shooting, Russell tweeted how proud he was of them for “standing up for what is right.”

Although players of this generation have largely been spared the same humiliating, painful racism that Russell experienced as he rose to become the NBA’s first Black superstar, his influence is foundational to Black athlete activism.

Jemele Hill is a contributing writer at The Atlantic.