Prisons Are Using the Pandemic to Impose Lockdowns

The coronavirus pandemic is leading to “an explosion in the use of solitary confinement in prisons, jails, and detention centers.” Punitive isolation under the pretext of public health is worsening the crisis of mass incarceration.

May 16, 2020 Michelle Chen The Progressive
Printer friendly
Prisons Are Using the Pandemic to Impose Lockdowns Published May 16, 2020 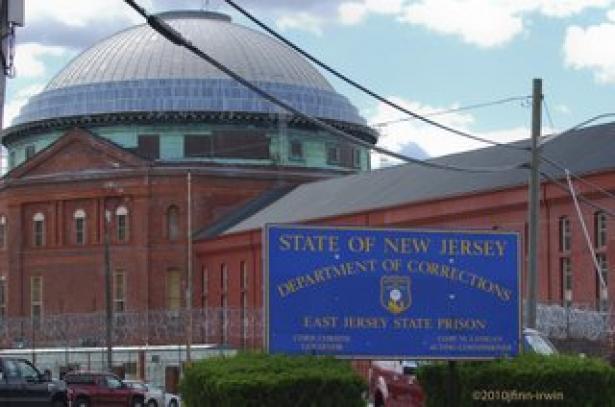 When New Jersey issued its stay at home order in response to the coronavirus pandemic, residents holed up in their homes and businesses shuttered. But for the thousands of residents whose home is behind bars, it was a different kind of “lockdown.”

“They have totally stopped all recreation. We do not go outside at all, no walking, no sitting on the bench to get air,” said a woman incarcerated at Edna Mahan Correctional Institution for Women, whose testimony was circulated by local advocacy groups in late April. “Isn’t this illegal? We are suffocating in here.”

“Suffocating” isn’t an exaggeration, according to accounts of the final moments of another woman incarcerated at Edna Mahan, Tiffany Mofield, who died in the shower after spending two weeks quarantined in the prison infirmary. The Intercept reported that Mofield complained of not being able to breathe, after being placed in solitary confinement despite being visibly sick.

Meanwhile, the New Jersey Department of Corrections (NJDOC) insists that its prisons are not actually under lockdown—which, in prison lingo, refers to locking people in cells as a security measure. Rather, NJDOC says it is taking “proactive measures to mitigate the spread of the virus” by restricting programming and promoting social distancing.

According to the Marshall Project, more than 300,000 people in prisons or jails are under “full or partial lockdown” in response to the pandemic. Typically this means that people are being confined to their cells most or all of the day, meals and recreational activities have been restricted, and visits are suspended. With more than 21,000 coronavirus cases and about 300 deaths in the federal and state incarcerated population so far, rights groups say these supposed public health measures are both ineffective and inhumane.

In Connecticut prisons, with more than 525 confirmed cases of COVID-19, correctional authorities are placing people with the virus in a separate “supermax” facility, Northern Correctional Institution, for medical isolation, supposedly in accordance with Centers for Disease Control and Prevention guidelines.

Leighton Johnson, an organizer with Stop Solitary CT, who himself spent years in solitary confinement at Northern, said in an interview many incarcerated people have been telling family members that they feared not only getting infected, but also being transferred to Northern.

“People are calling home crying saying that they don’t want to die,” he said.

A lawsuit filed by the ACLU of Connecticut on April 20 called the Connecticut Department of Corrections’ COVID-19 response plan “reactive, haphazard, and inconsistent.” The suit states that some transfers of COVID-19 patients to the facility had been delayed. and others who needed care had “not been screened, quarantined, or otherwise protected.”

One plaintiff, Ken Pierce, said in a legal declaration that he had already seen some dorm mates vanish after they came down with COVID-19 symptoms: “I feel like it is just a matter of time until we all get infected with the virus . . . Being in quarantine means that we usually don’t leave the dorm anymore . . . . By our count, there are ten people within four feet of each of us every time we go to sleep.”

Another plaintiff, Robert Miller, said that in late March and early April, he and other residents of the Carl Robinson Correctional Institution had protested against a lack of cleaning supplies and food that “was rancid, old, and often moldy,” by deliberately forgoing a meal.

Then, Miller said, correctional officers abruptly transferred him to Northern—apparently as a disciplinary measure—even though it is also serving as a temporary isolation ward for sick people from other prisons. He was placed in “a cell the size of a closet” and “given a Styrofoam cup of LEMON-ALL and paper towels to clean.”

Miller said he was suffering from severe asthma and “[feels] like I’ve had a cold for weeks,” but when he asked for a refill for his inhaler at his last medical appointment, “All [the staff member] did was check my vitals.”

“We are now sending sick incarcerated people to our supermax prison as essentially a warehouse for sick people to get better,” says Mel Martinez, Public Policy and Advocacy Director of the ACLU of Connecticut.

People who work in prisons are also at risk. More than 360 correctional staff have been diagnosed with COVID-19 across the state. Many of the frontline workers in the state’s prison system, including nursing staff, have complained about inadequate protective equipment at their facilities. Last month, a union that represents correctional staff, SEIU 1199NE, held a “rolling rally” with a car caravan, protesting what they say are unsafe, overcrowded working conditions.

Advocates have warned that turning a COVID-19 diagnosis into a sentence to a maximum security prison will backfire. “A lot of cases are going to go undocumented,” Johnson said, “because they are using this torture chamber to send those who are supposed to be sick.”

In New Jersey, a prison spokesperson said that the state’s prisons are not under “lockdown” and referred to language on NJDOC's website, stating that “group activities, dining, recreation, religious gatherings, and education have been either suspended or modified to minimize potential exposure.” Correctional staff were providing “enhanced sanitization efforts using bleach,” and “quarantine and medical isolation accommodations” to people who are potentially sick.

But only a small percentage of the state’s more than 18,400 incarcerated people have even been tested. As of May 13, NJDOC reported that slightly more than 600 people in prison had been tested, and 538 of them tested positive.

“The people inside are so scared,” says Bonnie Kerness of the New Jersey-based American Friends Service Committee (AFSC) Prison Watch Project. “Their parents are scared. Their loved ones are frightened. And often the communication has been interrupted drastically.”

As New Jersey’s prison death toll for COVID-19 climbs to one of the highest in the country, Kerness adds, “it’s like waiting for a tsunami to hit.”

A volunteer who regularly communicates with the women held at the Edna Mahan Correctional Facility says that people were now doubled up in their dormitories and spending more time inside: “They’re now getting one hour every other day outdoors,” the volunteer said, “which is just about useless, because it’s so crowded inside.”

There was also an acute lack of cleaning supplies. “What the girls clean with there are sanitary pads,” the volunteer said. “They are not issued sponges or anything else to clean with . . . They are the cheapest of the cheap. They use them as a disposable rag to clean with.”

With its notoriously overcrowded prisons, California’s correctional authorities have laid out detailed plans for infection control. A spokesperson for California Department of Corrections and Rehabilitation (CDCR) said that activities like showering and scheduled recreation had been modified and staggered to limit exposure, while cleaning supplies and cloth masks had been distributed to staff and the prison population  However, people on the inside say their liberties are being deprived, while they are no safer from the virus.

At Central California Women’s Facility (CCWF), Ashley Lowe, speaking via the prison email service, said that although both staff and inmates had masks, they were not being given cleaning supplies: “The[y’re] not even giving us tissue, pads, tampons, and no hand sanitizer—saying they don’t have none or a shortage.”

Elizabeth Lozano, also at CCWF, said via email, “Every other day we get yard time, one to one-and-a-half hour[s]—the only fresh air and exercise time [we get].” As a result of the restrictions, she wrote. “people are starting to get frustrated,” and there has been “[m]ore bullying in the rooms.”

Noting that “Social distancing is impossible” in her overcrowded cell, Lozano added, “The prison is not prepared with equipment or staff to deal with something of this magnitude. And it is terrifying to know we are at CDCR’s mercy with our lives.”

Advocates say the best way to keep people in prison healthy is to free them, and some states and counties are releasing people from prison and jail--though not nearly as much as advocates are demanding.

In early April, New Jersey Governor Phil Murphy issued an executive order for the early release of people age sixty and older, or with underlying health vulnerabilities, as well as people due for release within three months or whose parole requests were recently turned down.

Roughly 1,000 individuals were identified as potentially eligible for release, but as of early May, fewer than 100 people had actually been freed, the rest apparently still waiting to be approved by law enforcement authorities. Moreover, those ineligible for parole (and not convicted of murder or other serious crimes) would only be temporarily furloughed, not permanently freed.

Correctional authorities have rolled out similar, limited plans for prison releases in other states, including Connecticut, California, New York, and Illinois. Meanwhile, many counties have taken more dramatic steps to reduce their jail populations, through the release of pre-trial detainees, and in some cases releases from immigrant detention. But all have fallen short of what advocates are calling for to keep people safe.

The AFSC and Newark-based advocacy group People’s Organization for Progress has demanded that the state’s COVID-19 response plan prioritize reducing the prison population as rapidly as possible, including those who are suffering from medical problems, are within half a year of the end of their sentences, and “not likely to present an unreasonable risk of danger to the public.”

Since the efforts to grant early release nationwide, represent a small fraction of the roughly 2.3 million individuals now incarcerated or under supervision, civil liberties groups fear that correctional authorities’ overall response to the pandemic will not be systemic decarceration, but instead, a revival of deeply oppressive forms of imprisonment: punitive isolation, segregation and blocking contact with the outside world—all in the name of public health.

Jessica Sandoval, National Campaign Strategist for Unlock the Box, which works to end solitary confinement, says that while some states have made positive efforts to reduce their prison populations, the pandemic was leading to “an explosion in the use of solitary confinement in prisons, jails, and detention centers.” And punitive isolation under the pretext of public health was worsening the crisis of mass incarceration.

“These lockdowns are seen as punishment,” she says. “They haven’t done anything, but they’re being punished.”

Michelle Chen is a contributing writer for The Nation, a contributing editor at Dissent magazine and a co-producer of Dissent’s “Belabored” podcast. Find her on Twitter at @meeshellchen