Collective grief, from Minneapolis to vigils for victims of COVID-19, is inseparable from rebellion 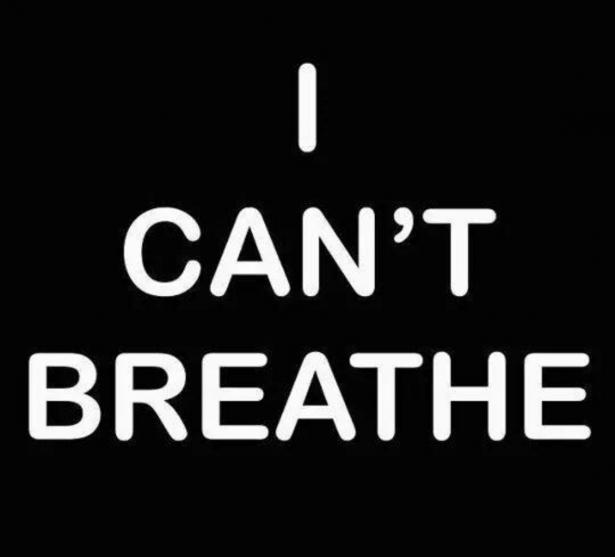 The words are so simple, a plea for life, and yet when the country heard George Floyd say them in a cell phone video, as a Minneapolis police officer pressed his knee into Floyd’s neck, those words unleashed something.

The people of Minneapolis are reminding us what happens when mourning becomes rage.

We had heard them so many times before.

George Floyd’s words not only echoed those of Eric Garner, who was put in a chokehold and killed by New York City police officer Daniel Pantaleo in 2014, but also those, conscious or unconscious, of the millions of COVID-19 patients—now more than 100,000 of whom have died of the virus in the U.S. alone. The grief and rage of the people of Minneapolis, Floyd’s neighbors and family and friends, as well as people watching around the world, has been compounded by the fact the virus was already killing black Americans at a horrifyingly high rate.

Nelini Stamp, organizing director at the Working Families Party and a longtime organizer against racist violence, noted that grief has been a part of struggle in communities of color for a long time. “Emmett Till’s funeral radicalized a bunch of people in the United States,” she told The Progressive. “His mother wanted the casket open.” In that space, she adds, collective grief met a determination to organize—the claiming of space to mourn became a pathway to rebellion. It is that realization that has led her and other movement organizers to create spaces for collective grief as the pandemic ravages their communities.

The people of Minneapolis are reminding us what happens when mourning becomes rage, and a collective demand for justice: for air to breathe, and the freedom to be left alone to do one’s breathing in peace, and the positive freedoms of access to health care, housing, and healthy food to make that breathing easier.

The Movement for Black Lives has had mourning at its center from the start. But sometimes, Stamp notes, it can be hard to remember to take the time for grief. “When videos are available of people being murdered—recently with Ahmaud Arbery’s murder caught on film—the more desensitized people can be,” she says.  “We have to always remind people that this is actually not what it is supposed to be like, whether it is people dying in detention centers, or whether it is [police killings].”

Collective grieving is a way of holding space to remember that things could—and should—be otherwise. From ACT UP and other parts of the AIDS movement to the fight for universal healthcare to the struggle against racist violence, Stamp points out, the people who are directly impacted—the people who are suffering and falling ill, who are losing family members, queer people, black women—have taught the rest of us how to mourn.

It is why Stamp came together with others to put together Naming the Lost, a combination ritual, vigil, art project, and most importantly, memorial for those who have died from COVID-19.

Stamp lost two members of her extended family to the virus in April, and because of the contagion, was unable to be there with any of them. “In my family’s tradition, you go to a wake and you spend two days in a funeral home,” she says. “You drink and you eat and you cry and you laugh and you remember. We don’t have that now. You can’t do that human stuff through Zoom.”

“When you name people, it feels real.”

It struck Stamp that many people were saying goodbye over FaceTime, over the phone, or not at all, and that the collective space to grieve was missing.

“We thought, ‘What does it look like to actually just read the names for twenty-four hours? We’re not going to get through a fraction of it, but what does it look like to actually name them?’” Stamp says. That brought them to the idea of a twenty-four hour vigil, held on May 20-21, where a variety of people could come together via video chat to read the names and share a few details about people who had died from the virus. “We came together to plan this vigil because, frankly, no one else was doing it at anywhere close to the scale we felt was needed,” says Carinne Luck, another organizer of Naming the Lost.

More than half a million people watched the stream, Luck says, in the first eighteen hours alone: “It wove together so many needs and yearnings folks were feeling: it was art and spiritual practice and organizing all in one, because as human beings we respond to and experience these things together.”

“When you name people, it feels real,” Stamp adds.

Public grieving is a way of asserting kinship beyond the immediate family. Funerals expand, inviting everyone who knew a person; in this way, rituals of mourning create and reaffirm communities. And not being able to share in those rituals adds to the pain of the loss.

The death of ACT UP cofounder Larry Kramer on May 27 underscores this memory, reminding us that the AIDS movement was made up of chosen family and that many gay partnerships were treated as less valid by the government (meaning that those who died of AIDS too often had their togetherness thwarted as they tried to care for one another and grieve their losses).

Grief can be intensely destabilizing without ritual. “Some losses are so severe that they rip apart the emotional landscape of a person’s reality. To move on, you more or less have to construct a new world. Without others to bear witness with you, that process feels like a departure from sanity,” as Kelly Hayes, an organizer, journalist, and the host of Truthout’s Movement Memos podcast, points out. “Even if others don't feel the loss as deeply as you do, it’s important to feel seen and for the enormity of the loss to be recognized by others.”

Collective mourning is an assertion of humanity in the face of those who would deny it. In this way, it is also an antifascist action, Hayes says.

Hayes was one of the organizers of We Grieve Together, a social media event that included the naming of names of those who died of the coronavirus as well as storytelling, art, and performances that took place on May 27.

Collective mourning is an assertion of humanity in the face of those who would deny it.

“I feel like we are losing our way during this terrible, chaotic time, and I am not entirely sure what it will take to overcome everything that we need to overcome, but I know we can’t do it without empathy, and our enemies know that too, which is why they are trying to stomp it out of us,” Hayes says. “We are all living in a state of evasion right now. Evading death, evading suffering, evading other people to avoid their germs. We need a moment of collective vulnerability.”

Thinking of grief as part of a political struggle can be difficult, though. Even radical organizers are not immune to the bootstrap mentality, the idea that vulnerability is too weak, too emotional, or, as Nelini Stamp put it, too feminine. They sometimes force themselves to keep going when they are hurting.

Yet, Stamp says, conservatives see no problem with weaponizing grief, while the U.S. left often misses its own moments to stake our claim to our losses. “Every year in New York, they read the names of everyone lost on September 11,” Stamp, who grew up in the city, says. As lessons for U.S. activists, she pointed to international demonstrations of political grief, from Argentina’s Mothers of the Plaza de Mayo marching against the dictatorship and its disappearance of their children; to the mourning for the forty-three activist students disappeared from Ayotzinapa, Mexico; to funerals during apartheid in South Africa.

After all, the disproportionate effects of the coronavirus demonstrate another facet of white supremacy—one that has long meant that it is harder for black Americans to breathe.

When I was doing research for my first book Necessary Trouble, I spoke with South Bronx Unite activist Mychal Johnson, who was organizing against the location of polluting industries in his mostly black neighborhood. In the Bronx, New York’s poorest borough, the coronavirus has taken a massive toll—nearly twice as many deaths as Manhattan, which has 15 percent more people. “People of color breathe different types of air and have different types of health outcomes due to the living environment around them,” Johnson told me in 2015. “We’re only fighting for our right to breathe.”

Yet, at the exact moment that it became clear that the virus was not the “great equalizer,” that it was killing more poor people, more people of color, as well as the elderly “hidden away” in nursing homes, “the focus moved away from the disease and the dying, and towards an essentially artificial debate about when, how or if to ‘reopen the economy,’” Carinne Luck says.

It makes sense, Stamp says, to be angry at the protests calling for reopening, but also, a better practice of public grief might help bring home the reality of the virus to those who haven’t been touched by it personally. “The average person can’t register a number more than like 150, like really, really register it,” she adds.

Some people may just not care about black lives—the deaths of George Floyd, of Ahmaud Arbery, of Breonna Taylor, made that abundantly clear once again—but others who attend reopen protests, Stamp suggests, may actually be struggling with the economic reality. “Without a grieving process, without recognizing the humanity in that space, you get the political divide that is happening—that was going to happen anyway—but [that’s] exacerbated because we are not humanizing the crisis.”

That polarization is created by a political and economic system that tells us to only look out for ourselves, and it’s made worse by the isolation of those suffering from the virus—an isolation that may be medically necessary but, nevertheless, serves to divide us even more into separate camps: those who are touched by the disease and those who are not.

“This society does enough to make us afraid of each other,” Hayes says. “We need moments of reconnection where we actually extend something to each other that’s worth having: empathy. That’s what matters most to me about all of this, creating a process by which people allow themselves to be vulnerable and to extend empathy to others.”

For Stamp, the vigil helped her heal her own losses, and turn back to the struggle at hand.

In those spaces—from grieving vigils in public, such as those held by New York community organizations to coincide with Naming the Lost, to the online actions put together by activists like Stamp, Luck, and Hayes—people can come together and find a little bit of collective joy within their pain, and from that, take the will to go forward and keep fighting.

“The only organizing I’m interested in is one that really meets people where they are—and stays with them in that place a while; that asks, what do you need right here not, how fast can I take you to where I want you to go,” Luck says. “What kind of movements can we hope to build, when we don't demonstrate authentic care and respect for those we are inviting in?”

For Stamp, the vigil helped her heal her own losses, and turn back to the struggle at hand. “There was a weight lifted off of my own shoulders because I had the space to finally name the people I lost,” she says. “It was healing and I can actually now fight for these folks. I can fight for these folks and the folks who are still living.”