Juneteenth and the Meaning of Freedom

Emancipation is a marker of progress for white Americans, not black ones. 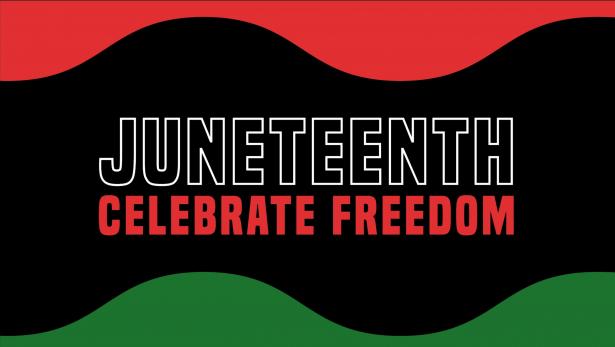 When word circulated earlier this month that Donald J. Trump would resume his campaign rallies on June 19th, with an event in Tulsa, Oklahoma, the confluence of date and location suggested that his typically leaden-handed racial trolling had taken on new levels of nuance. On its face, the choice of Tulsa defies political logic. In the upcoming Presidential election, Oklahoma is neither in play (Trump currently holds a nineteen-point lead there) nor lucrative (it will deliver just seven electoral votes to the winner).

By comparison, Trump trails Joe Biden by five points in Wisconsin and Pennsylvania, and eight points in Michigan—all states that have more electoral votes and are crucial to Trump’s reëlection hopes. But, when taken in conjunction with the date—June 19th, or Juneteenth, the informal holiday on which African-Americans recognize the delayed emancipation of the enslaved inhabitants of Texas—the choice of the second-largest city in a sparsely populated, deeply red state assumes additional significance. Ninety-nine years ago, the homes and the businesses of the black community in that city were levelled, and as many as three hundred people were killed by white mobs in what came to be known as the Tulsa Massacre.

To close observers, Trump’s move seemed like a knockoff of Ronald Reagan’s decision to speak in Philadelphia, Mississippi—the site of the murders of the civil-rights workers Andrew Goodman, James Chaney, and Michael Schwerner—in August, 1980, immediately after he had won the Republican Presidential nomination. (In June, 2016, Donald Trump, Jr., made a campaign stop there on behalf of his father; Trump himself made three campaign visits to Mississippi, where, that summer, he polled higher than in any other state.) But Trump, and whoever in his Administration proposed the Tulsa rally, likely had more contemporary concerns. If the serial protests, the outrage, and the conflagrations of the past three weeks can be viewed as a statement about race in the United States, the rally was meant to be a response. Like Reagan in 1980, Trump is apparently seeking to shore up support among whites who not only tolerate racism but feel that they, in fact, are the group being persecuted.

Yet even this inspired bit of middle-fingering the movement was shot through with Trumpian ineptitude. For decades, even among African-Americans, Juneteenth was primarily celebrated by those who lived in or were from Texas. In recent years, it has been more widely observed, but still overwhelmingly by African-Americans. The Trump team, in designing the Juneteenth stunt, dramatically elevated awareness of the day. Companies across the country have made Juneteenth a paid vacation day; governors, including Ralph Northam, of Virginia, announced plans to declare it an official state holiday. The backlash prompted Trump to postpone the rally by twenty-four hours. In another sense, though, the Administration’s actions were entirely apt for a day bound up with the ambivalent history of freedom in the United States.

George Floyd’s Death Sets Off a Wave of Protests

On June 19, 1865, when Major General Gordon Granger arrived in Galveston, Texas, to deliver General Order No. 3, proclaiming emancipation, the Civil War had been over for two months and freedom, at least theoretically, had been granted two and a half years earlier, by President Lincoln’s Emancipation Proclamation. (Congress had passed the Thirteenth Amendment, which abolished most forms of slavery, in January, 1865, though it was not ratified until December.) The size and the geography of Texas aided slaveholders in attempts to keep those enslaved from learning of emancipation. This was vital to the war effort: Lincoln’s edict had been calculated to disrupt the Confederate economy, which depended on enslaved labor. To the extent that Southern whites could keep the knowledge of emancipation to themselves, that labor force could be held in check. The strategy didn’t work: news of the emancipation spread, and Confederate states were hampered by black people escaping to the Union lines, with many of the men enlisting in the Northern ranks. The language of the Texas order spoke to the fragile nature of this new freedom; the paragraph that affirms the end of slavery also warns the black population against idleness and notes that unauthorized gatherings at military posts will not be tolerated.

The Emancipation Proclamation itself had been hedged to balance Northern interests and to incentivize Southern states with at least the possibility of retaining slavery if they rejoined the Union: the order freed only those people enslaved in areas of the country that were rebelling against the federal government. But Texas was in rebellion, and its black population did qualify for freedom on January 1, 1863, when the proclamation took effect. Texas ignored the proclamation, as did the ten other Confederate states. This all indicates a fundamental misunderstanding of the significance of Juneteenth. The fact that slaveholders extracted thirty additional months of uncompensated labor from people who had been bought, sold, and worked to exhaustion, like livestock, throughout their lives is cause for mourning, not celebration. In honoring that moment, we should recognize a moral at the heart of that day in Galveston and in the entirety of American life: there is a vast chasm between the concept of freedom inscribed on paper and the reality of freedom in our lives.

In that regard, Juneteenth exists as a counterpoint to the Fourth of July; the latter heralds the arrival of American ideals, the former stresses just how hard it has been to live up to them. This failure was not exclusive to the South. Northern states generally abolished slavery in the decades after the American Revolution, but many slaveholders there, rather than free the people they held in bondage, sold them to traders in the South, or moved to states where the institution was still legal. The black men, women, and children who heard Granger’s pronouncement a hundred and fifty-five years ago in Galveston were not slaves; they were a barometer of American democracy.

There’s a paradox inherent in the fact that emancipation is celebrated primarily among African-Americans, and that the celebration is rooted in a perception of slavery as something that happened to black people, rather than something that the country committed. The paradox rests on the presumption that the arrival of freedom should be greeted with gratitude, instead of with self-reflection about what allowed it to be deprived in the first place. Emancipation is a marker of progress for white Americans, not black ones. Trump, in planning to go to Tulsa for Juneteenth, was not trolling black people. He was trolling the United States Constitution. ♦

Jelani Cobb has been contributing to The New Yorker since 2012, and became a staff writer in 2015. He writes frequently about race, politics, history, and culture. His most recent book is “The Substance of Hope: Barack Obama and the Paradox of Progress.” He won the 2015 Sidney Hillman Prize for Opinion and Analysis Journalism, for his columns on race, the police, and injustice. He teaches at Columbia University’s Graduate School of Journalism.