labor Fact Check: Have There Really Been 500 Wildcat Strikes in June?

Chris Brooks looks at the data supporting a BLM- and coronavirus-inspired strike wave. 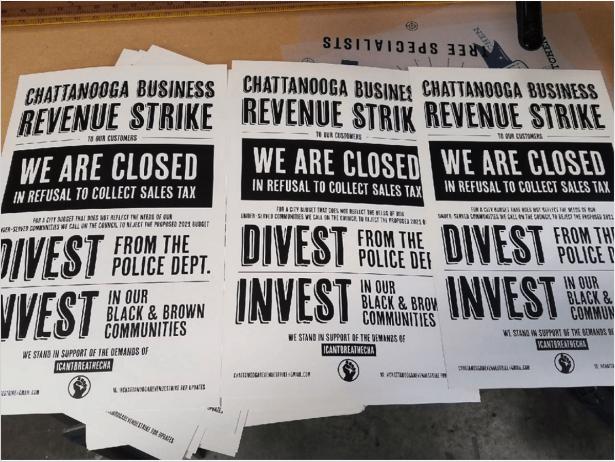 Have workers really “walked off the job at over 500 employers in the last 3 weeks alone”?

If you read the headlines on Payday Report, you might think so. But the evidence offered does not support this claim.

To be clear, there does seem to have been a large rise in worker walkouts and job actions since the coronavirus pandemic began rocking workplaces around the United States, something to which the site has been successfully drawing attention.

Collecting data on these strikes is difficult, because the Bureau of Labor Statistics only records strikes or lockouts involving 1,000 employees or more. It seems many of the work stoppages that have recently taken place around the country have been by much smaller groupings of employees. These actions are happening in both union and non-union workplaces, many happening as organic, desperate reactions to the failures of management to keep workers safe.

Despite the ubiquity of business reporting, there are few labor journalists covering all of these actions, so much of the reporting on the rising number of job actions has been anecdotal: Detroit bus drivers appear to have been one of the first groups of workers to strike and win safety demands; non-union apple workers in Washington’s Yakima Valley struck and won hazard pay and then stayed out on strike and won union recognition; Chicago nurses refused to leave the break room until they were given the personal protective equipment they needed; the Big Three automakers didn’t agree to shut down production in March until a wave of wildcat walkouts disrupted production.

In the absence of any government tracking and national reporting, Payday Report, the website of labor journalist Mike Elk, is attempting to fill the gap by collating and tracking information on workplace actions.

Unfortunately, digging beyond the headlines shows little evidence to back up the claim that we are currently experiencing the largest strike wave “since the closing days of World War Two,” as Elk claimed on a recent NPR interview.

To clarify, a strike is when workers collectively withdraw their labor to force their employer to meet their demands. By withholding what an employer needs, workers have powerful leverage. If you ask the boss for permission, or the boss voluntarily gets on board, that probably shouldn’t be called a “strike.”

A wildcat is a strike that is not authorized by the union. There are many reasons why a strike might not be authorized: it might be illegal, it might be in violation of the contract, it might not have been balloted by the union, the union leadership might not support the demands of the workers, to name a few. Wildcats are not just symbolic protests by employees, but are a species of strike.

Many, likely most, of the 500 so-called “strikes” tabulated by Payday Report since the beginning of June are not strikes at all. A review of the evidence provided by the site shows that hundreds are actions taken by employers, not workers — such as choosing to close the business for the day — or are worker-led actions that are happening while workers on break or off the clock.

Reviewing some of the other locations on the map that are counted towards the “500 strikes” that have allegedly happened over the past three weeks reveals much of the same:

Payday Report claims to have identified more than 540 wildcat strikes since May 31. Boosting these numbers by mislabeling something a “strike” or “wildcat” makes for sensational clickbait headlines. A story that does this is more likely to be shared by an enthusiastic public that is hungry for good news.

It is also likely to catch the eye of journalists, especially those who don’t know better (and apparently some that should). Payday Report’s findings have been rebroadcast on Twitter and in other media outlets, including the Intercept and the Economic Policy Institute, creating an arguably distorted and unrealistic picture of what is actually happening on the ground around the country.

“Tell no lies, claim no easy victories” is an old adage among organizers. The same should apply to labor journalism.

Again, the project of tabulating all work stoppages, especially in relation to major developments like the coronavirus pandemic and Black Lives Matter uprising, is a very commendable goal. As far as I can tell, no government agency, research institute, academic, or other media outlet does this consistently. But there are reasons to be doubtful about Payday Report’s numbers.

Taking group photos during a lunch break is not a strike. Tweeting support for racial justice with “strike” or “walkout” in a hashtag is also not a strike. This is not to say that these aren’t worthwhile and laudatory actions — they are! But that doesn’t mean we should misidentify them or inflate them into being something they are not.

Why? It’s important to maintain some clarity about the strike tactic. Local business owners signing on to a call to shut down their operations for a day might superficially look the same as a strike (the business is closed and people are in the streets), but there’s a significant difference in whose power is being deployed. With so many businesses joining in symbolic actions to proclaim their support for Black lives, conflating this with striking runs the risk of letting exploitative employers off the hook by giving them good PR without examining how they actually treat their Black workers. It also potentially confuses workers that job actions can or should involve the blessing of employers.

Journalism that promotes a distorted picture of the labor movement is doing us no favors. Besides accuracy being important in and of itself, what is most worrisome is that this kind of equivocating reinforces bad organizing.

It creates the impression that strikes are easy to pull off — as though all you have to do is issue a press release and use a hashtag. Workers who tried to organize a strike in this way would quite likely expose their organizational weakness to the boss. Or take hasty actions without preparing for the boss’s response, which could be ruinous for the workers involved. Workers participating in their first action who see a coworker get fired might walk away not wanting to get involved again.

For those looking for hope, there are many examples of unions taking meaningful action to challenge police violence and systemic racism without striking. Teachers unions in Minneapolis and Denver helped lead the charge for their school districts to cancel their contracts with the local police department. Members of the Martin Luther King County Labor Council voted to expel the Seattle Police Officers Guild from the federation. Facing growing state and local budget deficits, teacher unions in Chicago and Los Angeles, two of the largest school districts in the country, are joining with racial justice groups to pressure their local governments into cutting funding for the police and redirecting those resources towards education, healthcare, and other social services.

We all want to cheer labor on, but we’re not doing it any favors by pretending there is a spontaneous wildcat strike wave unrolling in support of racial justice when that is not the case. Shifting the balance of power in society is going to take a lot of hard work and will require large numbers of workers taking concrete actions that involve significant risks. Labor journalism should help to illuminate how power works and where good organizing is happening — without sacrificing accuracy in reporting. A map that accurately catalogues instances of worker-led strikes would be an invaluable resource.

Editor’s note: When asked for comment prior to publication, Mike Elk said that Payday Report was working on a way to differentiate between worker strikes and business strikes. However, he argued, it “also often happens during general strikes that employers close locations preemptively. It’s complicated.” For example, he cited, “during the West Virginia teacher’s strike, employers preemptively closed hundreds of schools where teachers hadn’t organized a strike. Does that still count?” He also pointed out that “these small businesses, by being closed, are still striking from the general economy and denying the state sales tax revenue to be used for police forces.” UPDATE: A further response can be seen here.

Chris Brooks is a labor journalist from Tennessee and a graduate of the labor studies program at the University of Massachusetts Amherst. He currently works as a staff writer at Labor Notes.