Access to medicine is an ethical problem, not a scientific one. And any COVID-19 vaccine is likely to have a high price tag and be unequally distributed according to countries’ purchasing power. 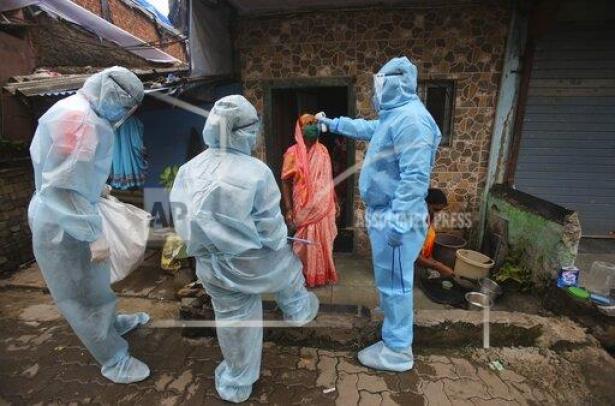 An Indian health worker wearing personal protective equipment checks the temperature a woman during a check up camp at a slum in Mumbai, India, Rafiq Maqbool/AP

As COVID-19 surges in the United States and worldwide, even the richest and best insured Americans understand, possibly for the first time, what it’s like not to have the medicines they need to survive if they get sick. There is no coronavirus vaccine, and the best known treatment, remdesivir, only reduces hospital recovery time by 30% and only for patients with certain forms of the disease.

Poorer people have always had trouble accessing essential medicines, however – even when good drugs exist to prevent and treat their conditions.

In the U.S., where there is no legal right to health, insurance is usually necessary for medical treatment. Remedesivir costs about US$3,200 for a typical treatment course of six vials, though critics argue its manufacturer, Gilead, could make a profit off much less. Internationally, high drug prices mean that critical medicines are often available only to the richest patients.

Access to medicines, in other words, is usually an ethical problem – not a scientific one. And that’s going to complicate the global coronavirus fight. Experts worry that any COVID-19 vaccine is likely to have a high price tag and, as a result, be unequally distributed according to countries’ purchasing power, not need.

With a little imagination, this challenge can be overcome. My new book “Global Health Impact: Extending Access to Essential Medicines” documents how in past epidemics, from polio and Ebola to HIV, the international community managed to get lifesaving drugs to patients – no matter where they lived or how much they earned. 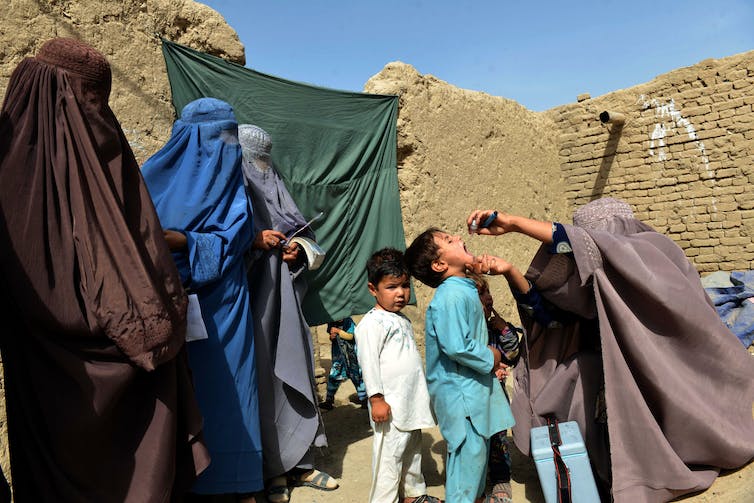 An Afghan health worker administers the polio vaccine to a child in Arghandab, Afghanistan, Aug. 17, 2018. Javed Tanveer/AFP via Getty Images

It took years for scientists to identify an effective treatment for HIV. But by 1997, most people diagnosed with HIV in Europe and the U.S. were living long and productive lives thanks to antiretroviral drugs.

Meanwhile, the disease was still killing 2.2 million people each year in sub-Saharan Africa because pharmaceutical companies claimed it was impossible to lower the US$10,000 to $15,000 annual cost per patient for antiretrovirals.

By 2000, competition from generic drug manufacturers brought the price of antiretrovirals down to around $350 per patient per year, allowing millions more worldwide to take them. 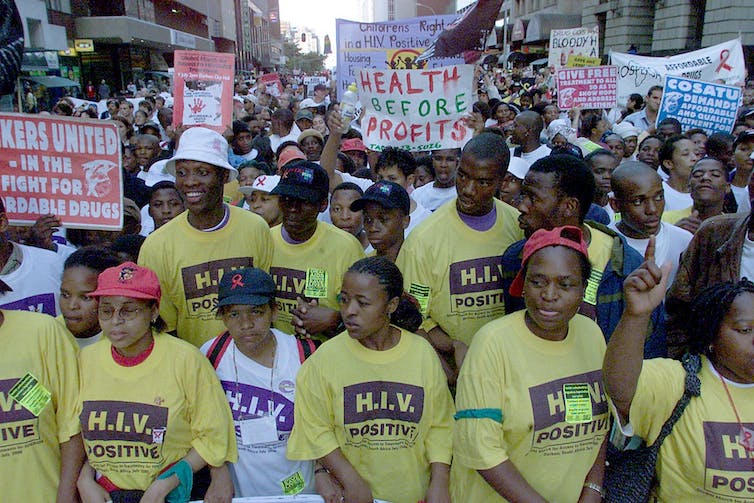 Around the same time, a similar story was playing out with tuberculosis, which had greatly diminished in the U.S. and Europe but remained deadly in many other places. The rise of drug-resistant strains – especially in the former Soviet Union and parts of Africa and Asia – posed a particularly terrible challenge.

Conventional wisdom held that people with drug-resistant TB couldn’t be saved. The drugs were too expensive, treatment courses too long and disease management too complicated.

The organization Partners in Health disproved that excuse by successfully treating 50 tuberculosis patients in Peru, then one of the world’s poorest countries. That project helped convince the World Health Organization to endorse multi-drug-resistant TB treatment. Global funding for TB treatment increased greatly and generic medicines were produced. Today more than 70% of people diagnosed with drug-resistant TB receive treatment

These health campaigns both demonstrate the virtue I call creative resolve, which is a fundamental commitment to overcoming apparent tragedy.

Other examples include the adoption of “ring vaccinations” in the 1960s – a contact tracing-based immunization strategy pioneered in the 1960s after mass vaccinations failed to stop smallpox – and a 2010 campaign to give children in Afghanistan their polio vaccinations at the circus.

Recently, the U.S. agreed to pay $1.2 billion for early access to a promising COVID-19 vaccine in the United Kingdom and secured first access to another by the French pharmaceutical company Sanofi, enraging citizens of those countries. Such arrangements also harm manufacturing countries like Brazil, Egypt and India, whose people have little access to the medicines their factories pump out. 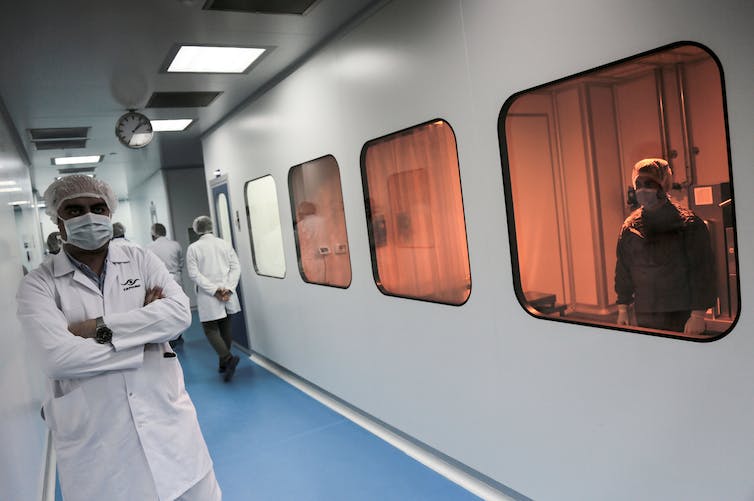 Egyptian patients will get little to none of the remdesivir produced by the Egyptian drug company Eva Pharma because the US has bought up the world’s supply. Fadel Dawood/picture alliance via Getty Images

There is some creative resolve on display in the COVID-19 fight, though.

For example, the Medicines Patent Pool – a United Nations-backed organization that encourages companies to share their patents in order to speed up innovation – is pushing this method for advancing the research and development of COVID-19 drugs.

Other health experts are proposing new medicine distribution mechanisms that would send drugs and vaccines where they’re most needed based on the net health benefits a population would receive.

That plan and others require smart data use. The Global Health Impact Project, a research collaboration that I direct, measures the effectiveness and availability of lifesaving medicines. The idea is that if we know which drugs are actually addressing pressing health needs and where, policymakers and health organizations can craft more targeted treatment access plans.

Such information could be also used creatively to reward drug companies for their global health impact. Governments could create an international prize, say, that awards funds to companies based on the lives saved by their COVID-19 drugs and other essential medicines. That could offset profit as the primary motivation for drug research, development and sales.

And if pharmaceutical companies don’t voluntarily help people in poor countries, those governments can do what they’ve done in past health crises: let other companies produce generic versions of patented medicines, to protect the common good.

Editor’s note: This story has been corrected to reflect the disease that Afghan children were vaccinated against in 2010.