The Electoral College Is Surprisingly Vulnerable to Popular Vote Changes

Mathematically speaking, this system is built to virtually ensure narrow victories, making it very susceptible to efforts to change either voters’ minds or the records of their choices. 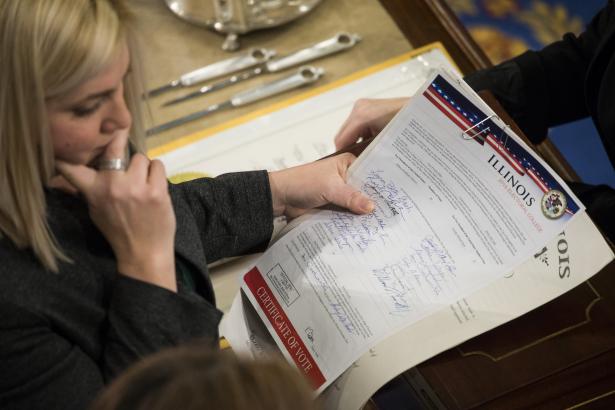 In the 2000 U.S. presidential election, changing just 269 votes in Florida from George W. Bush to Al Gore would have changed the outcome of the entire national election. Similarly narrow results have happened in nearly one-third of the country’s presidential elections – and five winners of the nationwide popular vote did not become president, including in 2000 and 2016.

The Electoral College divides one big election into 51 smaller ones – one for each state, plus the District of Columbia. Mathematically speaking, this system is built to virtually ensure narrow victories, making it very susceptible to efforts to change either voters’ minds or the records of their choices. In fact, in certain circumstances the Electoral College system is four times more vulnerable to manipulation than a national popular vote.

In at least 18 of the 58 U.S. presidential elections held between 1788 and 2016, the popular vote count may have seemed to indicate a clear winner, but looking more closely – at the number of votes required to change the Electoral College result – the election was actually very close.

That shows how the Electoral College makes meddling a lot easier, and more effective, when an adversary – whether a vote-machine hacker or a propaganda and disinformation campaign – changes just a small fraction of votes in a few states.

The closest Electoral College victory ever – except for 2000’s – came in 1876, when Rutherford B. Hayes lost the popular vote to Samuel Tilden by about 250,000 votes but won the Electoral College by a single vote.

The election was disputed, and Northern and Southern states struck a political compromise that gave Hayes the White House in exchange for ending federal troops’ occupation of the former Confederate states. That dispute could have been avoided if just 445 South Carolinians – 0.01% of the national vote – had voted for Tilden instead of Hayes.

Even elections that seem like relative runaways are susceptible. Barack Obama won in 2008 by nearly 10 million votes, but the outcome would have been completely different if a total of 570,000 people in seven states had voted for John McCain – just 0.4% of the participating voters.

For outside influence to change the popular vote winner, propagandists and misinformation peddlers would have had to shift 5 million people’s votes – nearly 10 times as many. 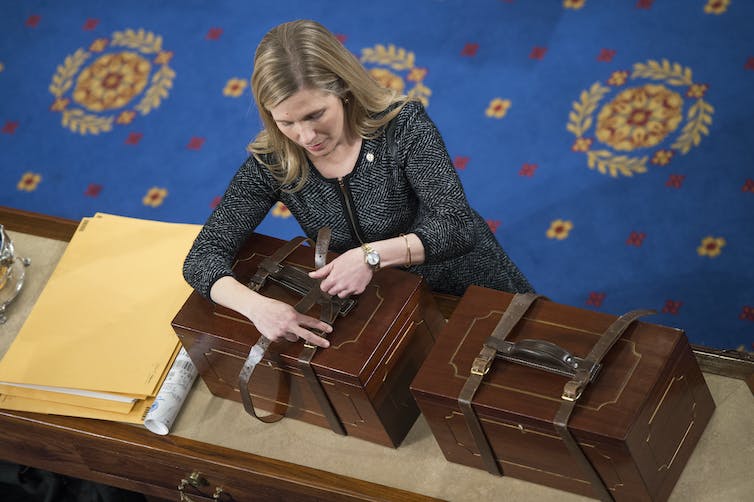 Is the popular vote less vulnerable?

For mathematicians like me, it’s instructive to try to calculate exactly how vulnerable an election result is to changes in one or more popular votes. We try to pick the “best” method, among all hypothetical ways of taking a bunch of votes and determining the election’s winner.

[Expertise in your inbox. Sign up for The Conversation’s newsletter and get expert takes on today’s news, every day.]

Suppose we run an election between candidate A and candidate B, in which each has an equal chance of winning. Then imagine that once the popular votes are cast, an adversary looks at the tallies and changes some fixed number of popular votes, in a way that changes the election’s outcome. A majority vote has the least number of options for an adversary to reverse the outcome. So, in this sense, majority voting is the “best.”

It is, of course, unrealistic to think that an adversary would know the detailed vote tallies. But this scenario provides a useful analogy because it’s extremely difficult to predict how people will vote – and equally hard to calculate how an adversary might target certain voters and not others. 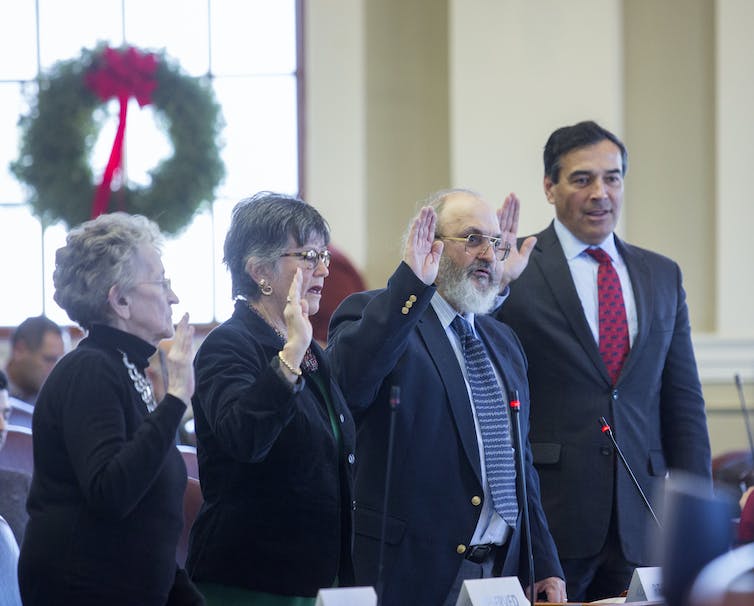 There is another way to simulate the potential for an adversary to somehow change votes. This time, instead of an adversary changing a fixed number of votes, assume there is a 0.1% chance that the adversary switches any vote to the other candidate. This assumption could be reasonable if there are adversaries working for each candidate. By allowing the vote changes to be totally random, we simplify the calculations and still end up with a reasonable approximation of how all the various factors interact with each other.

Then, using tools from probability such as the Central Limit Theorem, it’s possible to calculate that in elections with large numbers of voters there is, on average, about a 2% chance that 0.1% random vote corruption changes the outcome of a majority vote. On the other hand, for the Electoral College, the chances of a successful interference rise to over 11% – if each state is assumed to be of equal size. By adjusting the states’ sizes to reflect the real number of voters in U.S. states, the chance of interference is still over 8%, four times the chance for a majority vote.

That four-to-one ratio is unchanged, so long as an adversary’s chance of changing a vote is relatively small: The Electoral College system is over four times more susceptible to vote changes than the popular vote.

The above calculations examined only elections with two candidates. Determining the smallest possible probability of a changed outcome for democratic elections with more than two candidates is much harder. Building on the work of many people, I have made some recent progress demonstrating that plurality voting is most resilient to random vote corruption.

There is no one best voting method. Every approach has undesirable flaws, such as the potential for a third-party candidate’s entry in the race to change the winner of the election. Ranked-choice voting has its flaws, too. But it is clear that when attempting to protect an election from outside influence, the Electoral College is far weaker than a popular vote.