More fresh hell from Team Trump, mutual aid and wins for the electoral left in New York State, the generation gap at home, and more 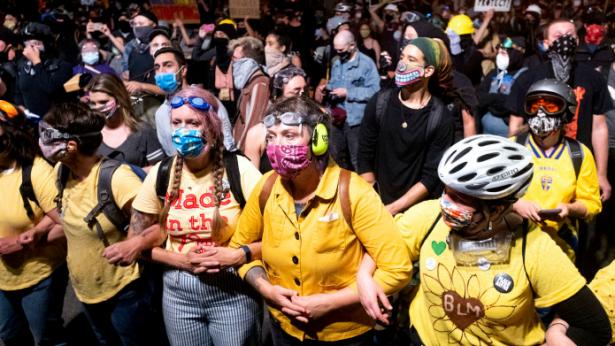 The Crackdown and the Election By Heather Cox Richardson, July 19, 2020, Moyers on Democracy

Progressives and socialists remaking the state’s politics and establishing themselves as a force to be reckoned with.

Satanism and sex rings: How the QAnon conspiracy theory has taken political root.

A group of artists known as the Trump Statue Initiative installed statues around Washington, D.C. on Friday depicting President Trump as a "destroyer of civil rights and liberties."

Three decisions suggest that the Christian conservative crusade to blur the lines between democracy and theocracy is bearing fruit.

The Generation Gap At Home

Families are reckoning with differing perspectives on policing and systemic racism.

The memo says homeless shelters can use "factors such as height, the presence (but not the absence) of facial hair, the presence of an Adam’s apple" to find suspected trans women.

A Breakthrough in Iran

A number of recent cases, aided by the growing influence of social networks, are helping to challenge a ban on females singing in Iran.

Dozens of informal volunteer groups that have been set up to help neighbors in need since the onset of the COVID-19 pandemic.