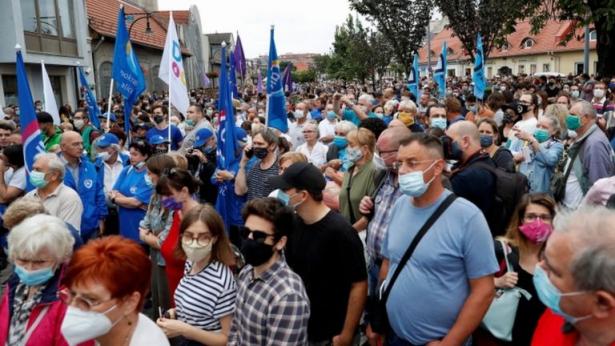 TikTok and the Tech War

We live in an age where apps wars between major nations have geo-technological fallout.

Congress has a million-plus documents from Big Tech antitrust investigation, and are ready to grill big-name CEOs.

Troubles at the Times

What Local Reporting Tells Us

Local Matters, a weekly newsletter digest of the best local watchdog reporting around the country. The idea is to celebrate local investigations for an audience outside the normal, local readership.

While tech giants have taken steps to remove, or label as false, potentially harmful misinformation on the Covid-19 pandemic, there has been a seeming acceptance of those who spread false theories on the climate crisis.

More than 70 journalists and staff at Hungary's top news site Index have resigned, accusing the government of launching a bid to destroy or tame their website. Index is the last of Hungary's key independent media and editor in chief Szabolcs Dull was fired on Tuesday.

Twitter announced that it would take action against QAnon activity, a move that may seem to be a long-overdue step to address a movement that the FBI considers a potential domestic terrorism threat.

Messenger is seriously lacking on the security front. And this is a problem which is both getting worse and which Facebook cannot easily fix.