labor If You're a Blue-Collar Worker, Trump is Not Your Friend

August 12, 2020 Steven Greenhouse CNN
Printer friendly
If You're a Blue-Collar Worker, Trump is Not Your Friend Published August 12, 2020

)It has long been confounding that President Donald Trump's strongest supporters are Whites with only a high school education. This is bewildering because the Trump administration has repeatedly and systematically hurt America's blue-collar workers and favored corporations over them. 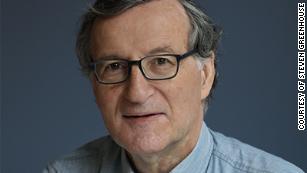 Although Trump ran in 2016 as a champion of the working class, he has undermined them again and again. His administration has adopted no enforceable rules whatsoever to protect these workers from the spread of Covid-19, not for factories, construction sites, warehouses or any other places where his most loyal followers are at risk of getting sick and dying.

Trump is pushing hard to kill the Affordable Care Act, which has made health coverage available and affordable to millions of working Americans, including those with pre-existing conditions.

Trump has made it easier for Wall Street firms to take advantage of workers when handling the hard-earned money in their 401(k)'s by scrapping the "fiduciary rule" that required the firms to act in the best interest of workers, rather than in the firms' best interests.

The administration has joined Senate Republicans in pushing to take away workers' right to sue an employer if they contract Covid-19 on the job.

So if a meat-packing plant, auto plant, steel mill, coal mine, construction site, trucking depot or big box store fails to do enough to protect its employees from Covid-19 -- tough luck, under this proposal they would not be able to sue.

Trump replaced an Obama-era rule that had extended overtime protections to millions more workers with a far narrower rule, meaning that millions of blue-collar Americans will no longer qualify for overtime pay.

Nor has Trump done anything to lift the minimum wage, a basic step that would not only help lift many low-wage workers out of poverty, but also lift the wages for millions of blue-collar workerswho make more than the minimum.

During the 2016 campaign, Trump vowed to spend $1 trillion to improve the nation's decaying roads, bridges and airports. His nebulous infrastructure plan was supposed to create hundreds of thousands of good-paying middle-class jobs, especially for construction workers. But Trump has not gotten to square one on infrastructure. Could it be due to Trump's 2017 tax cuts that tilted in favor of rich Americans and corporations?

Trump's Council of Economic Advisors promised that those tax cuts would raise the income of average families by $4,000 a year. They didn't.

Trump has appointed federal judges who have systematically favored corporate America over workers.

His Supreme Court appointee, Neil Gorsuch, provided the deciding vote to let corporations prohibit workers from bringing class actions to sue their companies, for instance, for cheating workers on overtime or not paying government-required wages on construction projects. That ruling relegates aggrieved workers to individual, behind closed doors arbitrations, which greatly favor companies over workers.

Trump's administration and judicial appointees have worked aggressively to weaken labor unions, the one institution that does most to speak for workers and increase their pay. Under Trump, the National Labor Relations Board has taken many steps to make it harder for workers -- whether Uber drivers, retail workers, or McDonald's workers -- to unionize.

Whether or not you like unions, there's no denying that when unions are stronger in the workplace and politics, workers get a fairer shake and higher wages, and corporations have less power to push through laws that help businesses and block worker protections.

Once Covid-19 arrived, Trump did astonishingly little to save workers' jobs; he has done far less than European governments -- including Boris Johnson's conservative government in Britain.

The US jobless rate soared from 3.6% in January to 14.7% in April -- the highest rate since the Great Depression -- while in Germany it inched up to 6.1% in May from 5.2% in January and in Britain it remained unchanged at 3.9% between January and May

The reason: many European governments made sure that workers kept their jobs by agreeing to underwrite 80 or so percent of corporate payrolls so long as companies didn't lay off their workers. But the Trump administration did little to deter large corporations from laying off workers, and its Paycheck Protection Program -- which sought to discourage small businesses from laying off workers by making federal loans available to them that would be forgiven if they kept their employees -- was not nearly as effective in preventing layoffs as hoped.

Trump promised that factory closings would end on his watch, but the 1,600 workers at GM's shuttered auto plant in Lordstown, Ohio, saw that that was an empty promise.

Many blue-collar workers applaud Trump's tough talk on trade, but the truth is that Trump, despite his tirades against the North American Free Trade Agreement, agreed to a revised Nafta with only modest improvements for American workers and a pathetic enforcement mechanism to stop violations by Mexico.

Only when Congressional Democrats demanded that Trump negotiate further improvements was the updated Nafta agreement changed to include an enforcement mechanism with real teeth and measures to prevent Mexican corporations from improperly undercutting American workers.

Moreover, Trump failed to line up our traditional allies, including Europe, Canada and Japan, to join us in pressuring China. That hugely reduced our bargaining leverage and made it easy for Beijing to single out America's businesses and workers for retaliation.

If you are a blue-collar worker who cares about opportunities for your children, you should realize that Trump has in ways made it harder for them. He has repeatedly pushed to scale back federal loans and grants for non-affluent students, changes that could increase the cost of higher education for student borrowers by more than $200 billion over 10 years.

His administration has blocked efforts to stop for-profit colleges from ripping off veterans -- many from blue-collar families -- after many veterans were bilked out of tens of thousands of dollars.