This new book analyzes the history of the intertwined relationship in the United States between Christianity and white supremacy. 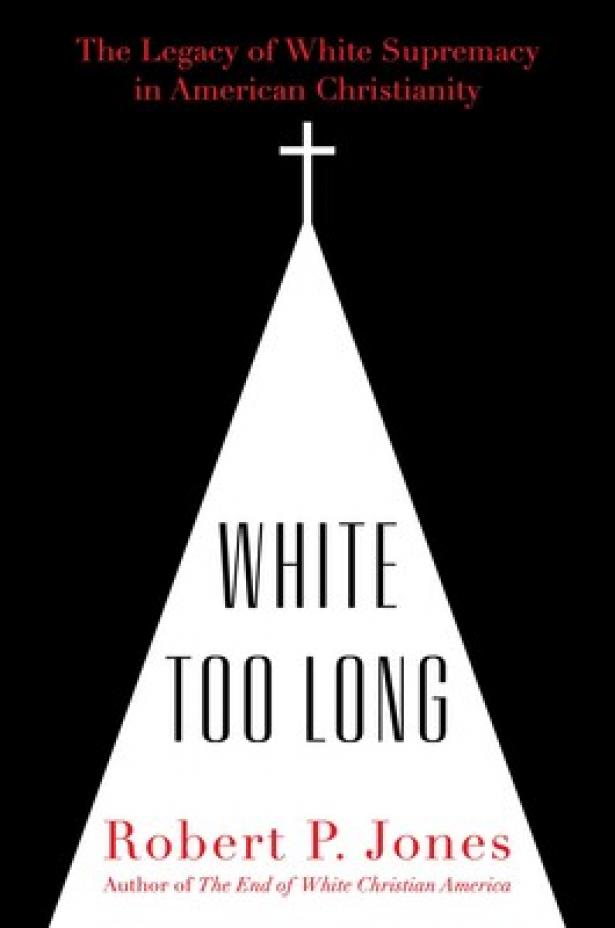 In 2016, Robert Jones proclaimed the death of a US dominated by its pioneer stock. White Protestants comprised less than a third of the country, white Christians just 47%. Only four decades earlier, more than four in five had identified as white and Christian and 55% were white Protestants. To drive the point home, Jones titled that book The End of White Christian America.

Talk about jumping the gun. Just months after publication, white evangelicals went for Donald Trump by better than four to one while white voters overall cast their lot with the Republican by a 20-point margin. Like it or not, Trump’s election demonstrated the potency of religion fused to race. Gloria in excelsis Deo.

Jones is the founder of the Public Religion Research Institute (PRRI). Its board includes the Very Reverend Dr Kelly Brown Douglas, dean of the Episcopal Divinity School at Union Theological Seminary in New York, and Alan Abramowitz of Emory University, a political science professor. Its worldview is liberal and ecumenical.

Just in time for the 2020 election, Jones is back with White Too Long. His timing is impeccable, as is his subtitle: “The Legacy of White Supremacy in American Christianity”. The book’s draws its title from the biting words of James Baldwin: “They have been white … too long; they have been married to the lie of white supremacy too long.”

Once again the US is beset by racial strife. Its president worships a mythologized past and genuflects before statues of dead Confederate generals. This is what idolatry can look like.

In Trump’s words: “When people proudly have their Confederate flags, they’re not talking about racism.” Colin Kaepernick, by the president’s logic, should just shut up and be grateful and Nascar, the NCAA and SEC football all got it wrong when they ordered the Confederate battle flag removed from public spaces. Ditto Mississippi, which recently redesigned its state flag.

Jones leaves little doubt as to where he stands, and he deserves our attention. White Too Long marshals history and statistics impressively. It is also semi-autobiographical. The author describes his life and churchgoing as he grew up in the south. He refers kindly to a family Bible from the early 1800s.

Looking at the numbers, Jones contends that active religious affiliation correlates to racial bias, and makes a colorable case. White Too Long also points to data that being a religious dominant group in a particular region ties to higher prejudiced attitudes. In other words, heightened racial bias is found to be particularly prevalent among white Catholics in the north-east and white Protestants in the south.

Even so, white Catholics in Delaware, New York and Rhode Island preferred Barack Obama to John McCain on election day 2008. Generalizations have their limits.

As expected, Jones points a finger at southern churches, as pillars of slavery and segregation. But he also chronicles how mainline Protestant and Catholic churches assisted their congregants in resisting integration. Religion became handmaiden to the status quo. “Love thy neighbor” was read narrowly.

Yet as Jonathan Haidt of New York University has repeatedly observed, diversity and social cohesion seldom go hand-in-hand. By contrast, a shared faith lends itself to community and common outlook. As a result, what is preached from the pulpit is usually in sync with what gets said at church picnic or Sunday dinner, not the other way around. Scripture’s stated ideals are limited by facts on the ground, if not outright ignored.

As the US careened toward civil war, slavery and secession divided white Christians and Jews alike. The “Curse of Ham”, invoked in a New York synagogue in the run-up to the conflagration, recapitulated arguments posited by slavery-sympathetic Protestant clergy a century earlier.

The Bible could mean different things to different people in different ways at different moments. The Israelites’ exodus could be tethered to Paul’s admonition that slaves obey their masters. Not surprisingly, slave owners were frequently paragons of piety.

People, including a man wearing a Confederate flag shirt, hug after a prayer circle after a Black Lives Matter protest in Dallas in 2016. Photograph: Carlo Allegri/Reuters

Church stained-glass windows below the Mason-Dixon line paid homage to Robert E Lee and Stonewall Jackson. The cross, the flag and the whip of the overseer could be beatifically bound together.

Periodically, Jones averts his gaze from diversity of sentiment within Christianity. In 1700 Samuel Sewall, a Massachusetts businessman and magistrate, wrote The Selling of Joseph, a theological rebuttal to the contention black people were inferior in the eyes of God. Sewall had been a judge during the Salem witchcraft trials. People are complicated.

Henry Ward Beecher, a Congregationalist minister, preached a “Gospel of love” and sent guns and money to anti-slavery forces in Kansas. His sister, Harriet Beecher Stowe, wrote Uncle Tom’s Cabin. The lyrics to the Battle Hymn of the Republic were penned by a northern abolitionist, Julia Ward Howe, but its melody traveled back to southern revival meetings 60 years before.

Jones asserts that predominantly white churches must engage in reckoning, restitution and repentance, to heal and atone for the sins of the past. But it seems the best that can be expected is more incrementalism – and that can be meaningful too.

For example, Southern Baptists in Mississippi successfully argued that a new state flag was a moral obligation. That denomination is overwhelmingly white and conservative.

Beyond that, economic levers are likely to prove more persuasive. Corporations carry more clout than churches. Markets are unsentimental.

The heart of political evangelism lies not in the pews but at Daytona and Talladega, the cathedrals of stock car racing. If Nascar can ban the Confederate flag, that is a message to others. All appear to be listening – except the president.

An attorney in New York, Lloyd Green was opposition research counsel to George HW Bush’s 1988 campaign and served in the Department of Justice from 1990 to 1992.