The Long Tail of Voter Suppression

As the growing number of Black and Latinx voters threaten the GOP’s stranglehold on power, attempts to limit safe voting options during the pandemic reveal a deeper sickness in Texas politics. 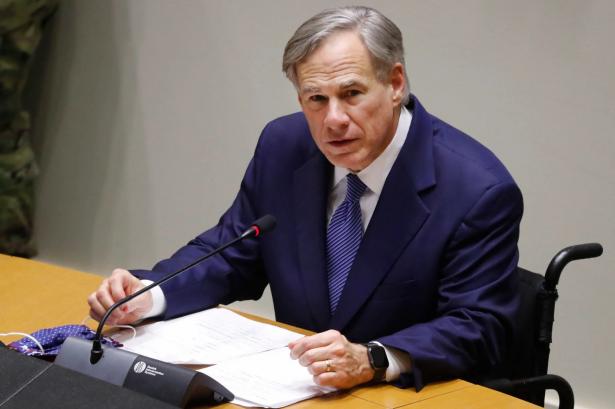 This article was published in partnership with The Nation. Founded by abolitionists in 1865, The Nation has chronicled the breadth and depth of political and cultural life from the debut of the telegraph to the rise of Twitter, serving as a critical, independent, and progressive voice in American journalism.

Last month, cars snaked through the parking lot of San Antonio’s AT&T Center as volunteers in bright yellow MOVE Texas t-shirts directed traffic through the sprawling complex. Some of them wore face shields and carried clipboards as they bounced between cars registering people to vote. The Spurs Coyote even wore an Uncle Sam getup for the occasion, posing for photos with organizers and newly registered voters.

Ahead of this year’s pivotal election, the threat of contracting COVID-19 scuttled traditional voter registration drives and in-person campaigning across the state. The virus complicated get-out-the-vote efforts for groups like MOVE Texas, a progressive nonprofit that has spent the past several years trying to boost historically dismal turnout among young people, who could soon make up one in three voters in the state. As voting rights groups got creative, organizing drive-through registration events and phone banking to try and boost turnout, they also urged Texas leaders to adapt.

Instead, the state’s top Republican officials have waged a multi-pronged battle to restrict ballot access during the pandemic. While voting wars are nothing new to Texas, this year’s election will not only serve as a referendum on Trump but could also determine Texas’ political future for a generation. The barrage of efforts to limit safe voting options for Texans during the pandemic is symptomatic of a deeper sickness in the state’s politics, one that’s become increasingly obvious in recent years as a growing number of eligible Black and Latinx voters threatens the GOP’s stranglehold on power.

Texas’ regressive voter registration laws are one reason the state consistently ranks at or near the bottom in the nation for voter participation—and why Democratic organizers have long called Texas a “non-voting state” rather than a red one. In 2013, the U.S. Supreme Court struck down a key plank of the landmark Voting Rights Act that prevented Texas and other states with a track record of race-based voter suppression from changing voting rules without federal review. In the years since, Texas has implemented one of the strictest voter ID laws in the nation, passed legislation making mail-in voting more burdensome, eliminated more polling places than any other state, and attempted to purge tens of thousands of naturalized citizens from its voter rolls. Unlike a majority of states, Texas continues to fight online voter registration and limits who can vote by mail.

As the virus spread in Texas throughout the spring and summer, Governor Greg Abbott fought to uphold restrictions on mail voting; despite the virus, only Texans who are 65 or older, cite a disability or illness, will be out of the county during the voting period, or are confined to jail can vote absentee. In early October, Abbott issued an executive order restricting mail ballot collection boxes to one per county after election officials in the state’s largest counties established multiple drop off sites to counter any problems caused by an expected influx in mail-in voting amid cutbacks and delays at the U.S. Postal Service. Voting rights groups argued that the move targets the state’s most vulnerable voters and disproportionately impacts minority communities that have already been hit hardest by the pandemic. Abbott’s prohibition on more than one dropbox applies the same to Loving County, population 169, and Houston’s Harris County, population 4.7 million.

“They’re not even trying to hide it anymore … It’s just like this never-ending tactic that cheapens democracy and confuses voters, and that’s by design.”

Other state Republican leaders have even attempted, unsuccessfully, to block Abbott’s extension of early voting by nearly a week—the governor’s only concession to prevent crowding at polling places during a pandemic that has already killed and infected thousands of Texans. Just as polls started to open this week, the Texas Republican Party also filed a lawsuit trying to shutter drive-through voting centers in Harris County—because at this point, why not?

“They’re not even trying to hide it anymore,” says Myrna Pérez, director of the voting rights and election project at the Brennan Center, one of several groups challenging Abbott’s voting restrictions in court. “It’s been all out this election—misinformation about voting by mail, racialized lies about noncitizens being on the voter rolls, barriers to access like the deputy registrar system, holding fast to stingy eligibility requirements for mail voting during a once-in-a-century pandemic … It’s just like this never-ending tactic that cheapens democracy and confuses voters, and that’s by design.”

Texas elections have never really been free and fair. The first state constitution drafted after the Civil War in 1866 denied equality to freedmen and prohibited them from voting, serving on juries, or holding public office—rights that would only come after Congress intervened through a series of Reconstruction Acts. White terrorism defined the state’s 1868 election, the first in which freedmen could cast a ballot in Texas. Freedmen’s Bureau records from the time show that white vigilantes used violence and intimidation to scare Black people away from the polls. Despite this, 10 freedmen were elected to serve as delegates for the state’s next constitutional convention, which helped pave the way for more than a dozen African Americans to serve in the state legislature for the first time ever the following year.

As Black people flexed their rights, brutal reprisals soon followed. Freedmen’s Bureau records from the summer of 1868 detail the “deliberate and barbarous murder” of A.R. Wilson, a Black voter registrar in Burleson County, who was snatched from his bed by a band of white men and lynched. Like much of the white supremacist violence that plagued the South during and after Reconstruction, the viciousness of the attack on Wilson seemed designed to send a message. Records note that his body was “fearfully mangled with knives” and that his attackers apparently scalped him before throwing his body into the Brazos River. Wilson’s experience wasn’t isolated; that summer, a Brazos County judge sent a desperate letter to the governor asking for troops to quell the violence in his county, pleading, “Send them immediately as we do not know how many more may be murdered before they get here.”

While the methods of suppression have changed, the motivation today seems to be the same as it was during Reconstruction: a changing electorate that challenges white power.

The forms of suppression eventually evolved. After the federal government pulled troops out of the South, effectively ending Reconstruction, white Democrats in Texas seized power in areas that had become new centers of Black political organizing, like Harrison County, using force, fraud, and coercion. All-white primaries became the favored method for voter suppression in Texas—not only disenfranchising Black people but also Hispanics, Native Americans, and other minorities—until the Supreme Court struck them down in 1944. Texas wouldn’t get rid of poll taxes until 1966; literacy tests and “secret ballot” restrictions used to disenfranchise and defraud poor and illiterate voters persisted until 1970. Students at Prairie View A&M, one of the state’s oldest historically black universities, continue to fight for equal voting rights to this day.

The long tail of suppression extends to Texas’ current voter ID law, according to the Corpus Christi federal judge who twice struck it down—only to see the law upheld on state appeal. The law, passed in 2011 and then revamped in 2017 because of court challenges, accepts gun licenses but not student IDs as a prerequisite for voting. “This history describes not only a penchant for discrimination in Texas with respect to voting,” federal district court judge Nelva Gonzales Ramos wrote in a 2014 opinion, “but it exhibits a recalcitrance that has persisted over generations despite the repeated intervention of the federal government and its courts on behalf of minority citizens.”

Research suggests that such historical racial animus continues to influence voting behavior of Black communities in the South. One study last year by Jhacova Williams, an economic historian and assistant professor at Clemson University, showed that southern counties that experienced a higher number of lynchings have lower voter Black voter registration rates, even when accounting for other factors that may have an effect on voting behavior such as education, earnings, and incarceration rates. Williams’ research also showed that Black people who live in counties with more historical lynchings are less likely to vote compared to their white counterparts.

While the methods of suppression have changed, the motivation today seems to be the same as it was during Reconstruction: a changing electorate that challenges white power. Unsurprisingly, conservative efforts to police the vote have reached a fever pitch over the past decade, from Abbott, when he was attorney general, siccing investigators on Black get-out-the-vote organizers; to current AG Ken Paxton hunting down minor voting irregularities to justify his office’s larger war on voter fraud. Judges and experts have repeatedly found the overall fraud rate in American elections to be infinitesimal. Yet last year, just weeks after Abbott appointed David Whitley secretary of state, he tried to scrub naturalized citizens from the voter rolls; the attempted purge followed months of Texas conservative groups parroting Donald Trump’s baseless claims of widespread voting by noncitizens. Paxton has filed curiously timed allegations of fraud involving mail ballots on the eve of the past two major elections. 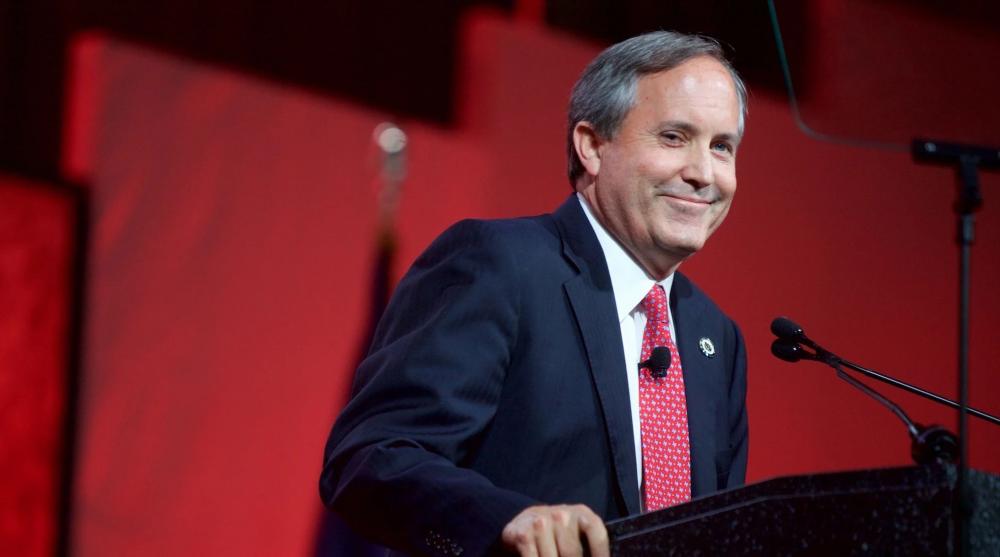 Continued efforts to suppress or confuse voters during a pandemic are just the latest installments in Texas’ long legacy of restricting ballot access. “It fits into this legacy of terrorizing, intimidating, scaring, and confusing voters in order to limit their power,” says Carol Anderson, a professor at Emory University who studies voter suppression and the author of One Person, No Vote.

Organizing by MOVE Texas and other groups in recent years has resulted in soaring turnout among youth voters. Alex Birnel, advocacy manager with MOVE, says those voters won’t soon forget how Texas Republicans responded to shifting demographics in the state—by drawing communities of color into districts that dilute their growing voting power while simultaneously erecting barriers, like voter ID, tailor-made to disproportionately hobble them at the polls.

“I almost want to frame the story of voting in Texas another way, as one of an unstoppable force running into a seemingly immovable object,” Birnel says. “These young voters are increasingly Black and brown, and the relationship between these voters and the forms of suppression are very obvious to an increasing number of people,” he says. “We’ll remember that at the ballot box. I think we know a threat when we see one.”

Michael Barajas is a staff writer covering civil rights for the Observer. Before joining the Observer, he was editor of the San Antonio Current and managing editor of the Houston Press. He holds a bachelor’s degree from Ohio University’s E.W. Scripps School of Journalism. You can reach him on Twitter or at barajas@texasobserver.org.

For 60 years, the Observer has employed some of the best writers and journalists in Texas — Ronnie Dugger, Billy Lee Brammer, Willie Morris, Molly Ivins, Jim Hightower, Lou Dubose, Nate Blakeslee and Jake Bernstein, among many others—to unearth the state’s most important stories. Dugger covered East Texas lynchings that major dailies refused to report; Ivins wrote about Texas politics like no one ever had; Blakeslee uncovered a racist drug bust in the Panhandle town of Tulia that proved a national disgrace; Bernstein revealed the corruption beneath Tom DeLay’s campaign fundraising strategies. Our current staff carries on that tradition. In the past five years, the Observer has broken some of the biggest stories in Texas.