Why New Zealand Rejected Populist Ideas Other Nations Have Embraced 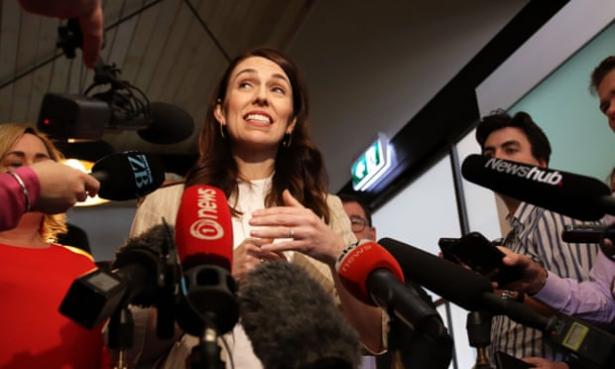 Jacinda Ardern, New Zealand’s Labour prime minister who was returned to power for a second term with a commanding majority, has often been hailed internationally as a foil to global surges in right-wing movements and the rise of strongmen such as Donald Trump and Brazil’s leader, Jair Bolsonaro.

But the historic victory of Ardern’s centre-left party on polling day – its best result in five decades, winning 64 of parliament’s 120 seats – was not the only measure by which New Zealand bucked global trends in its vote. The public also rejected some political hopefuls’ rallying cries to populism, conspiracy theories and scepticism about Covid-19.

“When you look at the numbers, New Zealanders have essentially been satisfied with their government since 1999,” said Stephen Mills, the head of UMR, Labour’s polling firm. That period had spanned two Labour and two centre-right National prime ministers – including Ardern – all of whom had led fairly moderate governments. 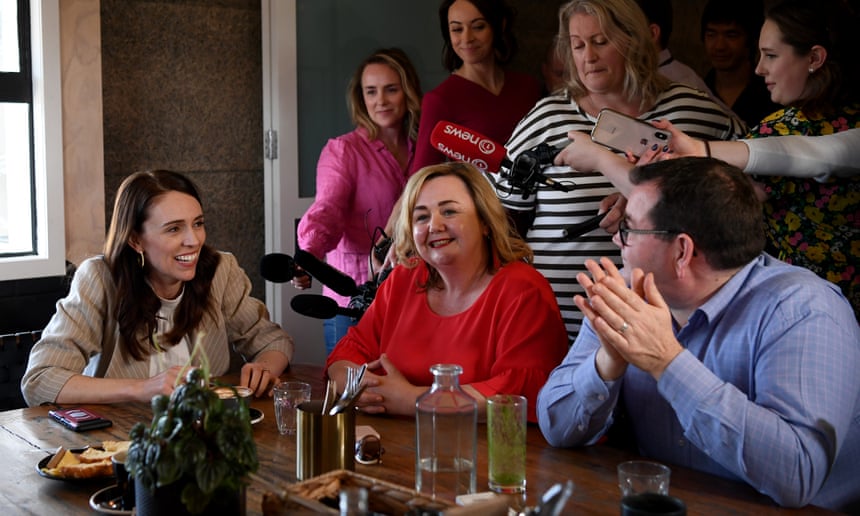 Since 1991, UMR has asked poll respondents whether they felt the country was on the right track, with the response staying “basically positive” for the past 21 years, even during the global financial crisis and the Covid-19 pandemic, which has prompted the deepest recession in decades.

“People were deeply satisfied with the government,” during the peak of New Zealand’s coronavirus response, said Mills (Ardern has won global accolades for her decisions during the crisis, with New Zealand recording one of the world’s lowest death tolls).

“Records were set during Covid with that number in our polls, which is so weird when you think about it, during a pandemic,” Mills said.

“We have a functioning political system, we have one house of parliament and a neutral public service,” Farrar said.

In contrast, he said, the US had seen “net negative” results for most of the past 40 years, meaning people felt the country was headed in the wrong direction.

In Australia – where news outlets owned by Rupert Murdoch have been decried for driving confrontational politics and elevating populist sentiment – “right direction” polls were often negative too.

“A huge reason that our politics is not so extremely polarised and so far out there is because we no longer have Murdoch-owned press in New Zealand, and it’s never taken a foothold,” said David Cormack, the co-founder of a public relations firm and a former head of policy and communications for the left-leaning Green party.

In Britain, a majority had felt the country was headed in the wrong direction before 2016’s Brexit vote, in which 52% voted to leave the European Union, Farrar said.

Such sentiment allowed populist movements to gain momentum, Farrar said, something that contented New Zealanders had mostly avoided. It did not hurt that marginal views are often given short shrift in a country that views dramatic public displays as faintly embarrassing.

Advance NZ, a new party in the 2020 election that made its name by campaigning against Ardern’s Covid-19 restrictions, vaccinations, the United Nations, and 5G technology, won just 0.9% of the vote, attracting 21,000 ballots from the 2.4 million New Zealanders who cast them. 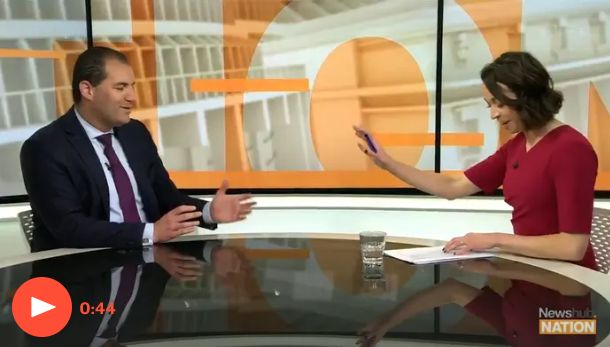 ‘I don’t want to hear any of that rubbish’: Tova O'Brien's interview with Jami-Lee Ross – video

The result means the party will not enter parliament. Two days before the election, Facebook removed Advance NZ’s page from its platform for spreading Covid-19 misinformation.

“They are cynical, opportunistic narcissists and this is absolutely what they deserved,” said Emma Wehipeihana, a political commentator for 1 News, in election night remarks that were widely applauded on social media.

But Farrar, the National pollster, was wary of New Zealand declaring victory over conspiracy theorists.

“We’re not immune,” he said, adding that the 1,000 people who attended an election launch for one of Advance NZ’s co-leaders “wasn’t nothing.”

Farrar said the accepted range of political discourse had widened as a result of the party’s campaign: “There was strength there which is ripe for plucking.” 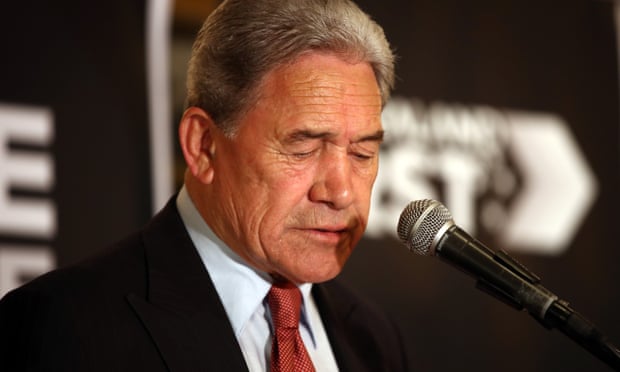 One mainstream politician who embraced the moniker of populist during the electoral cycle was Winston Peters, the leader of New Zealand First, whose political career could be over after his party failed to win enough votes on Saturday to return to parliament.

Peters told the Guardian ahead of the vote that it was time for “the end of that nonsense that somehow populism is a suspicious category of person”.

His result of 2.6% of the vote, down from 7.2% of the vote in 2017, suggested the help he received in his campaign from the pro-Brexit campaigners Arron Banks and Andy Wigmore did not result in the surge of populist support the men had expected.

Before the election the New Zealand First leader and the “bad boys of Brexit” – Banks and Wigmore were two of the chief architects of the Leave.EU campaign for the UK to leave the European Union – told the media outlet Newshub that they planned to sow “mayhem” in New Zealand’s vote through Peters’s campaign. It never arrived.

“If there was any real impact on his campaign, apart from slightly gaudier social media and a bit of sort of corny exaggerated combativeness in his online presence, then it certainly wasn’t apparent to me,” said Ben Thomas, a public relations consultant and former National government staffer.

Thomas added that Peters’s naturally rebellious, oppositional tone had not worked once he was part of the government.

“Brexit was an anti-establishment movement and Peters is the deputy prime minister,” he said.

Stephen Mills, the head of the polling firm UMR, said Peters’s embrace of populism had been the least of his problems.

“It seemed to be a completely incompetent campaign,” he said.

Another high-profile lawmaker who has dabbled – inadvertently, he said – in conspiracy theory rhetoric admitted to his “huge mistake” the day after the vote.

Gerry Brownlee, the deputy leader of centre-right National, suffered a shocking loss in his electorate seat of Ilam, Christchurch, which he had held for quarter of a century, and was considering his future in politics.

While the loss was attributed to more than one factor, Brownlee on Sunday addressed remarks he had made in August suggesting the government had known more about a Covid-19 outbreak than it had told the public.

“I made a flippant comment that then quite reasonably was construed as suggesting something that I didn’t intend to convey,” he told Radio New Zealand on Sunday. “I don’t think something like Covid-19 should be treated in any other fashion other than extremely seriously.”

Charlotte Graham-McLay is a freelance journalist based in Wellington

... in the coming weeks, and the results will define the country for a generation. These are perilous times. Over the last four years, much of what the Guardian holds dear has been threatened – democracy, civility, truth.

The country is at a crossroads. The Supreme Court hangs in the balance – and with it, the future of abortion and voting rights, healthcare, climate policy and much more. Science is in a battle with conjecture and instinct to determine policy in the middle of a pandemic. At the same time, the US is reckoning with centuries of racial injustice – as the White House stokes division along racial lines. At a time like this, an independent news organization that fights for truth and holds power to account is not just optional. It is essential.