The office was dedicated to the long-term safety of vaccines. Experts say plans to track coronavirus vaccines are fragmented and "behind the eight ball." 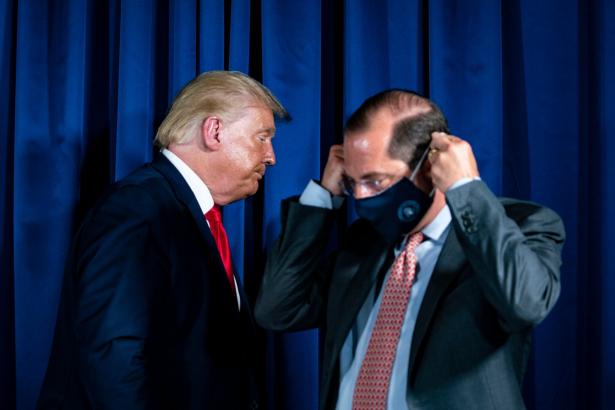 As the first coronavirus vaccines arrive in the coming year, government researchers will face a monumental challenge: monitoring the health of hundreds of millions of Americans to ensure the vaccines don’t cause harm.

Purely by chance, thousands of vaccinated people will have heart attacks, strokes and other illnesses shortly after the injections. Sorting out whether the vaccines had anything to do with their ailments will be a thorny problem, requiring a vast, coordinated effort by state and federal agencies, hospitals, drug makers and insurers to discern patterns in a flood of data. Findings will need to be clearly communicated to a distrustful public swamped with disinformation.

For now, Operation Warp Speed, created by the Trump administration to spearhead development of coronavirus vaccines and treatments, is focused on getting vaccines through clinical trials in record time and manufacturing them quickly.

The next job will be to monitor the safety of vaccines once they’re in widespread use. But the administration last year quietly disbanded the office with the expertise for exactly this job, merging it into an office focused on infectious diseases. Its elimination has left that long-term safety effort for coronavirus vaccines fragmented among federal agencies, with no central leadership, experts say.

“We’re behind the eight ball,” said Daniel Salmon, who served as the director of vaccine safety in that office from 2007 to 2012, overseeing coordination during the H1N1 flu pandemic in 2009. ”We don’t even know who’s in charge.”

In a brief statement, a different spokesperson said that Operation Warp Speed was working closely with the Centers for Disease Control and Prevention “to synchronize the IT systems” involved in monitoring vaccine safety data.

Scientists at the C.D.C. and the Food and Drug Administration have decades of experience tracking the long-term safety of vaccines. They’ve created powerful computer programs that can analyze large databases.

“It’s like satellites looking at the weather,” said Dr. Bruce Gellin, the president of the Sabin Vaccine Institute, who headed the National Vaccine Program Office from 2002 to 2017.

But monitoring hundreds of millions of Americans who may get different coronavirus vaccines from a variety of drug makers by summer is like tracking a major storm beyond anything researchers have dealt with before.

The closest parallel was in the spring of 2009, when a new strain of H1N1 influenza emerged, and researchers raced to make a vaccine. From October 2009 to January 2010, it was administered to over 82 million people in the United States.

As the vaccine was developed, Dr. Gellin and other federal officials and scientists organized a system to monitor the population for severe side effects and to promptly share results with the public. Eleven years later, it looks like the lessons of 2009 are being forgotten, experts say.

“We got all these different agencies together, we created governance around it, we created a regular monitoring plan, as well as a public communication plan,” said Dr. Jesse Goodman, the F.D.A.’s chief scientist during the H1N1 pandemic. “I think that something very much like that is even more needed now. And, you know, we haven’t yet seen that emerge.”

In the 1970s, the U.S. government set up large-scale programs to monitor vaccine safety. There was a system for parents to report symptoms their children experienced after getting a vaccine. It may get 50,000 reports from parents, doctors, hospitals and vaccine makers in a typical year. But the tool has limits: People may not report symptoms that should be investigated, or may see a connection to a vaccination where none exists.

“People are vaccinated one day, and the next day they have some bad medical event, and then they scratch their head and say, ‘Well, you know, I was fine until this happened,’” Dr. Gellin said. 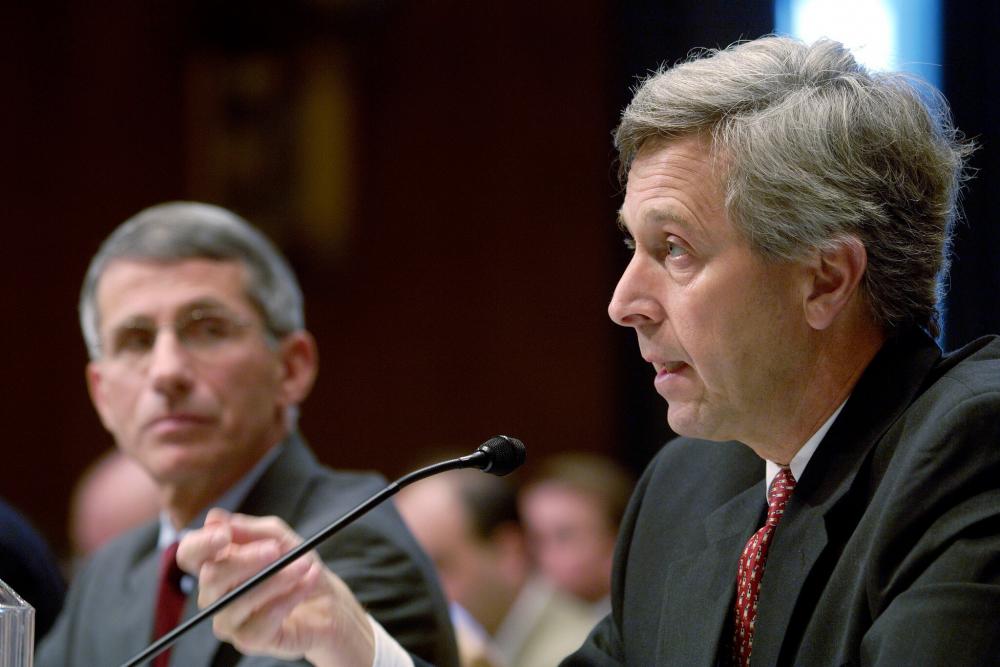 Dr. Bruce Gellin, who headed the the National Vaccine Program Office for 15 years, appearing before the Senate in 2005. Chris Greenberg/Getty Images

In 1990, the C.D.C. set up a new way to track vaccines that didn’t depend on people coming forward. The agency worked with health care organizations to get updates on people’s medical conditions. That system now covers 12 million people. Researchers can use it to look for clusters of symptoms that arise in people who get the same vaccine.

When the H1N1 flu hit in 2009, Dr. Salmon recognized that these methods didn’t track enough people to quickly pick up rare symptoms. He reached out to researchers at Harvard to build a new system, which came to be known as PRISM. Ten states supplied vaccination records, and five health insurance companies shared anonymous information about 38 million members. PRISM then connected the two databases to track insurance claims in the wake of vaccination. “That really gave us a ton of data,” Dr. Salmon said.

Scientists from various federal agencies gathered every two weeks to share data and look for worrying clusters of symptoms. Every month, outside experts reviewed the evidence and released public reports. “Vaccine programs are contingent on trust,” Dr. Gellin said, “and transparency is a huge element of that.”

The vast majority of reports turned out to have nothing to do with the new vaccines. Just a handful of medical conditions required an intensive review. The researchers noticed that some vaccinated people developed a facial weakness called Bell’s palsy, for example, but within two weeks they ruled out vaccines as the cause.

In the following years, as emerging viruses caused outbreaks of Ebola, MERS and other diseases, experts called for more preparations for the next pandemic. In 2016, President Barack Obama set up a global health security office at the National Security Council. But in 2018, the Trump administration disbanded that office, saying it was streamlining bureaucratic bloat.

The next year, the National Vaccine Program Office met a similar fate. Alex M. Azar II, the secretary of health and human services, said in a letter to Senator Patty Murray, the ranking member of a health subcommittee, that the merger, as part of a broader department reorganization, would “increase operational efficiencies by eliminating program redundancies and decreasing program costs.”

Read the Document The Trump Administration last year shut down an office focused on the long-term safety of vaccines.

The offices were merged “after a study by career staff who recommended to the Assistant Secretary for Health that this was the best way to improve the function of both offices by creating synergies and eliminating stovepipes,” said Admiral Brett Giroir, assistant secretary for health, in a brief statement. “I wholeheartedly concurred with this recommendation because strengthening vaccine effectiveness and confidence and ending the H.I.V. epidemic are two of my most critical priorities. Anyone who is suggesting that we closed this office has no clue what they’re talking about.”

But Dr. Nicole Lurie, who was assistant secretary for preparedness and response at H.H.S. during the 2009 pandemic, said the loss of the vaccine safety office was especially costly once the coronavirus pandemic hit. “The coordinated leadership for stuff like this would likely come from the National Vaccine Program Office,” she said.

Dr. Lurie, now an adviser at the Coalition for Epidemic Preparedness Innovation, has been waiting along with other researchers, month after month, for coordinated leadership to emerge from the federal government on long-term vaccine safety. “There are a whole bunch of people who were really concerned about this,” she said.

An F.D.A. official who declined to be identified said that in the absence of the National Vaccine Program Office, F.D.A. and C.D.C. staff members were relying on relationships they had built across the agencies, meeting regularly to discuss their separate projects.

That leaderless effort concerns Dr. Lurie. “There’s no sort of active coordination to bring all the information together,” she said.

On Thursday, an expert from the C.D.C. and another from the F.D.A. gave presentations about monitoring systems at a meeting of the F.D.A.’s vaccine advisory committee. One system will use smartphone apps to stay in touch with health and other essential workers after their vaccinations. Another will look at a database of electronic health records and insurance claims, and yet another will use Centers for Medicare & Medicaid data to track people over 65.

Although each system may reveal important clues, they have limits that worry outside experts. Dr. Steven Black, the co-director of the Global Vaccine Data Network, observed that the Medicare system only registers billing information, resulting in a time lag. “The patient has to get into the hospital, leave the hospital and a bill needs to be sent,” he said.

The other systems can provide safety information much faster, but they’re small compared with the PRISM system, which now covers about 60 million people. The F.D.A. still uses PRISM for drug safety research, but not for vaccines. Dr. Salmon is baffled that the agency hasn’t tapped into it again. “Why would you not use that?” he asked. (An agency spokeswoman said it might use PRISM in the future should the need arise.) 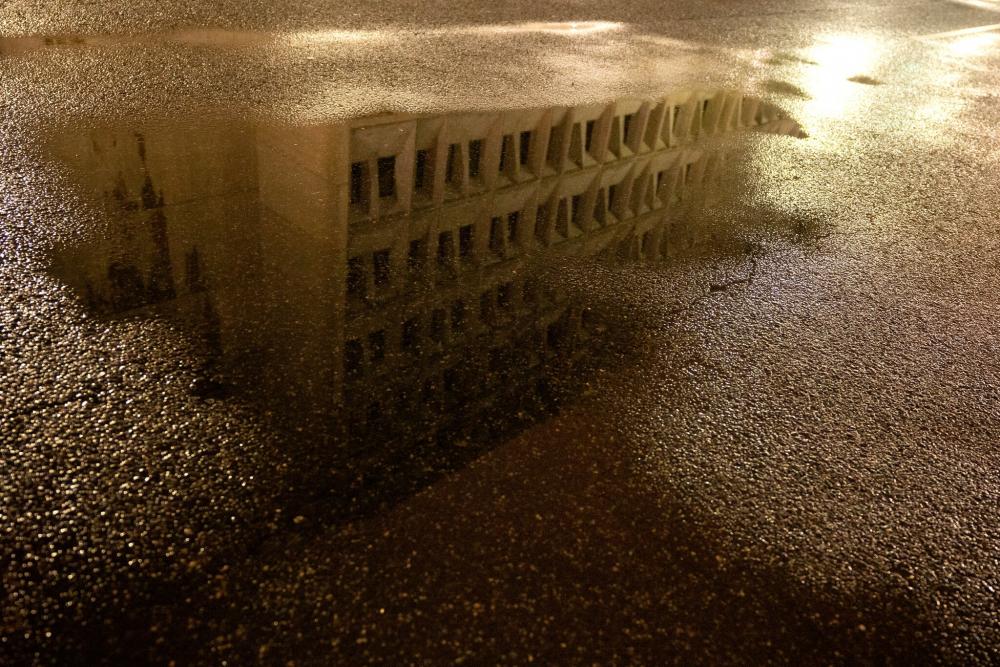 The Hubert H. Humphrey building, which houses the Department of Health and Human Services, reflected in a puddle. Stefani Reynolds for The New York Times

The F.D.A. official said the agencies were still building lists of symptoms they plan to track closely. The C.D.C.’s list includes conditions like strokes and seizures. But it is also including entirely new conditions the coronavirus causes, like Multisystem Inflammatory Syndrome, which affects many organs at once.

The agencies are searching the scientific literature to estimate the background rates of these outcomes. But Dr. Salmon warned that lockdowns and other disruptions have made some conditions more common and others less so. Comparing the health of vaccinated people with that of people from before the pandemic may set off false alarms.

Dr. Salmon and other researchers are concerned that no overarching plan for communicating findings to the public has emerged. The F.D.A. official said the agency would post its updates on its website. A C.D.C. committee will get safety data from the agencies and discuss the results at public meetings.

But that may fall short of what’s needed to foster public confidence. A poll conducted earlier this month by Stat and The Harris Poll found that 58 percent of Americans said they would get vaccinated as soon as a vaccine was available, down from 69 percent in August.

The explosion of disinformation on social media will make clear communication vital. “I think that preparing for Russian disinformation campaigns should be part of preparing for the rollout of a Covid vaccine,” said Steven Wilson, a political scientist at Brandeis University.

Dr. Grace Lee, a professor at the Stanford University School of Medicine and a member of the C.D.C. committee, agreed that such preparations were urgent, but said they were beyond the committee’s scope: “A national communication strategy and plan is much needed.”

Carl Zimmer writes the “Matter” column. He is the author of thirteen books, including “She Has Her Mother's Laugh: The Powers, Perversions, and Potential of Heredity.” @carlzimmer • Facebook