"The Undoing" goes to great lengths to get us to empathize with the travails, the struggles, the sadness, the moral failings and even the sheer tediousness of wealthy white people. 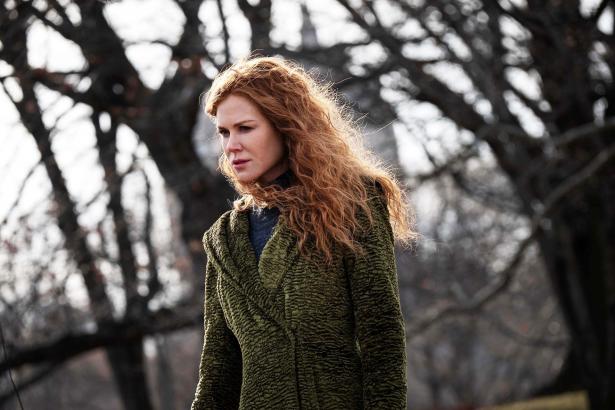 "They think they can get away with it because they're rich," a voice intones at the end of the trailer for HBO's new thriller miniseries "The Undoing." Advance publicity suggested the show was an indictment of the smug impunity and corruption of the wealthy and privileged — a sequel perhaps to "Big Little Lies" (also written by David E. Kelley) or a "Knives Out" with fewer jokes and more ominous music.

Advance publicity suggested the show was an indictment of the smug impunity and corruption of the wealthy and privileged — a sequel perhaps to "Big Little Lies."

However, the series is not about criticizing the power dynamics of class, but about reinforcing them. "The Undoing" loves rich white people and their stories, and cares about nonrich, nonwhite people only insofar as they provide a spice of sex, drama and passion to the narratives of the drab and powerful.

Very loosely based on the novel "You Should Have Known" by Jean Hanff Korelitz, the plot of "The Undoing" is composed almost entirely of twists and shock revelations that make the narrative both wearisomely shallow and impossible to discuss without spoilers. But the setup is that relationship therapist Grace (Nicole Kidman) and her witty, charming, pediatric oncologist husband Jonathan (Hugh Grant) live an ideal life of love and luxury. They have a fabulous Manhattan, New York City, apartment. They send their son, Henry (Noah Jupe), to a snooty school thanks to money provided by Grace's wealthy dad (Donald Sutherland). They have an active sex life.

All is the best in this best-of-all-possible world, save for one source of mild disturbance: an intense, sad new mother at Henry's school, Elena Alves (Matilda De Angelis), who seems oddly drawn to Grace, and vice versa.

Elena is Latina (though played by an Italian actress) and an artist of very modest means compared to the other moms. In the first episode, those other mothers (except for heart-of-gold Grace) treat her with a mix of pity and condescension. They (including Grace) also sexualize her relentlessly, with the full support of the episode's director, Susanne Bier. When Elena feeds her infant at a school meeting, the camera zooms in and lingers, and later the other moms make catty, prurient comments about her breasts. At a party, men flock around Elena, and again the other moms make titillated, disparaging remarks.

The most striking example of the show's mixed excitement and disgust at Elena's body is a scene set in the locker room of Grace's gym. Elena unexpectedly walks up to Grace completely naked — and the camera shows full-frontal nudity. This isn't that unusual for HBO in general, but it's glaringly out of step with a series that barely merits an R rating through most of its runtime. The scene, and Elena's bare breasts, recur in flashbacks through the rest of the series. Some of those flashbacks make the homoerotic undertones overt.

"The Undoing" is in many ways Elena's story. But she has little screen time past that initial episode. As per stereotypes of women of color on screen, she is defined by her body, her cleavage and her disruptive, illicit sensuality, which undoes the placid, upstanding lives of the wealthy white people the show actually cares about.

Those white people are familiar — they have the expected immaculate surfaces and the expected ugly inner lives. Grace is the controlled career woman whose immaculate life is built over an abyss. She bravely wipes tears from her cheeks or refuses offers of drink or food to show her brittle self-containment. Much of the drama of the series is about whether Grace will allow her father to use his vast stores of capital to fix her problems. Jonathan, for his part, is dazzlingly winning and quippy as only Hugh Grant can be. But there's something darker beneath the trademark grin. The camera likes to zoom in on his eyes to emphasize their expressive, actorly deceptiveness.

Those white people are familiar — they have the expected immaculate surfaces and the expected ugly inner lives.

The novel makes much of the contrast between Grace's profession as a relationship counselor and the secrets and lies in her own marriage; it's focused on her internal growth as a woman and a therapist. The show, though, is more interested in the whodunit plot and its series of cliffhangers. Courtroom drama adds reliable emotional confrontations and opportunities for overacting.

"The Undoing" is bent on delivering standard genre pleasures. But to the extent the show has a moral or a message, it's that old standby of television murder dramas: Some people are bad, and you can't always tell which ones.

This is true; some people do bad things and then lie about it. But the ease with which some people are able to do those bad things is connected to whose stories get told, and how. When poor and nonwhite people are only seen as bodies to begin with, it's not a surprise society cares little about how those bodies are disposed of.

"The Undoing" goes to great lengths to get us to empathize with the travails, the struggles, the sadness, the moral failings and even the sheer tediousness of wealthy white people. Meanwhile, Elena and her husband, Fernando (Ismael Cruz Córdova), are given few lines and little interiority as they are shoved off to the side of their own tragedy and their own lives. If we focused too closely on them, the standard Hollywood assumptions about wealth and whiteness that tie "The Undoing" together might come undone.

Noah Berlatsky is a freelance writer and critic in Chicago.