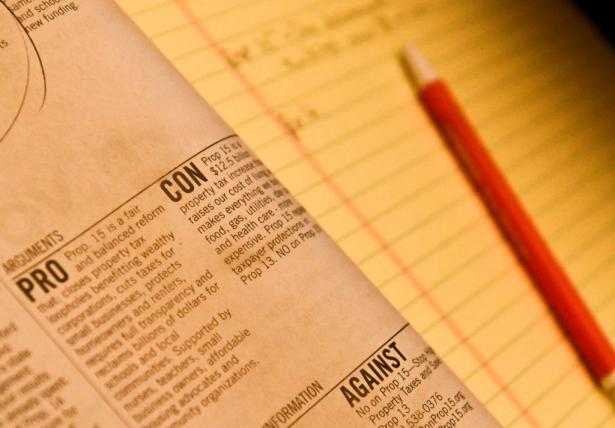 The 2020 presidential election outcome was a nail-biter, but in California there was another drawn-out, high-stakes contest. On November 10, with more than 90% of the vote tabulated, the contest was called against Proposition 15, which was losing by 3.6 percentage points after a months-long campaign and a week-long ballot count.

The Schools and Communities First initiative, Prop. 15, was launched by a coalition of community organizations, the Service Employees International Union’s California State Council and the California Teachers Association to create more resources for schools and local amenities by changing the commercial and industrial properties tax structure. (Disclosure: The two unions are financial supporters of this website.)

“The anti-15 people did as the pro-13 people did—they hit the right buttons. Tax increases, housing supply—all of that resonates with the California electorate.”

Prop. 15 would have reset the assessment of California corporate property tax rates that were established by 1978’s landmark Proposition 13, assessing them at present market value. Today most annual corporate property bills are based on rates that have gone un-reassessed for decades. With Prop. 15, Disney Studios’ million-plus-square-foot lot in Burbank would no longer be assessed at $5 and change per foot while some local businesses pay around $200 for the same space.

The California Legislative Analyst estimated that the Prop. 15 reform measure could have raised between $6.5 billion and $11.5 billion a year for local governments and schools. Why then, with a $56-million-plus campaign war chest, did it lose—especially when other progressive measures passed?

“The anti-15 people did as the pro-13 people did—they hit the right buttons,” says Sherry Bebitch Jeffe, a senior fellow at the University of Southern California’s Sol Price School of Public Policy. “Tax increases, housing supply—all of that resonates with the California electorate.”

Economic uncertainty triggered by the pandemic didn’t help. Nor did the fact that the opposition to Prop. 15 was funded by some of the world’s largest real estate groups and other business interests. The secretary of state’s website currently shows direct No on 15 fundraising at around $60 million, although much of the opposition money was raised indirectly, enabled by the California Business Roundtable political action committee. All of which allowed No on 15 to out-gun the Yes side’s messaging campaign, especially on television.

“CBRT was kind of the bundler of money,” says Anthony Thigpenn, founder of California Calls, one of the anchor organizations behind Prop. 15 and an instigator in pulling together a coalition 10 years ago to address inequitable public investment.

He and the Prop. 15 coalition are analyzing next steps.

“[Prop. 15] is essentially about Prop. 13,” Thigpenn says. “But it’s broadly about empowering communities to have a voice and a power to enact policies to take care of their community needs.”