Here are the highlights of a preliminary analysis of the only national exit poll for the 2020 Elections, available on all major news and political websites. 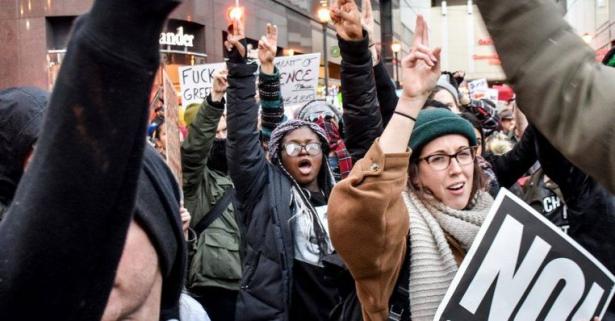 Biden has narrowly won the most consequential election since 1860, a referendum on race, racism, inequality and authoritarianism amidst a raging pandemic.

In the last four years, the Republicans have moved farther right led by Trump, and Democrats have moved leftwards under the influence of Black Lives Matter, Bernie, Elizabeth and the left. Yet the presidential outcome was almost a duplicate of the 2016 election, but this time the decisive battleground states went narrowly for Biden instead of Trump. And who will control the Senate has not even been decided: Georgia voters will determine it in two runoff elections. Republicans made small gains in the House and in state legislatures.

The country remains virtually evenly divided and thoroughly polarized. We have a long and tough fight against the racist rightwing and for social justice ahead of us, starting with the Georgia run-offs.

Here are the highlights of a preliminary analysis of the only national exit poll, available on all major news and political websites.

The slides have more detail. 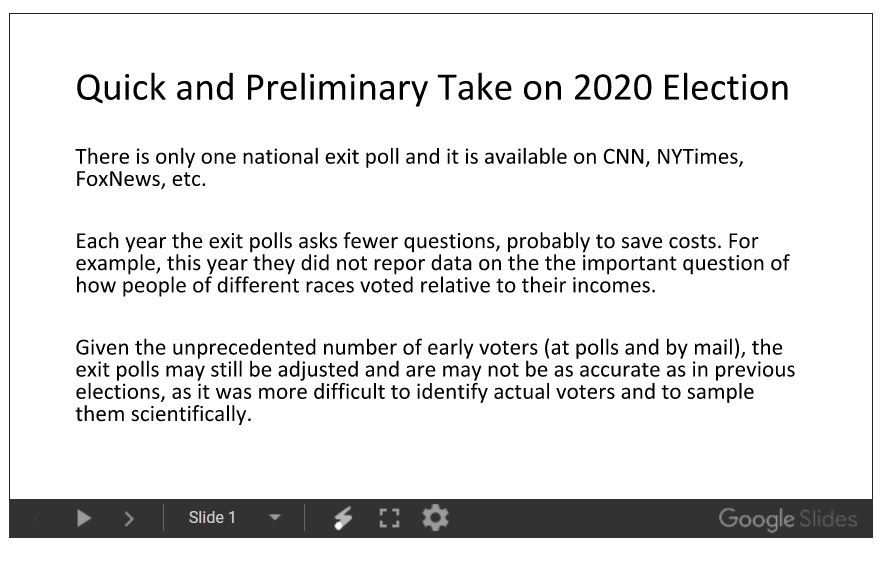 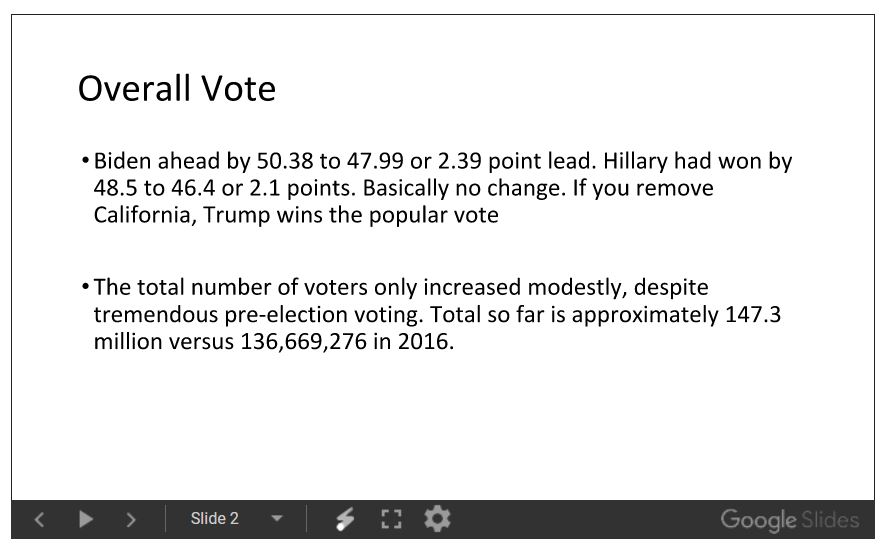 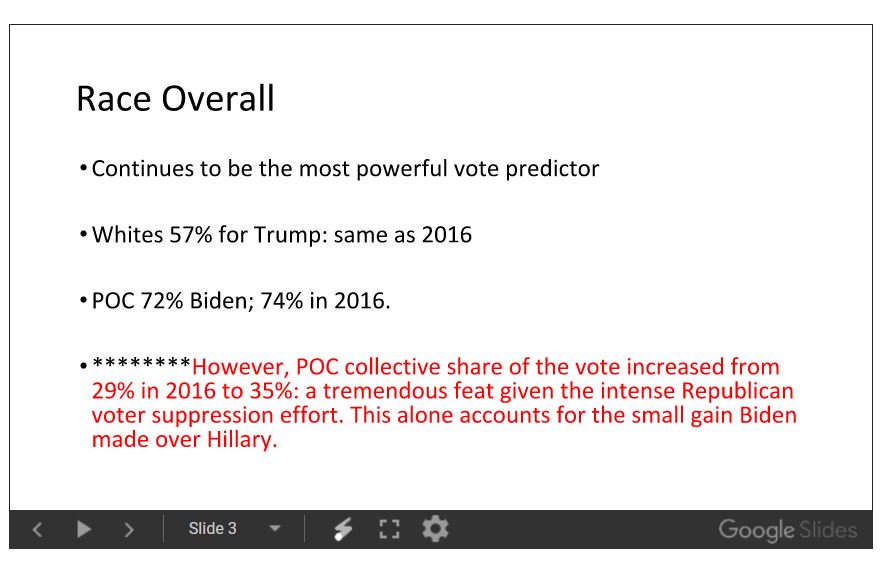 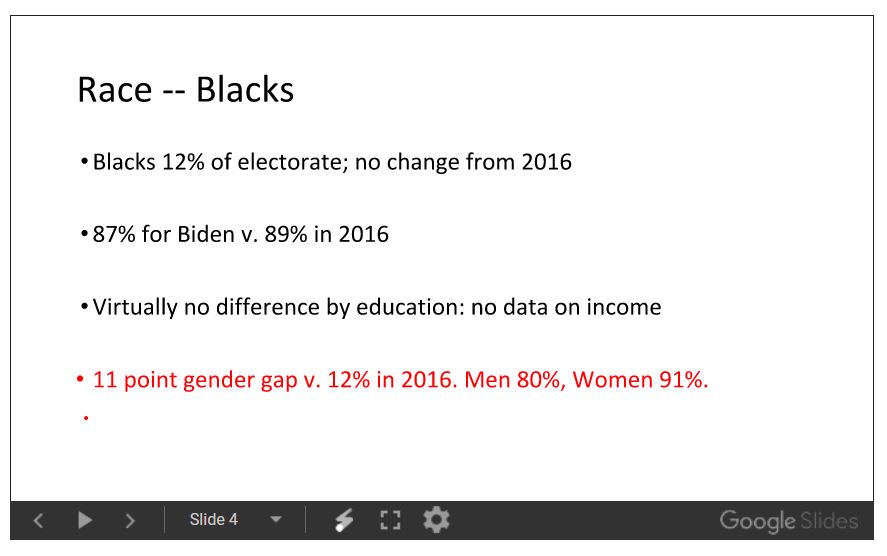 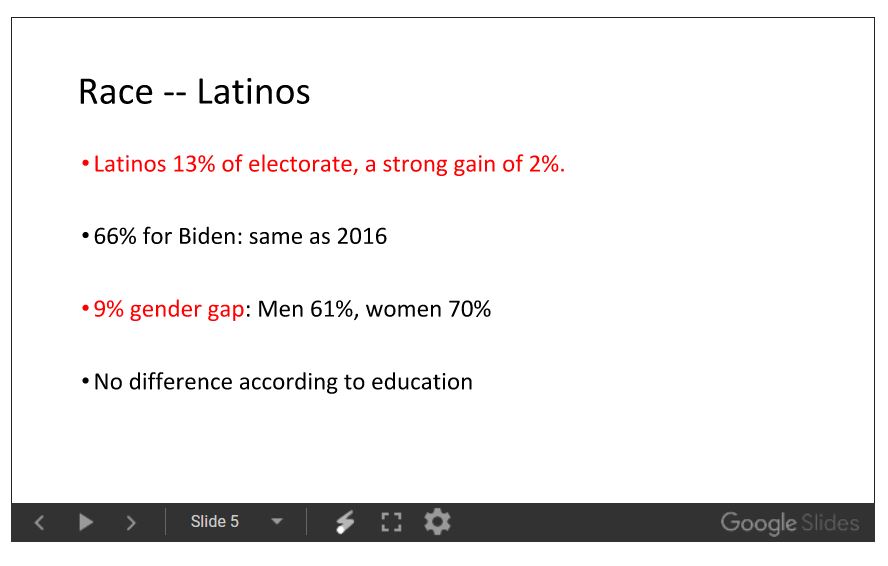 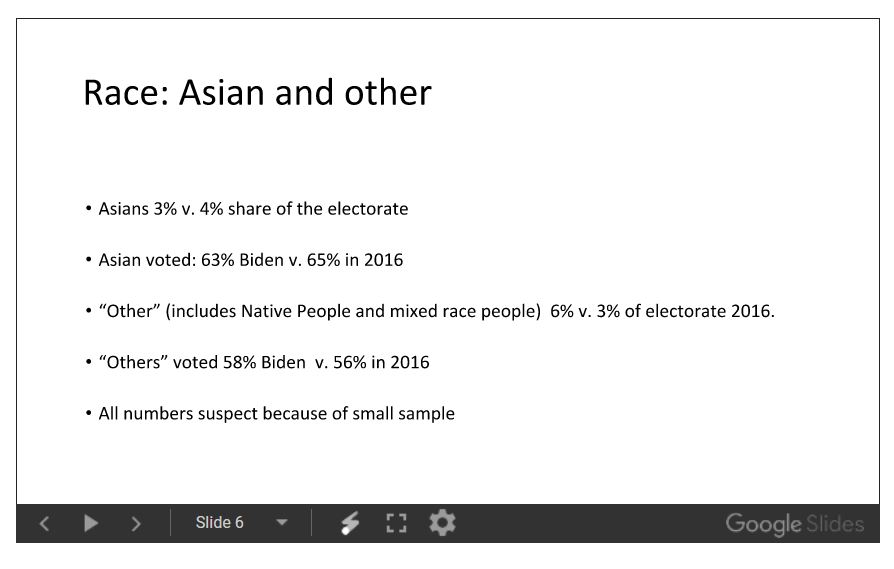 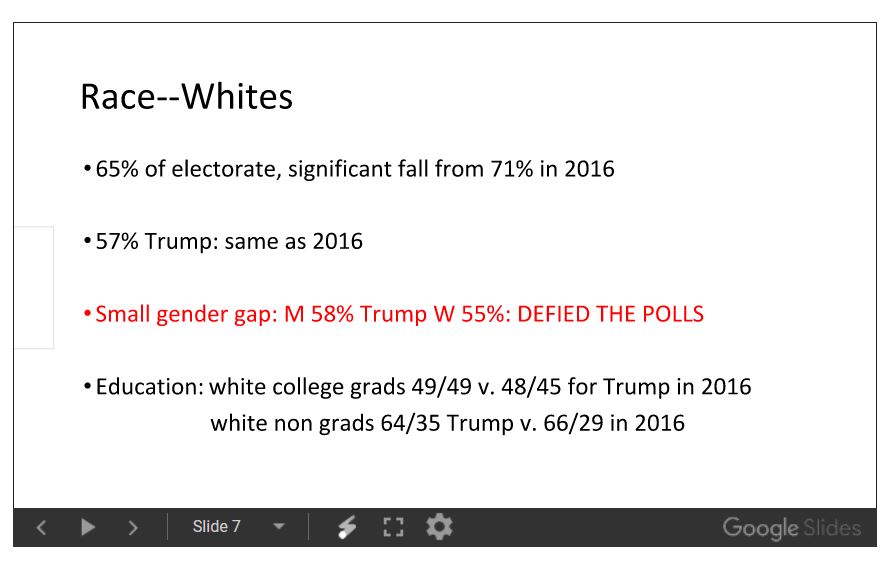 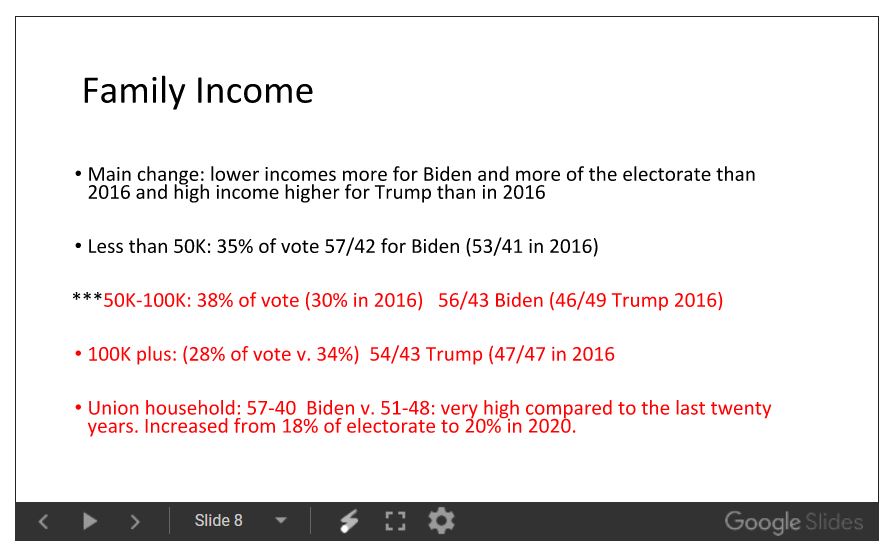 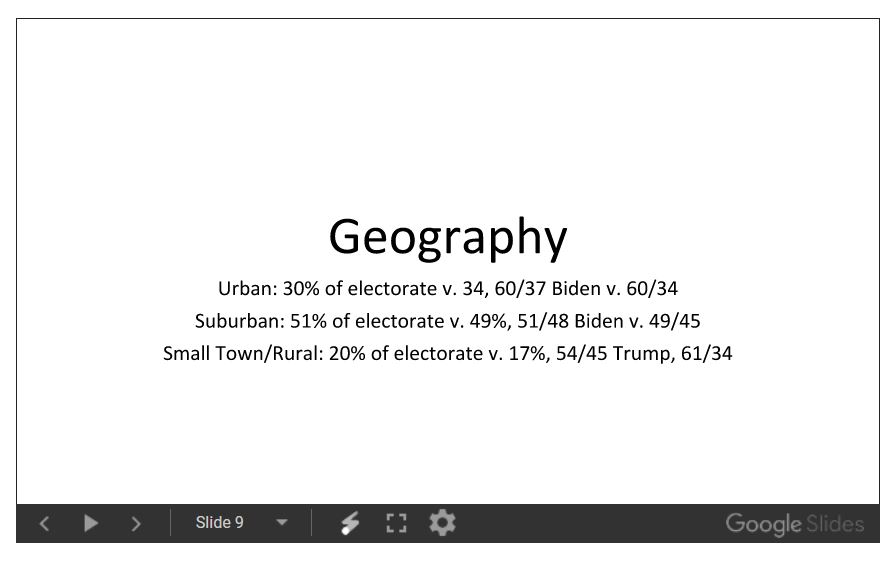 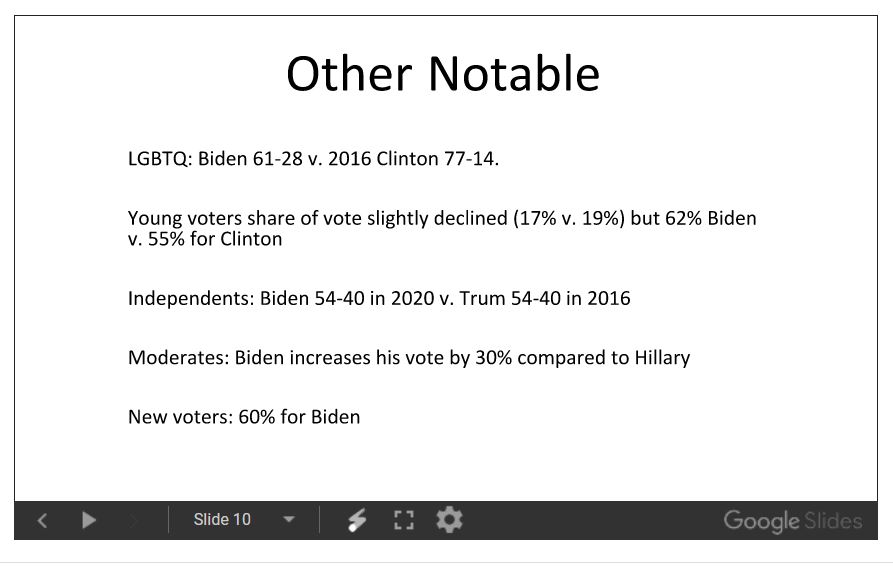 Total 10 slides, click on the arrow in bottom bar to advance to next slide.

[Bob Wing has been an organizer and writer since 1968, and was the founding editor of ColorLines magazine and War Times/Tiempo de Guerras newspaper.]