Trump prepares for a cable pulpit while the alt-right entrench online, and more media and tech news 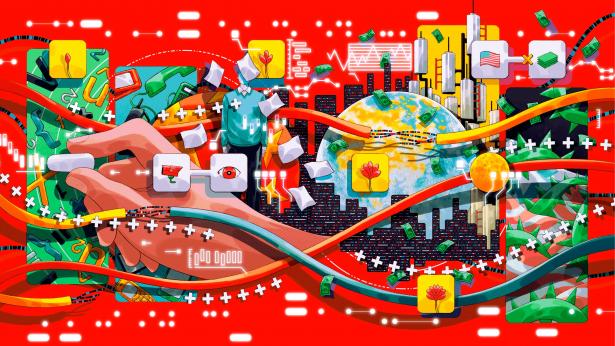 Technology policy is not a priority for the president-elect, but the government's lawsuit against Google will continue.

You can expect most of his more controversial decisions, like the repeal of net neutrality, to be reversed.

Nigeria’s media has a history of being targeted by military dictatorships intent on silencing, imprisoning, torturing, and murdering journalists.

The recent surge of Parler, MeWe, and Newsmax is part of a larger sociological phenomenon, a growing rejection of traditional conservative watering holes like Facebook and Fox News in favor of even more extreme echo chambers online.

Will Trump Start His Own Media Empire?

Trump “has told friends he wants to start a digital media company to clobber Fox News and undermine the conservative-friendly network.”

By Tomas Chamorro-Premuzic and Ian Bailie

In a world of work that is increasingly virtual (and perhaps even only virtual), the volume of data available to understand and predict employees’ behaviors will continue to grow exponentially, enabling more opportunities for managing through tech and data.

QAnon as a Computer Game

QAnon is like the reflection of a game in a mirror, it looks just like one, but it is inverted. QAnon grows on the wild misinterpretation of random data, presented in a suggestive fashion in a milieu designed to help the users come to the intended misunderstanding.

Huawei, 5G, and the Man Who Conquered Noise

How an obscure Turkish scientist’s obscure theoretical breakthrough helped the Chinese tech giant gain control of the future. US telecoms never had a chance.