Cutbacks in housing, healthcare, public transportation and economic opportunities and the criminalization of underground economy jobs, like sex work and the sale of illicit drugs, lead to increased incarceration and declining public safety. 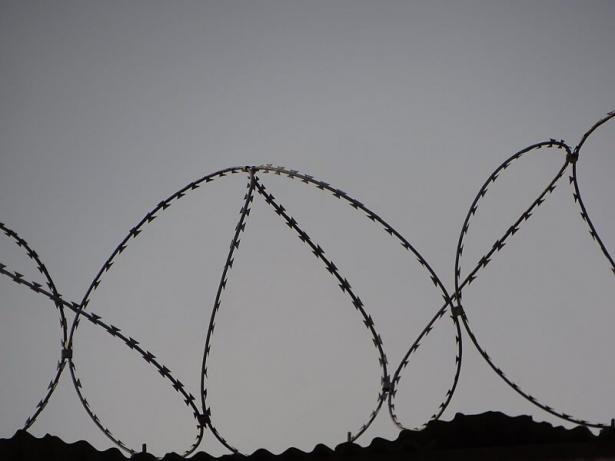 A report released by the Maryland Center for Economic Policy suggests decreasing the state’s prison budget will lead to a healthier economy and increased public safety.

“None of what we’re doing is making any of us safer and it’s most certainly not making those Black communities that are being robbed of human capital ― it’s not making them any safer,” Tara Huffman, director of the criminal and juvenile justice program at the Open Society Institute-Baltimore, said during the Maryland Center for Economic Policy’s third annual policy summit Thursday afternoon.

“It’s destabilizing them even more and you cannot contain destabilization; it will eventually spread.”

Christopher Meyer, research analyst for the Maryland Center for Economic Policy, a liberal think tank, said at the summit that the state currently spends about $1 billion of its budget on incarceration.

Maryland has the highest rate of incarceration for Black men among the 50 states. Despite making up just 31% of the state’s total population, 70% of the prison population is Black.

The agency also runs Baltimore City’s pre-trial facilities, which, according to Vernarelli, has population changes “very often.” At the end of October, those facilities held about 2,000 people.

According to a February 2015 Justice Policy Institute report, the Department of Public Safety and Correctional Services spent $288,304,000 of its $1 billion budget incarcerating Baltimore City residents, alone.

Huffman said that one-third of the state’s incarcerated population comes from the city. According to a 2019 estimate conducted by the U.S. Census Bureau, almost 63% of the city’s population is Black.

“What we know is that taxpayers in the state of Maryland are paying a lot of money from year to year to lock up a whole lot of Black folk,” she said. “Period.”

The report from the Maryland Center for Economic Policy said that there is “scant evidence” that heavy-handed sentencing policy leads to healthy economies and safer communities.

Instead, their report points to cutbacks in housing, healthcare, public transportation and economic opportunities and the criminalization of underground economy jobs, like sex work and the sale of illicit drugs, as factors that lead to increased incarceration and declining public safety.

For example, Marylanders who live in the 50 zip codes with the highest unemployment rates are five times more prone to being incarcerated than those living in other areas of the state.

Additionally, the findings of the report suggest that investment in public schools, public spaces and adequate drug treatment is the pathway towards a healthy economy and public safety.

“Then thinking about how we ensure that those investments are benefiting …communities,” said Meyers. “Again that comes back to measuring equity as part of the budget-making process [and] making sure that our investments are distributed geographically in an equitable way because we know housing discrimination makes geography really kind of a fulcrum of racial justice and injustice.”

Hannah Gaskill received her master’s of journalism degree in December 2019 from the University of Maryland. She previously worked on the print layout design team at The Diamondback, reported on criminal justice in Maryland for Capital News Service and served as a production assistant for The Confluence — the daily news magazine on 90.5 WESA, Pittsburgh’s NPR member station. Gaskill has had bylines in The Baltimore Sun, The Washington Post and The Chicago Tribune, among other publications.Before pursuing journalism, she received her bachelor’s of fine art degree from Carnegie Mellon University in 2016. She grew up in Ocean City.