What David Dinkins Taught Us

While his views may not fit squarely in a democratic socialist framework, Dinkins’s praise of a “gorgeous mosaic” of different races, ethnicities, religions, sexual orientations, living and working together does. 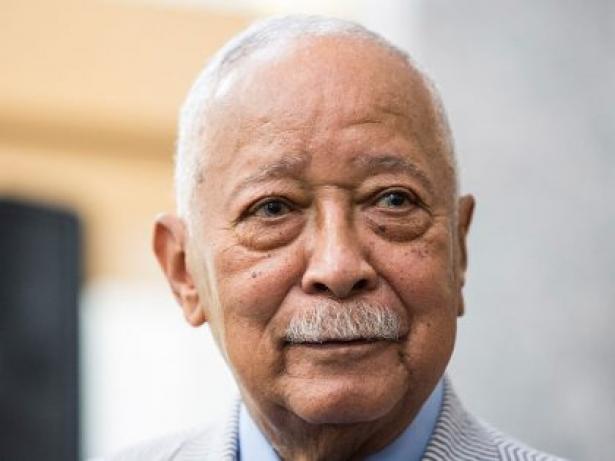 Earlier this week I learned of the passing of my boyhood mayor, David Dinkins. While I was too young to remember his 1989 election, his leadership of New York City was one of my first childhood political memories. I knew my parents supported him as did many of our family and friends. He was a resolute figure, and a committed progressive, that governed during a time of continued fiscal crisis, concerns over crime, and growing racial tension.

Those three factors conspired to lead to his defeat in 1993, after just three years in office, to Rudolph Giuliani, the city’s first Republican mayor in decades.

Giuliani rode racist rhetoric and culture war issues to Gracie Mansion against the city’s first black mayor. He took credit for the already declining crime rate, and leveraged a divided city to institute draconian rule and empowered abusive police practices whose racialized outcomes New York City is still dealing with today. The uprising this year against racist police brutality has forced the city to deal with this legacy, especially the harm against black and brown communities, and much more.

But the legacy of Dinkins is less clear. While I knew the Left supported him, it wasn’t until I was a Democratic Socialists of America (DSA) staff member, combing through old issues of the Democratic Left that I learned he had been a member of ours for many years. In 1990, Dinkins, less than a year into his term, delivered a welcoming speech to a meeting of the Socialist International organized by DSA at the hospital workers union Local 1199.

This global gathering of social democratic and democratic socialist delegates symbolized some of the hope at the end of the Cold War for a triumphant new left. Both Dinkins’s and Willy Brandt’s, the then-president of the Socialist International and former chancellor of West Germany, remarks at the event expressed optimism that social democracy – not neoliberal capitalism — would prevail over the next twenty years.

They were wrong, at home and abroad. In New York, Dinkins’s election represented a successful effort of the Rainbow Coalition strategy of uniting progressive unions, left-wing formations, and organizations of people of color together to win executive office and govern progressively. However, this fragile coalition did not hold together for long.

Dinkins desired to stake out a center course in an increasingly polarized city. But this lack of confrontation on his part was seized on by characters such as Giuliani. While Dinkins tried to de-escalate tensions, his future successor joined with a police mob outside of City Hall when the mayor dared follow through with more civilian control over the police force.

Rereading his remarks to the Socialist International delegates, it’s evident that his then-socialist worldview was not the class-struggle social democracy that we associate now with Bernie Sanders but something more modest, though still progressive, in nature.

In his speech, Dinkins highlighted the work of American democratic socialists such as Eugene Debs, A. Philip Randolph, Norman Thomas, and Michael Harrington as models to follow. He praised his recently deceased friend Harrington’s work on publicizing inequality and poverty in this country. The mayor then called on socialists to continue to fight for the downtrodden through education, cultural institution, and unions. This combination sees the struggle for a better world built not through a radical workers movement but a social justice effort that could be found in progressive strains of people of faith as much as socialists.

Dinkins’s New York City Rainbow Coalition only lasted only one term. But its legacy is one that democratic socialists interested in electoral politics should take seriously and study. The latest upsurge on the Left is far from the first attempt to build movements to the left of liberalism – in fact, even Giuliani’s next Democratic opponent in a New York mayoral election, Ruth Messinger, was also an erstwhile DSA activist like Dinkins.

Dinkins moved away from democratic socialism and even endorsed billionaire Michael Bloomberg in his later years. But I noticed that while certain figures who endorsed others over Sanders in the primary contest could face derision from the Vermont senator’s supporters, Dinkins largely avoided that fate. There seemed to be a quiet consensus that Dinkins historic stature and contributions to the common good gave him a unique place in the movement.

While his ultimate views may not fit squarely in a democratic socialist framework, Dinkins’s praise of a “gorgeous mosaic” of different races, ethnicities, religions, sexual orientations, and more living and working together does. It especially stands in stark contrast to the hateful and divisive rhetoric from former mayor Giuliani and the outgoing president he defends.