How ComEd and Exelon turned utility regulation on its head 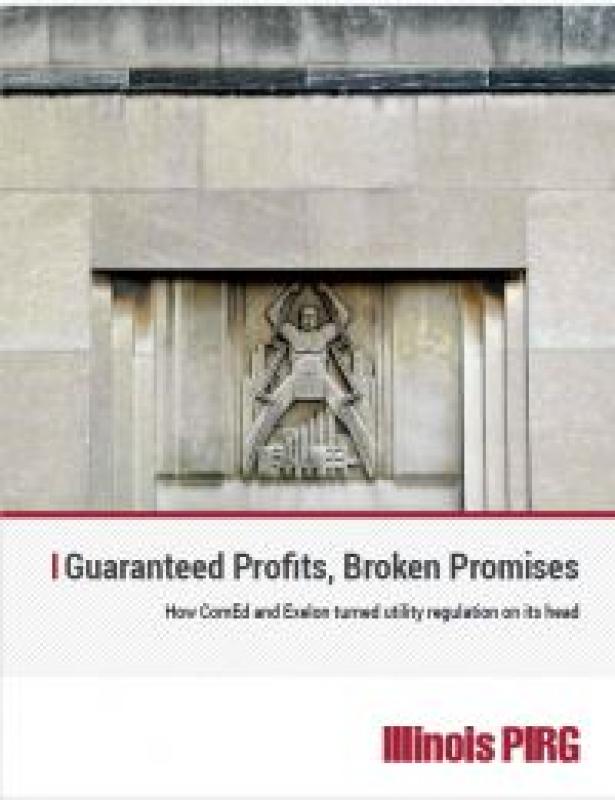 Commonwealth Edison (ComEd), Illinois’ largest electric utility, first proposed a large capital program to modernize its grid in 2007. Understanding the substantial costs and potential, if uncertain, benefits of so-called “smart grid” investments, state regulators opted to instead launch an innovative statewide process, seeking to ensure “‘that consumers are the primary beneficiaries’ of the smart grid modernization.”

Before this customer-focused process addressed policymaking details, ComEd went to the Illinois General Assembly to pass the Energy Infrastructure Modernization Act (EIMA) in 2011, which paired capital investments with radical, utility-friendly changes to rate-setting and customer protections. ComEd sold EIMA as necessary to move from a grid whose technology had not changed much in the past 100 years and that functioned mainly to dispatch power from centralized power plants to customers, to a modern smart grid capable of integrating power from smaller, clean energy sources, improving efficiency, and empowering customers with more information and control.

We now know that EIMA was passed, in part, through a corrupt and illegal bribery scheme. In a July deferred prosecution agreement with the United States Attorney fo the Northern District of Illinois, ComEd admitted to perpetrating this scheme in an attempt to influence Illinois House Speaker Michael Madigan and win favorable legislation, starting with EIMA.

In the wake of the scandal, ComEd has insisted that the “improper conduct described in the deferred prosecution agreement … does not mean that consumers were harmed by the legislation that was passed in Illinois."

Nine years after EIMA’s passage, the record is clear: EIMA delivered guaranteed, record profits and other benefits to ComEd and its parent company, Exelon Corporation, while leaving ComEd customers and the public with broken promises.

This report examines EIMA; the claims ComEd made to pass it and makes to defend it; its impact on ComEd and Exelon; on its regulator, the Illinois Commerce Commission; and on ComEd customers and the public interest.

ComEd presented these obligations and assurances as a tightly bound, balanced give and take; the company said it “simply can’t make investment without the stability and predictability embodied in the regulatory reform section of the bill.” But the two have little to do with one another. EIMA and its formula built ComEd and Exelon a profit machine entirely out of proportion to the law’s specified investments.

Formula rate setting provided such an advantage over the traditional process that ComEd easily handled its specified investments, deploying smart meters at almost twice the speed as planned, while also increasing profits. This alone demonstrates that EIMA’s assurances were overkill.

But further, formula ratemaking allowed ComEd to add significantly more profits than planned in EIMA; while the specified investments are all but completed, ComEd continues to enjoy formula rates and is planning to spend at even higher levels than it did during the height of its EIMA investment. Since the first formula rate case, ComEd has added more than $5.1 billion, almost twice the amount of specified investments, to its rate base, the value of its assets it will earn a profit off of for years to come.

Not only have formula rates provided ComEd guaranteed, record profits, they have shielded the company’s investments from meaningful scrutiny. The law’s annual rate-setting timeline does not allow time for regulators or other stakeholders to thoroughly examine the company’s filings. Its formula flattens billions of dollars of investment to formula “inputs” taken from one high-level federal form. Not only has this kept the Commission from reviewing all of ComEd’s massive spending but it has reduced the Commission to a rubber stamp. Compared to the more than $5 billion added to ComEd’s rate base through annual formula rate updates, the Commission has disallowed only $23 million. While ComEd spends unprecedented billions, customers bear all the risks that the company wastes money through inefficient or unnecessary spending or that customers would have benefited more from alternative investments.

For customers, the result of the law has been a 37 percent increase in the delivery portion of their bills, without which, because of declines in power supply prices, customer bills would have decreased significantly.

ComEd did not need formula rates to improve reliability after decades of poor performance or to improve service through new technology. Rather, ComEd used promises of achieving adequate service and a sparkling, customer-centered vision of the future to win itself guaranteed profits with less accountability.

ComEd promised customers smart grid-enabled cost savings from increased operational efficiency; rapid advances in clean, distributed energy and energy efficiency; and an exciting new world of information, choice and control. It promised customers a fundamental shift in how they interact with their utility: robust data at their fingertips and a market full of innovative smart meter-enabled products and services to choose from.

It remains an open question whether ComEd is capable of meeting the customer benefit expectations it set. At the same time ComEd leadership was promoting its vision of empowered consumers through its campaign to pass EIMA, then-Exelon Chairman and CEO John Rowe commented “We have looked at most of the elements of smart grid for 20 years and we have never been able to come up with estimates that make it pay.” Rowe further stated that he thought customers would benefit more if, instead of investing in the smart grid, utilities invested in replacing more old cable.

Regardless of whether ComEd oversold the potential benefits of the smart grid, the smart grid does enable direct customer benefits, primarily through energy and cost savings, outcomes that directly threaten Exelon’s revenues. Current Exelon CEO Chris Crane has acknowledged that officials within the company viewed smart meters as representing  “value destruction to the generating company.”

Despite large changes to Illinois’ energy laws and the corporate structure of the relevant companies, there remains a fundamental and unaddressed conflict of interest in Exelon’s ownership of ComEd: Exelon’s business interests, generally as a power generator and specifically as an owner of high cost nuclear plants, are at odds with ComEd’s service obligations.

EIMA was carefully drafted so that ComEd could easily avoid delivering on all of its promises, and has notably failed to deliver the promised customer benefits most threatening to Exelon. Instead, ComEd withheld these promised benefits, providing leverage to win even further windfalls for itself and Exelon.

Even the benefits the law has delivered have not been properly analyzed, leaving regulators and the public without the ability to judge whether or not they were “worth” customers paying 37 percent more for delivery service.

EIMA was a radical and unwelcome inversion of traditional utility regulation, which aims to ensure and maximize the public good through the creation of the opportunity for private profit. EIMA, on the other hand, guaranteed ComEd and Exelon’s private profit while failing to adequately ensure the public good.