The Biden Presidency: A New Era, or a Fragile Interregnum?

Owing to the erosion of the credibility of globalization and neoliberalism, the return to orthodox centrism is not likely to hold. It will serve as a short-lived interregnum amidst deepening polarization. Now is the time for the left to act. 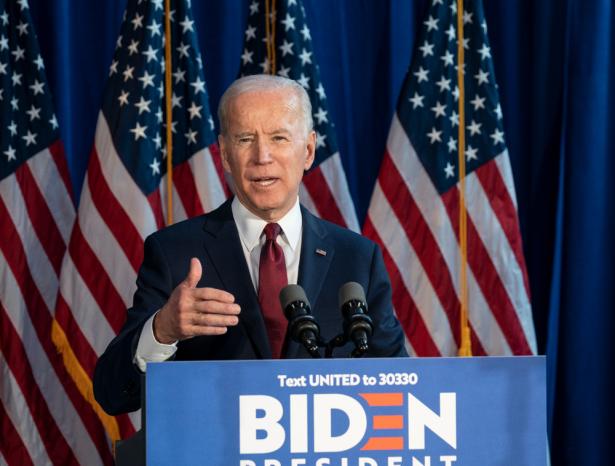 Donald Trump embarked on an unorthodox course in economic policy that combined tax cuts for the rich with a protectionist trade policy that was ostensibly aimed at saving the U.S. industrial base and preventing the export of American jobs.

The question is not whether the incoming Biden administration will follow, in reaction, a more centrist, orthodox course. It will. The question is, will such a course be successful?

There seems little doubt that, especially with so many neoliberals and neoconservatives deserting Trump and the Republican Party and supporting Biden, and with the people surrounding Biden coming mainly from the Clinton-Obama wing of the Democratic Party, a Biden presidency will instinctually hew to the center in its political-economic approach.

After Trump’s offensive on free trade, the Biden team will push to recharge globalization, but cautiously — calling off the trade war with China but refraining from pushing new trade agreements, being sensitive to the deindustrialized Midwestern states that had deserted Hillary Clinton in 2016 and barely supported Biden this time around.

There will be no more tax cutting for the rich, but bringing back the pre-Reagan era marginal tax rates on the highest incomes won’t happen. Social policy will focus mainly on expanding safety nets for the middle and lower classes rather than pushing for higher wages for workers via significantly higher minimum wages and political support for more aggressive union organizing. Improvements in social safety nets will, of course, largely depend on what level of tax increases the rich backers of the Democratic Party and centrists under pressure from the party’s left will agree on.

While Biden’s pick as director of the Office of Management and Budget, Neera Tanden, has received criticism from progressives for her previous support for social security cuts, former Federal Reserve Board Chair Janet Yellen got far less flak from the left when Biden named her as his Treasury Secretary.

Yet it is Yellen who is the more consequential — and possibly more worrisome — appointment. That the Dow and the S&P rallied at the announcement is not surprising since as Fed Chair, she continued Ben Bernanke’s policies of quantitative easing, or buying the big banks’ toxic assets both to keep them afloat and use them to infuse money into the economy in order to ward off a recession.

Fox News said “Wall Street Loves Janet Yellen” since she represents “easy money” for the banks, with one commentator saying, “It’s a sign there won’t be anything extreme.” For both High Finance and Big Tech, having Yellen instead of Elizabeth Warren is a sign that Biden is unlikely to regulate them beyond the weak Obama-era Dodd-Frank legislation.

In sum, a centrist economic policy will soften the hard edges of neoliberalism largely via Keynesian monetary manipulation, but not dissipate the overriding neoliberal policy orientation carried by the Democratic Party establishment. Maintaining the profitability of U.S. capitalism will be a central concern of Biden’s economic pragmatists, owing partly to the influence of Big Tech and Wall Street on the Democratic Party establishment.

But beyond the question of influence of special interests on the Democratic Party, however, is a deeper phenomenon of convergence of interests and ideology between what Thomas Piketty, borrowing from the Indian caste system, calls the highly educated “Brahmin Left” and the “Merchant Right.” It is worth quoting Piketty in full in this regard:

“The Clinton and Obama administrations basically validated and perpetuated the basic thrust of policy under Reagan. This may be because both Democratic presidents… were partly convinced by the Reagan narrative. But it may also be that acceptance of the new fiscal and social agenda was partly due the transformation of the Democratic electorate and to a political and strategic choice to rely more heavily on the party’s new and highly educated supporters, who may have found the turn toward less redistributive policies personally advantageous.”

In other words, the Brahmin Left, which is what Democratic Party had become by the period 1990-2020, basically shares common interests with the Merchant Right, to use Piketty’s terms. The latter had ruled via the Republican Party from Reagan to George W. Bush but key sectors of it have become increasingly disenchanted with Trump’s Wall Street-hating nationalist mass base to which he has assiduously pandered in word if not deed.

Trump attributing his defeat to Big Tech and Wall Street was a wild conspiracy theory, but there was a grain of truth in his ravings: The Democratic candidate and his party have enjoyed significant support, both material and ideological, from the highly educated Silicon Valley elite, the highly educated Wall Street elite, and the technocratic professional classes as a whole. This was one force that allowed Biden to leave Trump in the dust in terms of fundraising throughout the campaign.

As Marx said, history first occurs as tragedy, then as farce.

Owing to the erosion of the credibility of globalization and neoliberalism, the return to an anachronistic orthodox centrism is not likely to hold. It will serve at best as an extremely unstable, short-lived interregnum amidst deepening polarization between left and right.

In this struggle, the far right — under the leadership of a charismatic personality who, while he lost the elections, will continue to be the dominant figure in Republican Party politics in the Biden era — is currently far more united politically and ideologically than the left. Trump’s heated mass base and traditional Republican conservatives will combine to make even pallid technocratic centrist initiatives, like Bernanke and Yellen’s quantitative easing, very difficult to push through. The coming Biden era may well be a mere interregnum in a political trajectory of the far right’s rise to power.

Or it can be the antechamber to a new era in progressive politics, an outcome that will depend on whether the left can mobilize the Democratic Party’s base of workers, progressives, and minorities to seize the initiative from a center that is devoid of both ideas and courage to break with the past.

Walden Bello, Foreign Policy In Focus columnist, is a member of the House of Representatives of the Philippines and a senior analyst at the Bangkok-based research and advocacy institute Focus on the Global South.