The Secret to Beating the Electoral College

Abolishing the controversial democratic institution seems out of the question. But there is still a way around it. 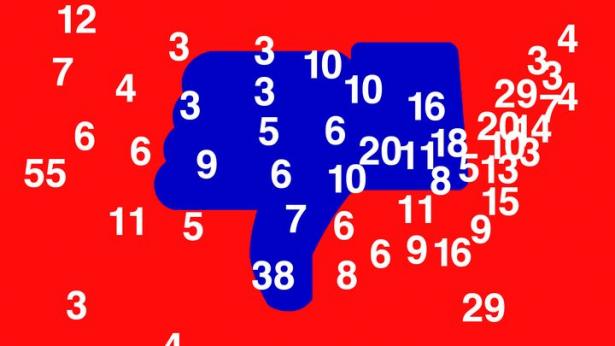 On Monday, 538 Americans will convene in state capitols across the country, swear an oath to uphold the Constitution, and cast the most consequential yet utterly anticlimactic votes of the 2020 election.

These are the electors, the members of the Electoral College, who will take one of the final, formal steps in making Joe Biden the 46th president of the United States and ending President Donald Trump’s desperate bid to overturn the results of the November election. These 538 people will mark small pieces of paper and drop them in ballot boxes; once counted, the votes in each state—preordained by the election—will be transmitted to the Senate, and on January 6, Congress will meet to tally the results and declare a winner to be inaugurated two weeks later. Despite Trump’s fervent wishes, the system will work just as it has in the past.

Sign up for The Atlantic’s daily newsletter. Each weekday evening, get an overview of the day’s biggest news, along with fascinating ideas, images, and voices.

For Democratic electors, the ritual this year will undoubtedly bring more joy than it did four years ago. But for many of them, it will also carry a tinge of awkwardness as they participate in an institution—the Electoral College—that they no longer support.

Randi Weingarten, the president of the American Federation of Teachers and a shortlist candidate for Biden’s education secretary, will be serving as a presidential elector in New York for the third time. After casting bittersweet ballots for Al Gore in 2000 and Hillary Clinton in 2016, Weingarten will be voting for a winner for the first time. “I was actually very moved by it last time,” Weingarten told me, “even though I think the Electoral College is one of the anarchic, anachronistic pieces of the Constitution that is in need of reform.”

Most of the presidential electors are fairly anonymous, party functionaries chosen for their loyalty and reliability in voting for the candidate they’ve pledged to support. (The Supreme Court ruled earlier this year that states can effectively prevent so-called faithless electors from going rogue.) New York is unique, however, in sending its top Democratic luminaries to Albany every four years. Among the Empire State’s 29 electors are Governor Andrew Cuomo, New York City Mayor Bill de Blasio, and two people who have actually received electoral votes: former President Bill Clinton and his wife, Hillary Clinton, who this month will be participating in the very system that denied her the presidency despite her popular-vote win over Trump four years ago.

It’s an arcane quadrennial ceremony, and the question is how many more times these political stand-ins will meet in the decades to come. The Electoral College is under sustained attack, principally—but not exclusively—from Democrats who twice this century have won the popular vote while losing the White House. It almost happened again this year. Biden captured 306 electoral votes and won 7 million more popular votes than Trump, but the president-elect’s cumulative margin in the three states that put him over the 270 threshold—Wisconsin, Arizona, and Georgia—was less than 45,000 votes. That edge was even smaller than the roughly 70,000 votes that separated Trump from Hillary Clinton in the three tipping-point states in 2016.

What would abolishing the Electoral College take?

To begin, it would require a constitutional amendment, a step that necessitates not only a two-thirds vote in each chamber of Congress but also ratification by three-quarters of the state legislatures. The last time the nation successfully changed the Constitution was a relatively minor tweak requiring that salary increases for members of Congress not take effect until the session after they were approved; the states finished ratifying the amendment 28 years ago, following an on-again, off-again effort that began in 1789.

Overhauling the way Americans choose their president via a constitutional amendment seems about as likely at the moment as Trump inviting Biden for a friendly round of golf. Critics of the Electoral College have made some progress going another route, however—one that does not involve altering the Constitution. Since 2006, the legislatures of 15 states and the District of Columbia have enacted what’s known as the National Popular Vote Interstate Compact, an agreement that binds them to award their presidential electors to whichever candidate wins the most votes nationwide, even if another contender captured the most in their state. The accord will take effect once enough states representing 270 electoral votes pass the bill through their legislatures. As of now, the backers are 74 electoral votes short of that magic number.

“It’s pretty serious,” says Alexander Keyssar, a Harvard professor and the author of a recent book, Why Do We Still Have the Electoral College?. The origins of the Electoral College are intertwined with the notorious three-fifths compromise that counted enslaved people as three-fifths of a person for the purposes of representation, giving southern states more power to compete with the North while denying liberty and the rights of citizenship to people in bondage. Numerous efforts to change or scrap it have been made, most recently in the 1960s when Congress came close to passing a constitutional amendment and sending it to the states. But Keyssar told me that there is now “more energy behind Electoral College reform than at any point” in the past half century.

Leaders of the effort won’t have a split between the Electoral College and popular-vote winners to galvanize support for the next four years. But John Koza, the chairman of the advocacy group behind the popular-vote compact, told me that he thinks Biden’s thin margin in the tipping-point states will help sustain its momentum. “We've had two near misses and two wrong winners in six elections,” Koza said. In addition to the splits in 2000—when Al Gore won the popular vote over George W. Bush—and 2016, Koza noted that, in 2004, John Kerry came within 60,000 votes in Ohio of capturing the Electoral College from Bush despite losing the popular vote. “That’s plenty of a case against the current system. We don’t need any more examples.”

Still, the movement’s success is far from imminent. The popular-vote compact is close to maxing out the support it can get from Democrats alone. “It won’t get a lot further unless some red states join,” Keyssar said. The measure has advanced through one legislative chamber under Republican control in several states, including Arizona, Michigan, North Carolina, and deep-red Oklahoma. And it has secured support from prominent GOP eminences such as former House Speaker Newt Gingrich and other conservatives who have chafed at presidential elections that center on just a handful of swing states every four years to the exclusion of the rest of the country.

Ray Haynes, a former GOP state legislator in California, told me that the current system “hurts Republican turnout in the safe Republican states and muddles the message of the conservative movement.” He believes that if the GOP were forced to run a truly national campaign in 50 states, the popular vote would look very different. “I think [Trump] would have won a popular-vote election if there had been a popular-vote election,” Haynes said.

Yet that argument is a tough sell to many Republicans who have watched Democratic presidential candidates win the popular vote in all but one election for the past 30 years. Many simply do not want to give up what they see as a competitive advantage in the Electoral College. “You’ve got to convince them the popular vote’s not static,” Haynes said. “There are a lot of Republicans out there who just think we’re losing.”

One of the effort’s biggest GOP backers is Saul Anuzis, a former leader of the Michigan Republican Party who twice ran for the chairmanship of the Republican National Committee. He, too, was skeptical of the idea at first. His support dates to the aftermath of the 2008 election. The RNC abandoned Michigan in the final weeks of the race, taking money that the state party—which Anuzis led—had raised and sending it to Ohio and Florida instead. The result was a down-ballot disaster for Republicans in Michigan, and Anuzis, frustrated and preparing to mount a bid for RNC chair, took a meeting with leaders of the popular-vote compact. “It sounds like a communist plot to gut the Constitution and make Al Gore president,” Anuzis recalls telling a friend who set up the meeting. A spokesperson for the group flew out to Michigan to meet with him. “We met at this little diner, and I said, ‘You've got 30 minutes to make your case,’” Anuzis told me. “And four-and-a-half hours later I was just dumbfounded, and I said, ‘This is a brilliant idea.’”

The current election process “perverts public policy,” Anuzis said, because it forces candidates in both parties to cater to parochial interests in a narrow set of states, whether they be ethanol subsidies for Iowa or steel tariffs for Rust Belt states. “We, for all practical purposes, elect a president of the battleground states of America versus a president of the United States of America,” he told me. To Anuzis and other critics, the Electoral College distorts the putatively equal voting power of states around the country. New York and California combined contribute nearly one-quarter of the nation’s gross domestic product, yet a single vote in those states is only about one-quarter as powerful as one in Wyoming, and even less than a vote in one of the tipping-point states that decide the election.

Unlike many Democrats who back the popular-vote compact, however, Anuzis doesn’t want to get rid of the Electoral College, nor does he think Republicans would ever go for it. “I would absolutely oppose a constitutional amendment,” he said. “To me, that is an anti-federalist, anti-states-rights move.” The strength of the popular-vote compact, Anuzis said, is that it keeps authority over the presidential election in the hands of state legislatures, as envisioned by the Founders, even as it broadens the playing field nationwide.

Enacting the popular-vote compact might be easier than passing a constitutional amendment, but it’s not any simpler. Legal challenges would be inevitable. “It can get to 270 and then collapse,” Keyssar said.

For now, the advocates for scrapping the current system seem resigned to a long road ahead. Republicans have now lost the popular vote in four straight elections and seven of the past eight, while the Democrats clamoring for change have at least clawed back the White House for another four years. But the Electoral College might not be as secure as it appears.

Change can happen fast. As recently as 2004, same-sex marriage seemed more likely to be banned by constitutional amendment than to be deemed the law of the land by the Supreme Court, as it was just 11 years later. Keyssar recently wrote a book recounting in exhaustive detail the surprising durability of one of the country’s least popular institutions. “I’m not Pollyannaish about this,” he said with a laugh. But when I asked him about the outlook for America’s complicated way of electing its president, Keyssar told me that the path to change might end up resembling the success of the gay-rights movement. “I do see it as probably more glass half full right now,” he said.

Russell Berman is a staff writer at The Atlantic, where he covers politics.

The Atlantic. Be surprised. Be challenged. Be a subscriber. Options starting at less than $1 per week. You can cancel anytime.