Research conducted 20 years ago by a former NJIT dean is being put to new use in the COVID-19 vaccine from Pfizer-BioNTech. 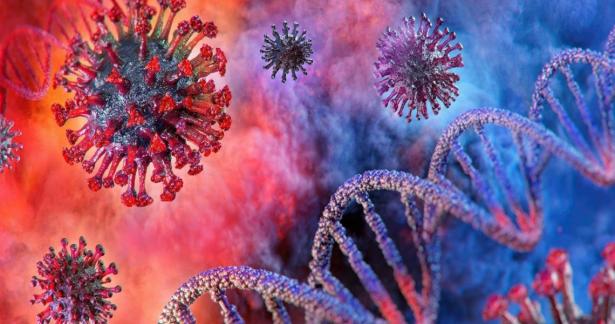 Barry Cohen, who was an associate dean of Ying Wu College of Computing, worked on the design of stable messenger RNA (mRNA), a key ingredient of the vaccine recently approved for emergency use by the U.S. Centers for Disease Control and the Food and Drug Administration.

For his doctoral thesis at SUNY Stony Brook in the early 2000s, Cohen wanted to use computers to study evolution. He believed an opportunity could be found in mRNA, single-stranded molecules that deliver instructions to cells for synthesizing proteins. There are a vast number of mRNA molecules that code for the exact same protein, the difference among them being their varied structures.

Nature requires variety for natural selection to occur. Over time, nature selects certain variations over others, guiding the course of evolution. Cohen reasoned that with a wide variety of structures available among mRNA molecules that produce the same protein, nature might show a preference for those with the most stable structures, namely those which can survive harsh conditions and live for a longer time before they naturally decompose. Working computationally to examine thousands of genes in newly available genomes of dozens of bacteria, that is precisely what he found.

Seeing that nature showed a preference for stable molecules motivated him to set about finding ways to algorithmically design stable mRNA.

“If nature likes stable mRNA molecules, it might make sense for us to figure out how to design some that are maximally stable for our own purposes,” said Cohen. “Even though that was not where my research started out, that is what led me to create algorithms for mRNA design, in particular stable mRNA. We were able to come up with some extremely efficient algorithms which were the best available at the time. ”

What you think of as a blue sky endeavor may someday reappear and become immensely, practically important

Cohen and his advisor at Stonybrook, Steven Skiena, published the results in the Journal of Computational Biology in 2004.

Research into mRNA design continued to be an active area of interest for Cohen in the following years, with many other scientists hoping it could lead to breakthroughs in the treatment of critical medical conditions by using it to force the body to generate specific proteins that could cure disease. However, they encountered obstacles when the body’s immune system would attack these proteins, seeing them as an invading foreign body.

But in the case of a vaccine, an immune response is exactly the result scientists seek. They want the body to learn to recognize and to remember harmless fragments of a virus introduced by a vaccine, and then to attack the actual virus if it appears. That immune response is how vaccines train the body to ward off viral diseases. This is what led to the unprecedented rapid design of vaccines for COVID-19.

COVID-19 represents the first time mRNA vaccines were brought to market, since human testing requires huge resources and a widely spreading disease to successfully demonstrate the high standards of efficacy and safety required for a treatment that will be administered to hundreds of millions of people. The science was there, ready to be put into action if needed. COVID-19 presented a clear and urgent need. When Chinese scientists published the genome of the COVID-19 virus in January, scientists in other countries sprung to action and within days had designed mRNA-based vaccines. The months since then have been spent thoroughly testing.

The mRNA vaccines from Pfizer-BioNTech and Moderna, along with other vaccines based on more traditional technologies, target the coronavirus’s now-famous crown-like spike protein. Days after the COVID-19 genome was sequenced, scientists used algorithmic design to successfully create mRNA molecules containing instructions for generating COVID’s protein spike. In some vaccines the spike protein has also been computationally tweaked for maximal effectiveness. These first-of-their-kind mRNA vaccines show promising results, reporting about a 95 percent effective rate.

It's unclear if the COVID vaccine developers were aware of Cohen's work, or whether they learned of it from independent research that happened later and led to the same conclusions. Regardless, thanks to the methods he helped pioneer, the vaccines will have a longer half-life and are easier to store and transport, a key consideration given the enormous logistical challenges of delivering the vaccine.

“I tell my students who are engaged in research or who are looking for a research topic that you never know where your research may lead,” Cohen said. “What you think of as a blue sky endeavor may someday reappear and become immensely, practically important. This is a great example.”