“As our country undergoes a racial reckoning, I want to be very clear: the Hyde Amendment is a racist policy.” Black and Native American women are two to three times more likely to die from pregnancy-related causes. 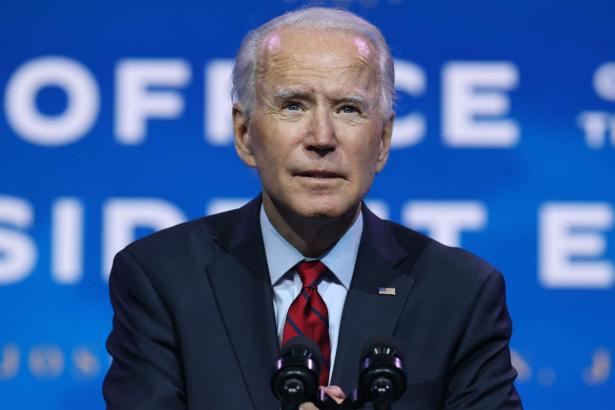 President-elect Joe Biden announces the members of his health team, including his pick for secretary of Health and Human Services, Xavier Becerra, at the Queen Theater December 8, 2020, in Wilmington, Delaware., Chip Somodevilla/Getty Images

Last June, the campaign of then-candidate Joe Biden reaffirmed Biden’s longstanding support for the Hyde Amendment, the 44-year-old ban that withholds coverage of abortion from millions of low-income people.

The next day, after a chorus of condemnation from fellow Democratic candidates and reproductive rights groups, Biden changed his mind.

“If I believe health care is a right, as I do, I can no longer support an amendment that makes that right dependent on someone’s zip code,” he said.

Now, advocates say, Biden must fulfill that promise by sending Congress a budget that strikes down Hyde and related bans that force Native Americans, federal employees and Medicaid recipients in most states to raise hundreds or thousands of dollars for abortion or remain pregnant if they can’t. More than 150 reproductive health, rights and justice organizations sent a letter to Biden Tuesday calling on him to introduce a budget that repeals Hyde.

“He committed to ending Hyde during his campaign — and this is the clear first step to keeping that commitment and sending a message that this administration will not accept discriminatory restrictions on abortion coverage,” said Georgeanne Usova, senior legislative counsel at the American Civil Liberties Union.

President Obama left the Hyde Amendment intact in the budgets he sent to Congress, although he did repeal the ban on the use of local funds in Washington, D.C., for abortion. The last president to send Congress a budget that attempted to remove federal restrictions on abortion funding was Bill Clinton.

During Clinton’s first term, in 1993, spokesperson George Stephanopoulos said, “The President called for the repeal of the Hyde Amendment during the campaign, and that will be his position.”

Over the past four years, the tide has shifted on the topic of public funding of abortion, thanks in large part to organizing by the reproductive justice group All* Above All. “Fundamentally, there is now a groundswell of public support, a groundswell of support in Congress,” Destiny Lopez, co-director of All* Above All Action Fund, told Truthout in an interview.

If Biden removes the Hyde Amendment from his budget, it would “begin the process of lifting this coverage ban that is impacting the folks who are in the crosshairs of the social and political moment that we’re living in,” Lopez added. “People of color struggling financially are at the center of the uprising; they’re at the center of the pandemic; they’re dying and they’re going to bear the brunt of the economic downturn that COVID has created.”

The president’s draft of the budget is only a first step — any attempt to repeal Hyde would require cooperation by Congress.

The president’s draft of the budget is only a first step — any attempt to repeal Hyde would require cooperation by Congress. The movement to repeal Hyde through passage of the EACH Woman Act faces an uphill battle there, with the balance of power in the Senate resting on two runoff races in Georgia next month. But there are a number of steps Biden can take on his own, Lopez said, including pledging not to sign legislation that includes abortion coverage restrictions, highlighting abortion access in his first State of the Union address and reversing the Trump administration’s efforts to restrict private insurance coverage of abortion.

“I can’t underestimate the power of the bully pulpit,” Lopez said, citing the 2016 Democratic presidential campaign as an example. “When I think about the game-changing moment for us, it was actually back during the last cycle, when both [Hillary] Clinton and [Bernie] Sanders went on the record saying that they support a repeal of Hyde.”

In the latest sign of growing momentum against the bans on public funding of abortion, Rep. Rosa DeLauro (D-Connecticut) convened a subcommittee hearing Tuesday that All* Above All described as the “first proactive hearing” on the subject in the House Appropriations Committee, which determines how to spend the federal budget. The hearing was one of DeLauro’s first steps after her House colleagues elected her to the powerful post of chair of that committee last week.

“The inequities in our country’s health care system that have been exposed by the COVID-19 pandemic all further expose the impact of the Hyde Amendment,” DeLauro said as she kicked off the hearing. “All of these issues deny the humanity of people of color and their ability to do well for their families and their communities.”

Speakers at the hearing underscored how Black, Latinx and Native American people — who have borne the brunt of infections, hospitalizations and deaths from COVID-19 as well as the economic recession — are also disproportionately impacted by funding restrictions on abortion.

“As our country undergoes a racial reckoning, I want to be very clear: the Hyde Amendment is a racist policy,” Herminia Palacio, president and CEO of the Guttmacher Institute, said in her testimony. Palacio noted Black and Native American women are two to three times more likely to die from pregnancy-related causes.

“I ask you to reflect on these overlapping and perverse indignities,” Palacio said. “The Hyde Amendment disproportionately withholds abortion coverage from Black and Brown communities, a potential consequence of which is being forced to continue pregnancy in a system in which Black and Indigenous people are astonishingly more likely to die.”

“As our country undergoes a racial reckoning, I want to be very clear: the Hyde Amendment is a racist policy.”

Palacio cited a Guttmacher literature review that found about one in four women who would have Medicaid-funded abortions instead give birth when this funding is not available. Women who want an abortion but are denied access to one have four times greater odds of living below the federal poverty level and are more likely to experience serious pregnancy complications and to stay with abusive partners, according to the Turnaway Study.

Even before the pandemic and the soaring unemployment it has ushered in, about 40 percent of Americans said they would struggle to raise $400 for an emergency expense, which is less than what an abortion often costs. The pandemic has forced people to wait longer or travel further for care, especially in states like Texas that tried to use COVID as a pretext to ban abortion. That has put pressure on groups like the Lilith Fund in Texas that work to help people afford abortions.

As abortion access faces an uncertain future due to the appointment of three Trump nominees to the Supreme Court, the issue of repealing Hyde has moved from a third rail in abortion politics to a more central issue. As Biden and Kamala Harris prepare to enter office, reproductive justice groups are preparing to exert the pressure that may be necessary to force Biden to take action.

“The historical tide has turned on this issue, and that means if he does not move on this, he will be on the wrong side of history,” Lopez said. “And I think we’re at a moment where we will have to hold the administration accountable.”

Amy Littlefield is a freelance investigative reporter focused on the intersection of religion and health care.

We know that everyone in Truthout’s reader community will be touched by this pandemic in one way or another. That’s why we’re devoting ourselves to covering it as thoughtfully, accurately and creatively as possible.

Truthout relies on donations from readers to keep publishing, and right now the news is moving more quickly than ever. If you can, please chip in to support trustworthy, fearless journalism at this time when it’s needed most. Donate Now