US Invests Millions in Failed Attempts at "Democracy" in Cuba

"An extensive network of groups financed by the US government sends cash to Cuba to thousands of so-called 'democracy activists', journalists and dissidents every year." 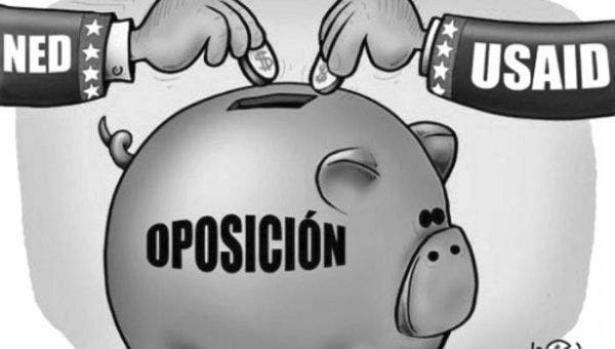 Multiple counterrevolutionary, subversive and opposition groups have received a total of $16,569,889 in grants from the United States Agency for International Development (USAID) since 2017., Twitter/@y_gala_lopez

"An extensive network of groups financed by the US government sends cash to Cuba to thousands of 'democracy activists', journalists and dissidents every year"—with that initial note, journalist Tracey Eaton, a specialist in Cuba related issues, focuses on the underlying reality of the subversive programs promoted by the United States on the island, some so secret that the recipients of the funds are never published.  NOTE:  http://cubamoneyproject.com/2020/12/09/democracy-2/

The explanation lies in two reasons: to protect those involved from alleged reprisals and to respect the Freedom of Information Act (FOIA), which prohibits the disclosure of strategies to "rescue Cuban democracy."

A broader question, the answer to which, according to Eaton, he also does not know, is whether groups financed by the U.S. administration are channeling money to the San Isidro Movement (MSI).

Cuba Rejects US Interference in Its Internal Affairs

While a November 24 State Department announcement offering up to $1 million for programs that promote "civil, political, religious and labor rights" does not mention the MSI—according to Eaton—most likely is that the US government is trying to act quickly before the end of the political and social tension that has been built up.

An analysis of the fabricated media insights is notoriously difficult, but Tracey Eaton brings us closer to the magnitude of the phenomenon through evidence shared below.

The following table shows a sample of groups that have received a total of $16,569,889 in grants from the United States Agency for International Development (USAID) since 2017. Although USAID reports funding for only five or six groups in a given year, about a dozen may still be operating under the previous year's grants.

The total number of groups reaches 54, and based on a quick count of organizations that are the most visible, the groups include:

Groups that receive secret funding are not included in this list.

The State Department, USAID, and NED report having "undisclosed" or "miscellaneous" contractors whose names are not published.

Another mystery is how many Cubans receive money from US-funded organizations. Tax records provide few clues.

As such, it is impossible to know exactly how much of the money from U.S. democracy promotion programs end up in Cuba and how many people are paid.