Let’s Reject the Violent vs. Nonviolent Crime Dichotomy to End the War on Drugs

We can choose to confront the historical roots and systemic racism of the drug war and mass incarceration and to see the alignment between people who want to end both. 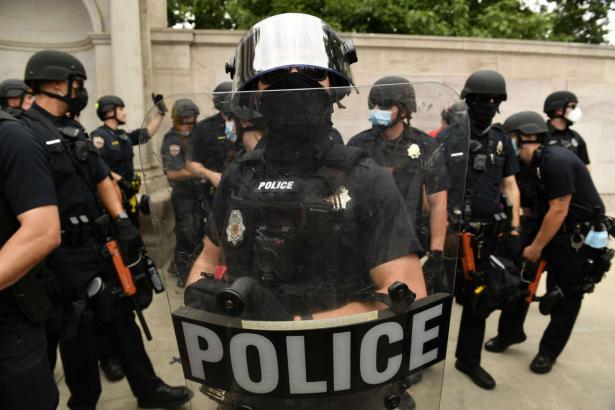 November’s election saw criminal legal system and drug policy reform win big at the polls. Oregon became the first state to decriminalize all drugs, and voters overwhelmingly passed other reforms to drug laws, even in deeply red states like South Dakota. Policing took center stage in the national dialogue. And both the vice president and president-elect in their first addresses to the nation promised to “root out systemic racism” in the criminal legal system.

The people have spoken, and we are on the precipice of a new moment for justice reform. But how we understand the scope of this collective call for change — and the challenge to which Biden and Harris will have to rise — stands to shape what our new world may look like for decades to come.

Central to determining the outcome of that question will be whether or not we as a nation move past one particular old and dangerous habit: for decades, reforms have underscored a dichotomy between nonviolent and violent offenses. This contrast often gets good traction, since it allows people who support drug policy and lower-level criminal legal reform to avoid having to grapple with the question of violence. It has been a winning strategy — but only for certain victories and people, and not without long-term costs.

The first shortcoming of this false binary is straightforward: it curtails the chance of ending mass incarceration. More than half of the people incarcerated in the U.S. are serving jail or prison sentences for charges of violence. This means truly transformative reductions in the number of people locked up in the U.S. will have to include changing our responses to these crimes. There is no other way about it.

A more subtle but no less insidious cost to this narrow understanding of reform is that the reinforcement of the violent vs. nonviolent dichotomy has at best ignored — and, at worst, amplified — the narrative that has long underpinned mass incarceration in the United States: the familiar though fabricated story of an imagined monstrous “other” from whom we have to be protected at any cost. It is that well-worn story that makes us choose prisons over hospitals, prisons over schools, and prisons over — yes — noncoercive drug treatment. It’s a story as old as our country’s founding and steeped, as our nation is, in deep-seated racism.

From a human perspective, reformers’ failure to contend with this narrative has left a critical dimension of our nation’s racism unchallenged and unchecked. From a policy perspective, it has inadvertently reinforced the notion that some people are beyond the reach of reform efforts and, in so doing, has exacerbated barriers to sentencing reform and alternative strategies like restorative justice that would tackle serious violence differently and in a much more transformative way. So, while it has obviously limited the prospects of ending mass incarceration for crimes of violence, it has also inadvertently created barriers to ending the war on drugs.

Just like the stories about merciless “superpredators” or “gang members,” year after year, Hollywood cranks out the same one-dimensional tropes of violent international drug trade organizations with stories that are almost entirely divorced from the very real daily harms caused by prohibitionist policies — from increasing the likelihood of overdoses to diverting critical resources away from meeting people’s basic needs and into enforcement. Like the narrative about “robbers” and “murderers,” this narrative of the malicious drug seller (almost always Black or Brown) is disconnected from the reality of people who sell drugs and conceals the structural harm done to communities behind stories of individual evil. Together, these stories limit what we can envision and tolerate in our responses to violence, whether related or unrelated to the drug trade, even as evidence shows prison actually increases, rather than decreases, the likelihood that someone will cause further harm.

Moving past the violent vs. nonviolent false binary will allow the drug policy reform movement to affirm that while drug markets are not inherently violent, at the same time, unregulated drug sales can cause harm.

But this imaginary division is not our only option. Instead, we can choose to confront the historical roots and systemic racism of the drug war and mass incarceration and to see the alignment between people who want to end both. Moving past the violent vs. nonviolent false binary will allow the drug policy , preform movement to affirm that while drug markets are not inherently violent, at the same time, unregulated drug sales can cause harm. Drug reform work can then build on and borrow from existing alternative responses to violence work and allow us to find ways of repairing harm that do not over-rely on punishment.

When the wide sphere of people who say they are committed to drug policy and justice reform set aside this tired and harmful narrative, we will no longer have to pretend that instances of drug users causing harm to themselves or others do not exist in order to win. Policymakers will then be able to broaden the terrain beyond rethinking drug possession, but also include reforming our nation’s approach to people who sell drugs. This will give us an opportunity to address the challenges associated with drugs and violence, recognizing that prohibition has made them inextricable from each other. We can then adopt transformative justice responses to violence that allow us to imagine what it might look like for our nation not just to stop criminalizing drugs, but to also enact reparations for the harm inflicted on our communities after many years of criminalization, harm that often drives both problematic drug use and violence.

And people committed to criminal legal reform more broadly can finally move into the terrain of other violent crimes like assault, robbery and murder that do not always arise from the drug trade but almost always arise from the same underlying conditions that gave birth to the war on drugs. Then we can advance solutions that align with what the evidence proves time and again: that alternatives to incarceration produce better results and more safety — including in responding to violence.

If 2020 has shown us anything, it’s that our survival is tied to one another in countless ways and that we cannot win one group’s freedom or well-being by depleting the dignity and chances of another. It will not be enough for policymakers, including the president- and vice-president-elect, to just stay in cautious political territory and only tinker with our nation’s responses to nonviolent crime while avoiding the rest. The mandate of this moment and the people is far greater. The sooner our new leadership comes to terms with the scope of what will be expected of them, the sooner we will become, for the first time, a nation that keeps its promise of safety and equity for all.

White supremacists, conspiracy theorists, and far right extremists have gone unchallenged long enough. The armed insurrection at the U.S. Capitol on Jan 6th was not the end of their attacks on democracy.

We urgently need to do more to fight against the far right and its violence — while we still can.

Please join us in our fury and help us amplify the voices of the authors and activists fighting for our future. Donate Now

Kassandra Frederique is the executive director of the Drug Policy Alliance, a national nonprofit that works to end the war on drugs.