This time, unions intend to get something done. 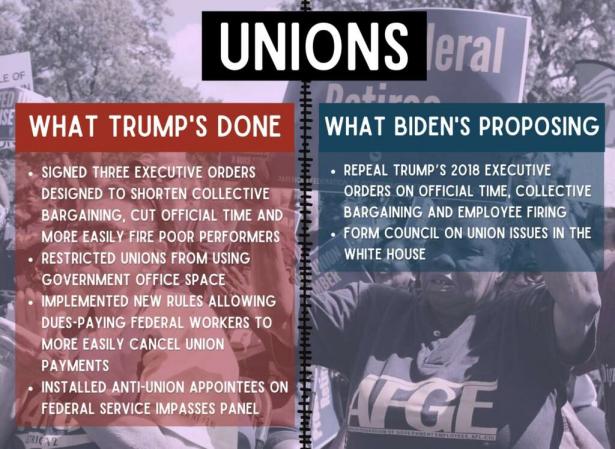 As the Democrats take control of the White House and both houses of Congress amid overlapping national crises, labor leaders say it is now more critical than ever that Washington deliver significant material gains for the working class.

Democrats partly owe their recent electoral victories in places like Nevada, Arizona, Pennsylvania and Georgia to the extensive get-out-the-vote efforts of unions like UNITE HERE and the Service Employees International Union (SEIU), which reached millions of Black and Latino voters.

After defeating Donald Trump and the Republicans at the polls, the labor movement does not intend to rest on its laurels.

“We’re not going to stop the campaign just because the election is done,” D. Taylor, international president of UNITE HERE, told In These Times. ​“We have to hold Democrats accountable. We will go to the same voters they made promises to and point out whether they have lived up to those promises or not. They can no longer blame the Republicans. It’s right on their shoulders.”

President Joe Biden, who calls himself a ​“union guy,” has signaled his intention to work with organized labor by tapping Boston mayor Marty Walsh to be his Labor Secretary. A former official in the Laborers’ Union Local 223, Walsh was the AFL-CIO’s preferred choice for the Cabinet position, though many progressive unionists and Transport Workers Union president John Samuelson wanted Sen. Bernie Sanders in the role.

Further, in his proposed $1.9 trillion Covid relief package, Biden has included a provision to raise the federal minimum wage to $15 an hour — something service sector workers led by SEIU and other unions have famously been fighting for since 2012.

Besides delivering immediate economic relief and getting the pandemic under control, labor leaders want the Biden administration to quickly reverse the various anti-worker measures that Trump and his Department of Labor enacted, like reducing the number of workers eligible for overtime pay and restricting the collective bargaining rights of federal employees.

They are also counting on the new president to appoint union-friendly members to the National Labor Relations Board (NLRB). There is one vacancy on the Board right now, and another is set to open in August when the term of one of the current Republican members is set to expire. That means, assuming Biden makes nominations that swiftly get confirmed by the Senate, Democrats should hold a majority on the Board by late summer.

In his powerful position at the Board, Robb has worked to make sure McDonald’s can’t be held legally responsible for labor violations carried out by its franchises, attacked neutrality agreements that restrict employer interference in unionization drives, and even tried to outlaw Scabby the Rat.

In addition to making demands on Biden, labor leaders are also seeking bold moves from lawmakers on Capitol Hill.

“While there are immediate actions that Joe Biden and his Department of Labor can take to support worker organizing and to protect collective action, the transformative change we need requires action by Congress,” said Sara Steffens, secretary-treasurer of the Communications Workers of America (CWA).

The CWA is part of a growing coalition of unions, state labor federations, worker centers, and progressive groups led by the International Union of Painters and Allied Trades (IUPAT) that is mobilizing to ensure Congress passes the Protecting the Right to Organize (PRO) Act.

The PRO Act would dramatically reform private sector labor law by removing the many corporate-friendly legal obstacles to unionizing and striking. Publicly supported by Biden and Walsh, the legislation was passed last year by the Democratic-led House of Representatives, only to go nowhere in the Republican-dominated Senate.

In the aftermath of the November election and Georgia runoff, the IUPAT-led coalition has launched a campaign pushing for passage of the bill.

In 2009, the last time Democrats simultaneously controlled both houses of Congress and the White House, they failed to accomplish a similar attempt at labor law reform — the Employee Free Choice Act — despite campaigning on a promise to pass it. Union leaders are aiming to avoid a repeat of that disappointment.

“The labor movement should be doing something we didn’t do the last time around, and that’s push like hell and not expect people who say the right thing to do the right thing,” Taylor said.

“The trap we fell into with the Employee Free Choice Act was taking their support for granted and just waiting to see how the process unfolded,” explained Ryan Kekeris, IUPAT’s communications director. ​“We’re doing the opposite here. We’re calling the question and making this a priority from day one. We’re building a grassroots, decentralized movement that can mobilize people and pressure politicians.”

“We know that if a fight stays in the halls of Washington, D.C., those fights end up losing a lot of the time,” said IUPAT general vice president Jim Williams. ​“We have to take the fight outside of Washington, D.C. and into our congressional districts, into the states, into our communities.”

At a townhall hosted by the IUPAT last Thursday, AFL-CIO president Richard Trumka said the PRO Act must be brought to Joe Biden’s desk this year ​“come hell or high water.”

“This time has to be different,” Trumka said. ​“We can’t be at the back of the train; we have to be at the front of this train.”

Unionists agree that to have any hope of securing sweeping legislation, partnerships must be forged with other progressive movements, including those organizing around racial justice, immigrant rights, and climate action.

“We need to unite with others who are in motion,” explained Carl Rosen, general president of the United Electrical, Radio and Machine Workers (UE). ​“A big advantage relative to 2009 when Obama came in is there wasn’t nearly the level of mobilized action going on in the country then as there is now.”

A key partner in the IUPAT’s campaign to pass the PRO Act is the youth-led Sunrise Movement, which is at the forefront of the fight for a Green New Deal.

“We’re definitely serious about the ​‘Green’ part of that, and we’re equally serious the ​‘New Deal’ part,” Lauren Maunus, the Sunrise Movement’s legislative manager and a member of CWA Local 1180, said at last Thursday’s townhall. ​“America needs labor law reform on a scale unseen since the original New Deal.”

Labor leaders stress that it will also be necessary to organize outside of progressive and liberal circles, especially since some 40% of union households voted for Trump.

“We have to get to that section of the working class that we’ve stopped talking to, and that have instead been wooed away by the Right because they haven’t seen any solutions being offered to them,” said Rosen.

“I’m not talking about trying to bring dyed-in-the-wool, super right-wing racist white nationalists over and make them our allies. Far from it,” he added. ​“But they have influence over an awful lot of people because we’ve failed as labor and progressive movements to get an alternative out there for folks to be part of and to feel like it can make a difference for them.”

“Many union members are rightfully skeptical of electoral politics. Many turned to Trump for that very reason — he promised a break from politics as usual,” Williams of IUPAT recently wrote for In These Times. ​“For decades, our members have been sold false promises… Our standards of living have fallen and despite promises from Washington, nothing has changed.”

Through organizing conversations with its membership, the IUPAT found that the PRO Act is popular with rank-and-file members across the political spectrum, including those who voted for Trump. ​“This is an issue that unites working people regardless of political party affiliation,” Kekeris said.

Rosen contends that another issue with the potential to win over workers who typically vote Republican is Medicare for All.

“People like Medicare, including rural and working-class folks who might otherwise be convinced by right-wing propaganda to be anti-government. We need to build on that,” Rosen explained.

Taylor, whose union’s diverse membership includes people from all over the world, said that comprehensive immigration reform must be ​“front and center.” Biden reportedly plans to send a bill to Congress soon that would offer a pathway to citizenship for 11 million undocumented immigrants.

For its part, the Teamsters union is launching a campaign to push for implementation of multiple federal policy priorities, including strengthening pensions and ending the misclassification of workers as ​“independent contractors.”

Beyond mobilizing working-class voters to hold elected officials accountable, unions expect to continue waging workplace struggles to protect workers’ health and safety in the pandemic and to safeguard wages and benefits amid the recession.

As Rand Wilson and Peter Olney recently wrote in Labor Notes, this year alone, 450 collective bargaining agreements covering over 1.5 million union workers will expire, opening the door to contract campaigns and potential strikes that offer ​“an ideal opportunity for the labor movement to showcase our power and the advantages of collective bargaining.”

“It would be very, very good for unions to engage in as many militant workplace-based fights as possible,” Rosen said. ​“In the end, to win serious change in this country, we’re going to have to convince the folks in the capitalist structure that they’re better off giving some concessions to us rather than ignore our protests or attempt to repress them, that they’ve got too much to lose if they don’t give in to some substantial degree.”