The Capitol rampage turns the media world upside down 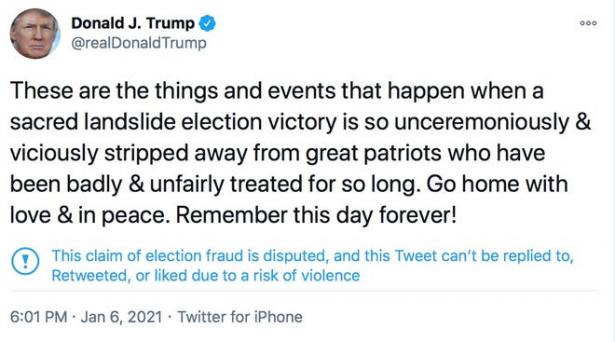 What does the future hold for Net Neutrality, the digital divide, and big tech regulation?

The Capitol Rampage and Social Media

Twitter has suspended several popular accounts with alleged ties to Antifa — which have more than 71,000 followers combined — following violence on Inauguration Day.

By Leon Yin and Alfred Ng
The Markup

Zuckerberg testified under oath before Congress in October that Facebook had stopped recommending all “political content or social issue groups.” But the platform continued to recommend political groups to its users throughout December.

The Curious Case Against Sci-Hub and Libgen

By Anirban Pathak
The New Leam

Despite recent attacks on Bolivia’s Movement for Socialism, the country’s voters were ultimately undeterred by disinformation tactics.

Members of The New Yorker Union undertook a 24-hour work stoppage to demand better wages. Many subscribers and supporters took to Twitter to share their surprise that such a prestige publication would not recognize its staff’s union.

Your Data, Their Intelligence

By Mitchell Clark
The Verve

The Defense Intelligence Agency (DIA) has confirmed that the US government buys location data from data brokers. The data, collected by citizens’ smartphones, isn’t separated by whether a person lives in the US or outside of it.