Americans Adamantly Refuse to Cash Stimulus Checks Unless Republicans Are Onboard

“If that means accepting a stimulus check that has less than bipartisan support, count me out.” 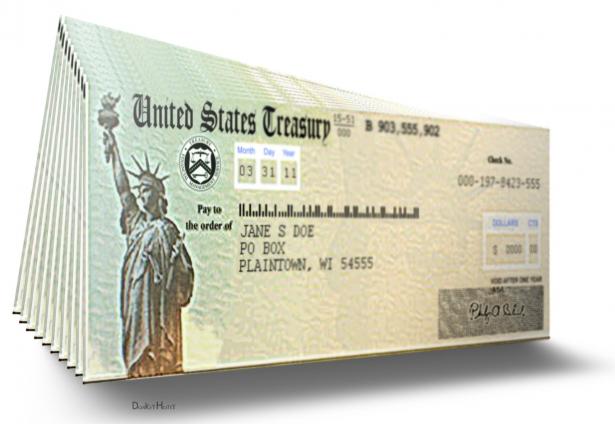 WASHINGTON (The Borowitz Report)—A broad majority of Americans adamantly refuse to cash a new round of stimulus checks unless congressional Republicans fully support their issuance, a new poll shows.

According to the poll, ninety per cent of Americans would forego food, clothing, and shelter if it means holding out for a relief package that has the support of such G.O.P. lawmakers as Senator Susan Collins, of Maine.

“Sure, I’d love to avoid being evicted at the end of the month,” one poll respondent said. “But if that means accepting a stimulus check that has less than bipartisan support, count me out.”

“We’ve been struggling to pay for groceries ever since my husband and I both got laid off last year,” another respondent said. “But I wouldn’t feel good about buying food for my family if I knew that the money came via the budget-reconciliation process.”

“My eight-year-old son came to me the other day and said, ‘Daddy, I don’t want new shoes unless the money to pay for them comes with Mitch McConnell’s blessing,’ ” another said. “I don’t think I’ve ever been prouder of that little boy.”

Get the Borowitz Report in your inbox. Sign up now.