Miraculous mRNA Vaccines Are Only the Beginning

The radical future unleashed by the genetics and biotechnology revolutions has already begun. It's up to us to start shaping it. 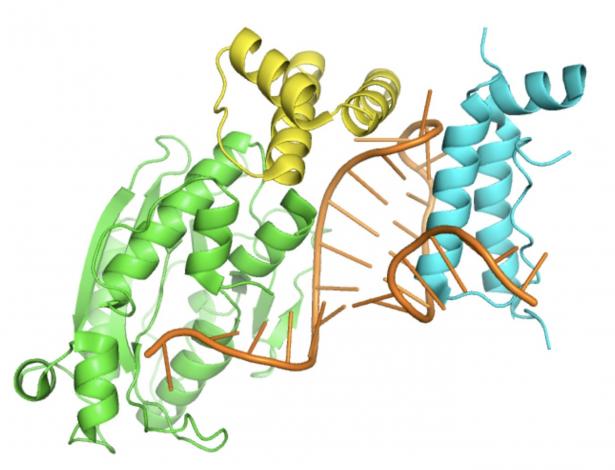 The Pfizer and Moderna mRNA vaccines now being administered across the United States and the globe aren't just providing the first glimmers of hope in our struggle against COVID-19. They are also offering an early look at how the miraculous tools of the genetics revolution will transform our health care and our world over the coming years. But unless we can develop better ways to reap the great benefits while avoiding the potential harms of our Promethean technologies, our moment of triumph could set us on a path to disaster.

Of all the species that have ever lived, our single group of hominins now has the capacity to remake all of biology. But while our ability to read, write and even hack the genetic code of life has advanced dramatically over recent years, our public consciousness and oversight systems have not kept pace. As the great naturalist E.O. Wilson once said, "We have Paleolithic emotions, medieval institutions and godlike technology."

The new vaccines are perfect early examples of this "godlike technology." Unlike older vaccines that injected a weakened, dead or partial pathogen to trigger the body's immune system, the mRNA vaccines insert computer-modeled, synthetic strings of genetic code instructing our cells to produce the infamous spike protein of the SARS-CoV-2 virus. The vaccines, in essence, transform our bodies into personalized manufacturing plants producing an otherwise foreign object to trigger our natural immune response. This approach will soon create a whole new platform for fighting cancers and other diseases, as well as for providing enhancements even more profound than vaccination.

Hacking our RNA, however, represents only a tiny fraction of what is coming as our new genetics age unfolds. We're only a fifth of the way through the 21st century, but we've already sequenced the full human genome, figured out how to turn adult cells into stem cells, discovered ways to rewrite the genetic code of any living cell and brought down the cost of hacking genes by a factor of millions. If the 19th was the century of chemistry and the 20th that of physics, the 21st is the century of biology, in which we will aggressively reengineer biological systems to meet our needs.

This transformation was already well on its way before the pandemic, but COVID-19 supercharged the genetics revolution—just as World War II massively accelerated electronics and space travel. This revolution will soon touch our lives ever more intimately. Our health care systems will embrace personalized treatments and predictive modeling to prevent health problems that have yet to materialize. We'll brew animal proteins from cell cultures to feed ourselves and fertilize crops with engineered bacteria. We'll generate energy from algae, grow critical raw materials rather than extract them, store virtually unlimited amounts of data as genetic code and, ultimately, recast our evolutionary trajectory as a species.

Every technology can be used for good or for ill. If we inoculate the privileged among us and not the vulnerable, the virus will mutate around our defenses and imperil us all. The same genetic tools used to fight pathogens can be used to create more dangerous synthetic ones. Genetic information providing insights into how each of us function can be used to discriminate against us. Powerful tools like gene drives that can be used to end Malaria could inadvertently crash entire ecosystems. Genetic manipulations of pre-implanted embryos could cross into dangerous human experimentation. In the face of biological complexity honed over billions of years of evolution, our hubris to manipulate complex systems we hardly understand could as much be our undoing as the mRNA vaccines now seem our salvation.

Awareness of these risks should not prevent us from charging forward, but it must inspire and sufficiently frighten us to do all we can to ensure our greatest collective values will guide the application of our most powerful technologies.

No technology comes with its own built-in value system. The difference between any given technology being used for good or for ill is not the technology itself, but us. If we want a future in which world-changing genetic technologies are applied for the common good, we've got to build it. It's up to each and all of us to ensure that our Paleolithic emotions and medieval institutions can meet the challenge and opportunity of our godlike technologies.

It's up to each of us because the future of our species and world is too important to be left to a small number of experts and officials. We each need to take responsibility for educating ourselves on these critical issues so we can join essential conversations on the best ways forward. We must all be informed, empowered citizens demanding accountability from our leaders at all levels.

It's up to all of us because managing these technologies wisely requires far greater action and collaboration on the national and global levels.

National governments must invest heavily in laying the foundations for the bioengineering economy of the 21st century while building education systems that foster innovation and ensure a well-informed citizenry. While some countries like the U.K. have relatively strong systems in place for regulating these technologies, others have spotty systems—or even nothing at all. Because science and technology are mobile, these types of regulatory black holes threaten us all.

And because the worst potential abuses—from synthetic pathogens to carelessly genome-edited babies and other irresponsible applications of runaway science—have global implications, we'll also need to develop far better mechanisms for addressing our greatest common challenges. We need a new generation of treaties, a new UN body dedicated to fostering the most responsible applications of revolutionary science and new global forums for bringing the general public, civil society groups, scientists, ethicists, faith leaders and others together in a common dialogue about how to build a better future for all. In spite and in honor of our differences, we must build a table big enough for everyone.

None of this will be easy. But the alternative of racing into the genetics age without an adequate process for bringing us together would ultimately prove even more challenging.

The radical future unleashed by the genetics and biotechnology revolutions has already begun. It's up to us to start shaping it.