labor The Re-emergence of Sectoral Bargaining in the US, Britain, Australia and Canada

A growing number of unions, academics and politicians in the US and countries most similar to it think increasing sectoral bargaining is a critical step to improve conditions for workers.

April 23, 2021 David Madland Onlabor
Printer friendly
The Re-emergence of Sectoral Bargaining in the US, Britain, Australia and Canada Published April 23, 2021 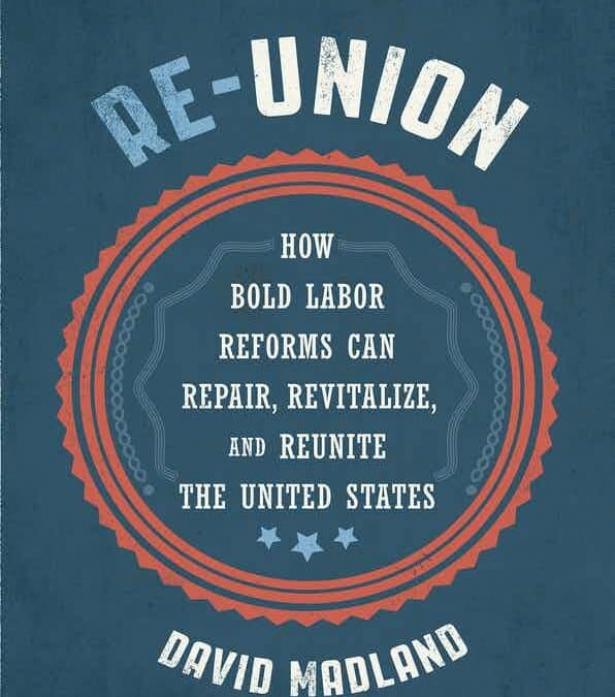 Sectoral bargaining — which seeks to cover all workers in an industry or region with a collective bargaining agreement and ensure that similar work receives similar pay — has re-emerged as a political issue in the US as well as Britain, Australia, and Canada.  As I highlight in my new book, Re-Union: How Bold Labor Reforms Can Repair, Revitalize, and Reunite the United States, countries with worksite-based bargaining systems are seeking to reform their labor laws to address declining bargaining coverage and the accompanying decline in prosperity for the working class.

Many US television writers, railroad workers, and hotel employees, among others, currently benefit from sectoral or broad-based bargaining and the US has a long history of this type of bargaining in industries such as auto and steel, where it was instrumental in helping create the American middle class.  Yet, US law channels bargaining to the worksite level, and most of the collective bargaining in the country now occurs at this level. This can make raising compensation and maintaining high standards challenging because employers can often find ways to avoid coverage, particularly in heavily fissured industries that have layers of contracting and many very small employers.

In part because of these challenges, US politicians from Bernie Sanders to Mike Bloomberg, among many others, have put out plans to increase sectoral bargaining and candidate Joe Biden called for a working group on the issue.

A growing number of unions, academics and politicians in the US and countries most similar to it think increasing sectoral bargaining is a critical step to improve conditions for workers.  A modernized labor system requires both sectoral bargaining and workplace-level bargaining, as well as efforts to facilitate organizing and to ensure workers have real rights, such as the PRO Act — as projects such as the Clean Slate for Worker Power have recommended.

Sectoral bargaining is often associated with countries like Sweden, Denmark, and Germany where it is seen as a key factor in ensuring high levels of collective bargaining coverage and keeping wages elevated and economic inequality in check;  as OECD research explains, collective bargaining coverage is high and stable “only in countries” with significant sectoral bargaining.  But the US, Britain, Australia, and Canada are not just looking to the Nordic or Continental models; rather they are seeking to learn from their own history and each other.

In 1979, British unions were quite strong, representing 55 percent of workers and collective bargaining coverage was over 70 percent, with most bargaining done with multiple employers.  Sectoral bargaining was a key piece of this success: “The ‘system’ in place in the post-war era was … one of sectoral bargaining underpinning establishment level negotiation,” as Keith Ewing and John Hendy argue.

However, Margaret Thatcher changed labor policies so that union density and coverage dropped precipitously. Labor unions continued to struggle even after the New Labour government took power in the late 1990s and ended nearly 20 years of Conservative rule – in large part because the Labour government did not markedly alter Thatcher’s changes, but rather mostly accepted the new order and pushed only modest reforms. Predictably, wages stagnated and inequality rose as a result of union decline.

In recent years key British think tanks, academics, labor unions and leaders of the Labour Party have pushed back against modest labor law changes and called for bolder policy changes that harken back to Britain’s sectoral past. This agenda now enjoys widespread support across the labor movement and has been the agenda of the Labour Party since 2017.

From the early 1900s through the 1980s Australia had a unique labor system based largely on a model of industry-wide arbitration that led to most workers being covered by a collective bargaining agreement or something analogous.  Until the 1980s, Australia could have been considered the “Sweden of the South,” with its middle class among the strongest in the world and very low levels of economic inequality.

Some of the most decisive breaks from the old system were led by conservative politicians and their business allies, but the general direction of most policy changes was supported by much of the left – including the Labor party and a number of labor unions. In fact, the initial push for enterprise bargaining came from labor unions.  A number of unions thought their workers could do better if they got out from the centralized system, which had been used to limit wage increases as part of a compromise effort to reduce inflation in the late 1980s and early 1990s. Unfortunately, under Australia’s more American-style, enterprise bargaining system, labor union density has been in steep decline, bargaining coverage has fallen, inequality has risen sharply, wage growth has begun to stagnate, the middle class has weakened, and economic growth has worsened.

Now, the main Australian union federation and members of Labor Party, as well as academics and columnists, have been advocating to “change the rules,” to among other things encourage industry-wide bargaining in certain circumstances.

Canadian labor law is very similar US law, with its emphasis on worksite by worksite organizing and collective bargaining, but with more favorable provisions such as no right-to-work, limits on striker replacement, and, in some provinces, card-check sign up.  These provisions help lead to higher union density and coverage than in the US.  Yet, private sector union density has been declining for decades and fell to 14 percent in 2020. Union density has decreased in every Canadian province, even those with card check and similar policies, and fallen in most every industry, not just traditional strongholds like manufacturing. Not surprisingly, inequality has risen.

The difficulties of organizing and collectively bargaining worksite by worksite has led to several Canadian unions, politicians, and academics to push for sectoral bargaining, particularly in heavily fissured industries.  Unifor, Canada’s largest private sector union argues that, “fundamental changes in the economy and labour market,” require “collective bargaining to apply on a sectoral basis, in addition to on an enterprise or workplace basis.” Marty Warren, director of the United Steelworkers in Ontario argues that, “Our current system of labour relations … is profoundly ill-suited to accommodate collective bargaining at thousands of retail franchises across the province.”

The exceptions to Canada’s worksite-level bargaining, such as Quebec’s procedure that extends collective bargaining agreements in some industries, are getting a closer look as possible models for reform. Some consider Canada’s sectoral bargaining structure for self-employed professional artists a potential model for gig workers. And the “Baigent-Ready” sectoral certification proposal is generating significant interest.  Under the proposal, if a union is able to organize a majority of the workers at two or more different worksites in certain types of fragmented industries, this would trigger a multi-employer bargaining process with the employers of the organized worksites. Any subsequent worksites the union organizes would be covered by the same contract terms.

In short, leaders in Britain, Australia and Canada as well as the US are looking to strengthen sectoral bargaining as they seek ways to address deep economic and political problems in their societies.  Broader-based bargaining has proven successful in these societies and its renewal holds promise to improve conditions for workers in today’s economy.