Israel has effectively made the establishment of a separate Palestinian state impossible. It’s clear what’s needed now: a single, democratic state with full rights for all people. 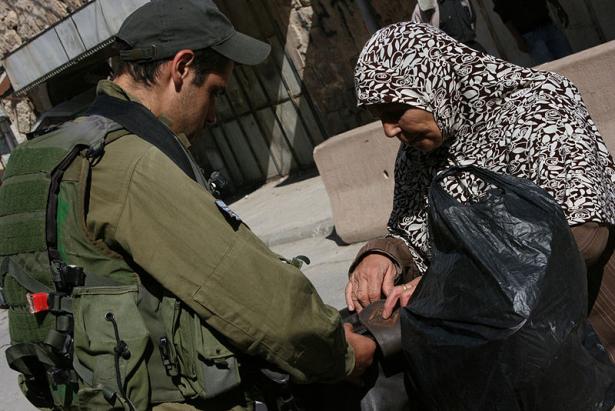 Debate around Israel’s occupation of Palestine often revolves around the two-state solution — one state for Palestinians, another for Israelis. Currently, there is a single state in historic Palestine: the apartheid state of Israel. A web of walls, settlements, and a legal system of discrimination gives Israel full reign of the land, sea, and air.

Former executive director of US Campaign for Palestinian Rights Yusef Munayyer writes: “the simple truth is that over the decades, the Israelis developed enough power and cultivated enough support from Washington to allow them to occupy and hold the territories and to create, in effect, a one-state reality of their own devising.” Israelis have obstructed the formation of a second, Palestinian state anywhere in Palestine. That second state is off the table.

So the question now is not how many states, but rather what kind of state it will be: an apartheid state privileging Jewish Israelis over Palestinians, or a democracy for all its people?

In 1948, the indigenous Palestinian population was systematically dispossessed of 78 percent of its ancestral land. In 1967, Israel occupied the remaining 22 percent of Palestine, including the holy city of Jerusalem, which Israel unilaterally and illegally declared its capital. Israel has consistently refused Palestinians in these areas citizenship and social and political rights (seen most recently in the Israeli government’s refusal to distribute COVID-19 vaccines to Palestinians).

Signed on the White House lawn in 1994, the Oslo Peace Accords categorically denied Palestinians sovereignty under the facade of negotiations toward future statehood. Under Oslo, Israel would maintain military control over the West Bank and Gaza, while a scattering of Palestinian enclaves, effectively Bantustans, would be granted varying degrees of civil autonomy. After five years, the treaty stipulated another round of negotiations for a permanent agreement of two states.

Twenty-five years later, Israel prevents Palestinian construction and access to most of the land while building hundreds of illegal Jewish-only settlements, continuing its dispossession of entire Palestinian neighborhoods and towns, and developing Jewish-only infrastructure (including roads, parks, and natural-resource extraction). A new 213-page report by Human Rights Watch details this apartheid reality and charges Israel with “crimes against humanity.”

Within Israeli society, the nation-state law, which explicitly denies Palestinian national and cultural existence, is the latest iteration of dozens of laws enshrining the second-class status of Palestinians since Israel’s founding. A country that denies an indigenous population access to land, home ownership, or residence in large parts of the country; prevents its access to employment, education, and welfare benefits; denies its right to national or cultural self-determination; and even denies its political representatives the right to call for equality, is no democracy. The Jewish race riots in Jerusalem last week, where Palestinians were ambushed and beaten in the streets by police and mobs of Jewish Israelis chanting “Death to Arabs,” is just one example of Israel’s commitment to an ethnonationalist state. A two-state solution would leave such a state intact.

Two-state negotiations deny millions of Palestinians, one of the world’s largest refugee populations, the internationally recognized right to return to land and homes from which they were forcibly expelled. While Israeli law offers Jews from anywhere in the world the right to “return,” it denies the right to Palestinians born in Palestine and their descendants. Any sustainable solution cannot ignore the legitimate aspirations of seven million Palestinian refugees. As member of Knesset Ofer Cassif put it, “Right of return is not a threat. It’s a solution.”

Any solution that maintains the state of Israel as a Jewish state violates the individual and collective democratic, civil, and human rights of Palestinians. Israel is a settler society that wants to overcome and subdue a defiant indigenous population. That Israel is settled on Palestine.

From the River to the Sea

Atruly free and democratic country for all its people is one in which, as Edward Said once put it, citizenship entitles all to the same privileges and resources. Pretty basic stuff, judging by the low standards of modern democracy. But Israeli and American political leaders have painted this as unrealistic, even unfair.

Many living under the brutality of Israel’s project posit that it is the only realistic long-term solution. Launched in 2018, the One Democratic State Campaign (ODSC) calls for “full civil equality” for both peoples, the right of return, and the creation of a process to mend Palestinians’ “historical grievances” as a result of the Zionist project. Its manifesto calls for a constitutional democracy that will

protect collective rights and the freedom of association, whether national, ethnic, religious, class or gender . . . [and] ensure that all languages, arts and cultures can flourish and develop freely. No group or collectivity will have any privileges, nor will any group or collectivity have any control or domination over others. The Constitution will deny the Parliament the authority to enact any laws that discriminate against any community, be it ethnic, national, religious, cultural or class.

The ODSC connects its call to the progressive campaigns across the Arab world and internationally for a world “free of exploitation, racism, intolerance, oppression, wars, colonialism and imperialism.”

Israel purports to speak on behalf of all Jews and to be a “homeland” for Jewish peoples. But even within Israeli Jewish society, nonwhite Jews are discriminated against by the state and denied cultural self-determination.

The Zionist movement has also long separated the Jewish diaspora from its most logical allies — oppressed minorities. It has connected them in twisted ways to white supremacists, the very people that loathe them. This weakens opposition to the rise of the Right and undermines solidarity.

For decades, the idea of a single democratic state was a galvanizing point in the Palestinian liberation movement. The call was for democracy and freedom throughout historic Palestine, from the Jordan River to the Mediterranean Sea, and an end to the Jewish ethnocracy.

However, following the capitulation of the Palestinian Liberation Organization (PLO), the Palestinian governing party that agreed to the restricted terms of the Oslo Accords, demoralization lowered the sights of many and steadily demobilized grassroots resistance. Growing mistrust in the PLO and its role in maintaining and benefiting from endless hollow negotiations also played a role in disillusionment with the two-state framework. A large majority of all Palestinians agree that the two-state solution is unrealistic. A growing number believe in one democratic state, especially younger Palestinians and those in diaspora. Palestinian cofounder of the Boycott, Divestment, and Sanctions (BDS) movement Omar Barghouti called such a solution “the more just, moral and therefore enduring alternative.”

In the absence of a national liberation movement, we can look to the BDS calls put forward by Palestinian civil society that lay the groundwork for an end to Israel’s colonial project: ending ethnonationalism and Israel’s occupation of all Arab land, dismantling Israel’s apartheid wall, and upholding the rights of Palestinian refugees.

If you believe in democracy, justice, and the end to all forms of oppression, you should also support a one-state solution, from the river to the sea.

Daphna Thier is a socialist, the mother of a toddler, and activist based in Brooklyn. She is a contributing author of the volume Palestine: A Socialist Introduction (Haymarket Books).

Sumaya Awad is Adalah Justice Project's director of strategy and communications, and coeditor of Palestine: A Socialist Introduction (Haymarket Books).