From preventing redundancies to getting workers furloughed, unions have often done the government’s job in this crisis.

May 7, 2021 Ellie Mae O’Hagan The Guardian
Printer friendly
The Pandemic Has Catalyzed a New Era for Britain’s Trade Unions Published May 7, 2021 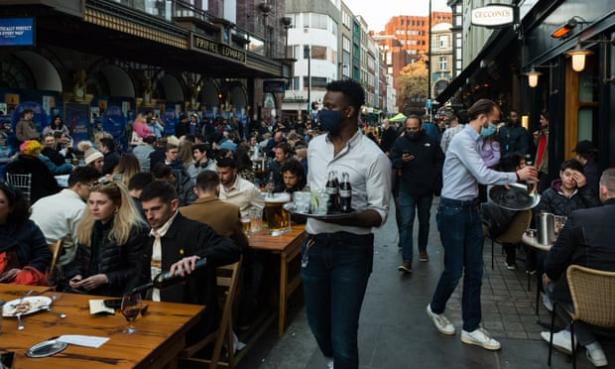 How has the pandemic affected people’s working lives? It depends who you ask. Covid-19 has exposed how the UK economy effectively functions as two distinct worlds: one where there is a decent safety net, good terms and conditions for workers, flexible working and protection from disease; and another, where precarious workers are paid poverty wages and forced to chose between putting food on the table or catching a deadly virus. While the pandemic has accelerated the problems for those in this second reality, it has also created the conditions for people to get organised and start making demands of their employers. One unexpected consequence of the pandemic could be a new dawn for British trade unionism.

The thinktank I run, the Centre for Labour and Social Studies (CLASS) has been examining this more closely. We’ve released our findings in a new report, published this week. Our research shows the economy is heavily weighted against people of colour and young people, and protects and advances the interests of some groups while hanging others out to dry. If you are both black and under 25, for instance, you are nine times less likely to find work than white adults.

But our research also told another story: of the sheer breadth, scope and ingenuity of trade union activity during the pandemic. On many occasions, trade unions effectively did the government’s job for it. They protected people’s health and safety, enforced the furlough scheme and prevented redundancies. We found there was a strong correlation between trade union density (the number of people in a sector who belong to a union) and the likelihood of being made redundant during the pandemic. The industries with the highest union density tended to have the lowest rates of redundancies, and the reverse was true for industries with low union density.

Even in industries that had shut down almost completely as a result of the pandemic, trade unions played a crucial role in preventing redundancies. A representative from Equity, the union for actors and theatre workers, told us that agreements the union brokered for its members in the weeks before the first lockdown were actually better than what their contracts stipulated. The rep described it as “an astounding achievement, and purely on the back of our density”.

When bars and restaurants were forced to close, the sandwich chain Greggs, which has a long history of union recognition, immediately furloughed its staff and topped up their wages so they didn’t lose money. Wetherspoons staff, on the other hand, still have no union recognition and are currently fighting for the Bakers, Food and Allied Workers Union (BFAWU) to be recognised. The company initially insisted it could not afford to pay its staff until it was reimbursed for their wages by the government, but after a public shaming campaign by the BFAWU and Wetherspoons workers, the company furloughed its staff before receiving government funds. But even then, workers received only 80% of their basic wage, which didn’t take into account the tips that many relied on.

Up and down the country, unions kept an eagle eye on employers’ health and safety policies, winning PPE and social distancing measures for workplaces. Union members were more likely to say that they felt safe going to work, and that their employers had done everything to keep them safe. After an outbreak of Covid-19 at the DVLA office in Swansea, the Public and Commercial Services Union balloted members on industrial action, which pressed the organisation into removing more than 300 desks to allow for social distancing, increasing workplace testing and relaxing performance targets in order to prioritise safety.

The growth of trade union activity has led to a rise in union members. According to Kevin Courtney, general secretary of the National Education Union, the NEU alone has gained over 36,000 new members since the start of the pandemic (on one NEU Zoom call in January there were nearly half a million people). Bryan Simpson, who organises hospitality staff for Unite the Union, says the pandemic has “accelerated the curve towards organising precarious workers, because the anger that was starting to permeate around zero-hours contracts, around unpaid trial shifts, around complete lack of notice on things like [management] changing your shift, is all starting to boil over”. While membership had been steadily increasing since 2017, union growth and activism had exploded since the pandemic, he said.

Last year, Unite the Union successfully organised casual workers across the Marriott hotel chain. The company agreed to furlough its permanent workers, but said it was “yet to determine” whether 1,500 casual workers who were largely women and migrants would be furloughed. Within three days, 25 different organising WhatsApp groups had been set up in hotels across the country, from Glasgow to Nottingham, Birmingham and Cardiff. About six in 10 hotels had a small number of Unite members. These members had contacted the Unite campaign’s Facebook page to report what was happening, and were quickly turned into leaders.

Within a week, these employees, many of whom were women in their mid-twenties, had joined a union for the first time and recruited and organised their colleagues. A combination of their campaigning and the threat to the hotel chain’s reputation meant that Marriott agreed to furlough the 1,500 casual workers. “The largest hotel chain in the world was forced to capitulate to 20-odd WhatsApp groups of casual workers,” says Simpson. “Now, not only are [these workers] receiving a wage but they got it backdated for two and a half months, to March 2020. So they’ve literally won tens of thousands of pounds, probably won about ten grand each.”

The next challenge is building on these new forms of organising that have emerged over the last year – such as workers coming together in WhatsApp groups, Zoom calls and Facebook pages, and by cultivating public support to shame employers. And for that, unions and all who depend on them need as much support as possible. The pandemic may have catalysed a new era of organised labour. This should send a message to all workers to become active in a trade union and join in.