Biden’s investment plan addresses longstanding needs in the country. We will likely have to reduce other spending in the economy to make room for it. A financial transactions tax is a great place to look for some of the offset. 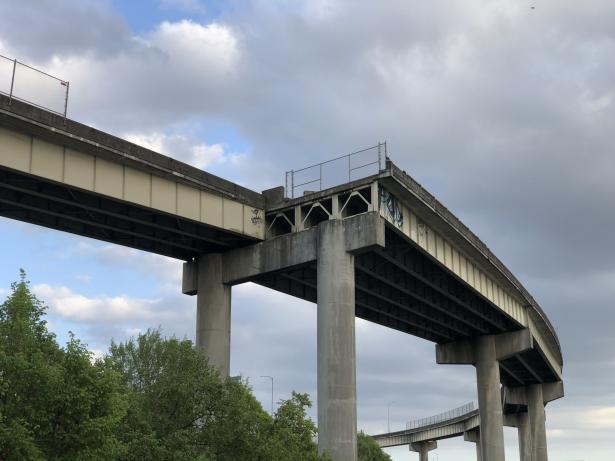 There has been a lot of silliness around President Biden’s proposed infrastructure packages and the extent to which they are affordable for the country. First and foremost, there has been tremendous confusion about the size of the package. This is because the media have engaged in a feast of really big numbers, where they give us the size of the package with no context whatsoever, leaving their audience almost completely ignorant about the actual cost.

We have been told endlessly about Biden’s “massive” or “huge” proposal to spend $4 trillion. At this point, many people probably think that Biden actually proposed a “huge infrastructure” package, with “huge” or “massive,” being part of proposal’s title.

While it would be helpful if media outlets could leave these adjectives to the opinion section, the bigger sin is using a very big number, that means almost nothing to its audience, without providing any context. In fact, much of the reporting doesn’t even bother to tell people that this spending is projected to take place over eight years, not one to two years, as was the case with Biden’s recovery package.

It is infuriating that most of the reporting on these proposals make no effort to put the spending in any context that would make it meaningful for people. Reporters all know that almost no one has any idea what $4 trillion over eight years means (especially if no one tells them it is over eight years), yet they refuse to take the two minutes that would be needed to add some context to make such really big numbers meaningful. Therefore, we have a large segment of the population that just thinks the program is massive or huge.

What Paying for Spending Really Means

Nonetheless the federal government does face a limit on its spending: the ability of the economy to produce goods and services. If the federal government spends so much that it pushes the economy beyond its ability to produce goods and services, we will see inflation. If this excessive spending is sustained over a substantial period of time then we could see the sort of inflationary spiral that we had in the 1970s.[1]

If the economy is already near its capacity when President Biden’s infrastructure package starts to come on line in 2022 and 2023, an increase in spending of a bit less than 2.0 percent of GDP could be large enough to create problems with inflation. This is the reason that we have to talk about “paying for” the infrastructure package. We need not be concerned about getting the money in the bank, we have to reduce demand in the economy by enough to make room for the additional spending in Biden’s infrastructure agenda. This is where a financial transactions tax comes in.

The Virtue of Financial Transactions Tax as a Pay For

The Biden tax proposals have focused on increasing the amount of money that corporations and wealthy individuals pay in taxes. This makes sense, since they have been the big gainers in the economy over the last four decades.

His tax increases will just take back a fraction of the income that has been redistributed upward through a variety of government policies over this period. And, in the case of the corporate income tax, his proposal will just be partially reversing a tax cut that was put in place at the end of 2017 by Donald Trump and a Republican Congress. While taxing the economy’s big gainers is certainly fair, there is a problem with going this route to cover the cost of Biden’s program: the rich don’t spend a large share of their income.

This point is straightforward, if we give Jeff Bezos, Elon Musk, or any of the other super-wealthy another $100 million this year, it would likely not affect their consumption at all. They already have more than enough money to buy anything they could conceivably want, so even giving them a huge wad of money will not likely lead then to increase their consumption to any noticeable extent. Many of us are used to making this point when we argue that any stimulus payments in a recession should be focused on the middle class and the poor.

But this story also works in reverse, if we take $100 million away from the super-rich, it is not likely to reduce their spending to any noticeable extent. This means that Biden’s tax increases are not likely to have as much impact on reducing demand as tax increases that hit the poor and middle class. This is not an argument for hitting the people who have not fared well over the last four decades, it is just noting the impact of taxing the super-rich.

Financial transactions taxes (FTT) are qualitatively different in this respect. While the immediate impact of a financial transactions is hugely progressive, in the sense that the overwhelming majority of stock trading is done by the rich and very rich, the impact on the economy makes FTTs look even better.

Subscribe to CP+ and get exclusive articles you won’t find anywhere else!

Most research shows that the volume of stock trading falls roughly in proportion to the increase in the cost of trading. This means that if a FTT raises the cost of trading by 40 percent, the volume of trading will fall by roughly 40 percent. For a typical investor, that implies that they (or their fund manager) will be paying 40 percent more on each trade, but they will be doing 40 percent fewer trades. In other words, the total amount that they spend on trades with the tax in place will be roughly the same as the amount that they spent on trades before the tax is in place.

And investors will not be hurt by less trading. Every trade has a winner and loser. If I’m lucky, and dump my hundred shares of Amazon stock just before the price drops, it means that some unlucky sucker bought the stock a day too soon. Every trade is like this. The reality is that for the vast majority of investors, trades are a wash, half the time they end up as winners and half the time they end up as losers.

However, they do end up as losers by doing lots of trading, that’s because they are paying fees and commissions to the people in the financial industry carrying through the trades. This is why most financial advisers recommend that people buy and hold index funds, so that they don’t waste money on trading.

A FTT reduces the money going to the financial industry to carry through trades by reducing the volume of trading. This very directly frees up resources in the economy. The number of people employed shuffling stocks, bonds, and various derivatives back and forth will be sharply reduced.

This is comparable to a situation where we found hundreds of thousands of people digging holes and filling them up again. A financial transactions tax, coupled with Biden’s infrastructure proposals, will be a way to redeploy these people to productive work elsewhere in the economy.

There is also a substantial amount of money here. According to the Congressional Budget Office, a tax of 0.1 percent (ten cents on a hundred dollars) would raise almost $800 billion over the course of a decade. I’ve calculated that a graduated tax, with different rates on different assets (0.2 percent on stock transactions, lower on everything else) could raise an amount of revenue equal to almost 0.6 percent of GDP over the course of a decade, or $1.6 trillion. My friend, Bob Pollin has calculated that a somewhat steeper tax, along the lines proposed by Senator Bernie Sanders, could raise close to twice as much. In short, this is real money.

That doesn’t mean that we should reject President Biden’s proposals to increase corporate income taxes and taxes on the top one or two percent. (My route for taxing corporations is better than his.) Even if Elon Musk might not change his consumption much as a result of paying another $100 million taxes, there are many moderately rich people, earning single digit millions, who may have to forgo a third home or live-in cook, if we raise their taxes as President Biden proposed.

The bottom line is that Biden’s investment plan addresses longstanding needs in the country. We will likely have to reduce other spending in the economy to make room for it. A financial transactions tax is a great place to look for some of the offset.

[1] People also often raise the issue of burdening our children with the debt. This is mostly an expression of extreme ignorance, since the issue of debt service is incredibly trivial compared with the quality of the economy and society that we pass onto to our children. The debt service is also dwarfed by the rents created by government-granted patent and copyright monopolies, which are also a form of government debt passed on to our children. The debt whiners literally never talk about this massive implicit debt burden, which takes the form of higher prices on everything from drugs and software to video games and computers. In the case of prescription drugs alone the rents come to close $400 billion annually, nearly twice the size of our debt service burden.

Dean Baker is the senior economist at the Center for Economic and Policy Research in Washington, DC.

CounterPunch’s mission is to help readers make informed assessments – vital for a healthy, democratic society – on the public issues of the day.  We do this by publishing alternative, left-leaning reporting, commentary, and essays that you won’t find in the mainstream press. We also carry out our mission by publishing non-fiction books.