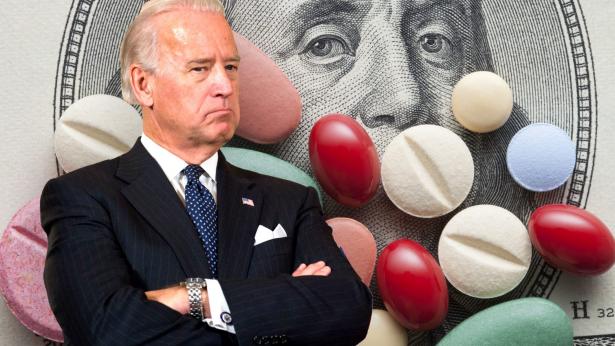 Despite spending a record-breaking $92 million to lobby the federal government in the first three months of 2021, pharmaceutical interests suffered a major loss on Wednesday when President Joe Biden announced that the U.S. will support some countries’ efforts to waive intellectual property protections on COVID-19 vaccines.

The industry’s spending in the first three months of 2021 represents a 6.3 percent increase over the same time period last year, putting drug companies on track to break their combined all-time spending record for the second year in a row. Private manufacturers of pharmaceuticals and health products typically far outspend other industries to lobby Washington. In 2021, the industry has already spent more than double the sum spent by the second highest-spending industry.

The Pharmaceutical Research and Manufacturers of America, the nation’s largest pharmaceutical trade association, is perennially the industry’s largest lobbying spender and this year is no exception. So far, the association has spent $8.7 million on K Street. Industry giant and leading COVID vaccine manufacturer Pfizer rang in as the No. 2 lobbying client, spending $3.7 million. The company reported Tuesday that it raked in $3.5 billion in profits from sales of the vaccine during the first three months of 2021 alone.

PhRMA and Pfizer both lobbied hard against the WTO waiver, which PhRMA said could “create confusion” and “undermine public confidence in vaccine safety.” The U.S. Chamber of Commerce — the top overall lobbying spender in 2021 — also opposed the waiver.

“In the midst of a deadly pandemic, the Biden Administration has taken an unprecedented step that will undermine our global response to the pandemic and compromise safety. This decision will sow confusion between public and private partners, further weaken already strained supply chains and foster the proliferation of counterfeit vaccines,” said PhRMA president Stephen Ubl in a statement.

South Africa and India, two countries where coronavirus infections continue to surge, brought the patent waiver proposal to the World Trade Organization in March. More than 170 former heads of state and Nobel prize winners from around the world called on Biden to “provide an example of responsible leadership at a time when it is needed most on global health” in an open letter. Democratic lawmakers also urged the president to support the measure.

“It is unconscionable that amid a global health crisis, huge multi-billion dollar pharmaceutical companies continue to prioritize profits by protecting their monopolies and driving up prices rather than prioritizing the lives of people everywhere, including in the Global South,” Sen. Bernie Sanders (I-Vt.) said in a video statement.

According to the United Nations, low-income countries have administered just 0.2 percent of the global supply of vaccine doses so far.

“The Administration believes strongly in intellectual property protections, but in service of ending this pandemic, supports the waiver of those protections for COVID-19 vaccines. We will actively participate in text-based negotiations at the World Trade Organization needed to make that happen,” said Katherine Tai, the U.S. ambassador to the WTO, in a statement announcing the decision.

House Democrats introduced a bill, H.R. 3, that would give Medicare the ability to negotiate drug prices with manufacturers and cap out-of-pocket spending for medication at $2,000. The bill is not expected to surpass the 60-vote threshold necessary to survive a Republican filibuster in the Senate, and prominent Democrats are reportedly planning to attach H.R. 3 to Biden’s sweeping American Families Plan in order to push the proposed change through during the reconciliation period.

Though Biden did not include Medicare expansion or drug pricing regulations in the original draft of the American Families Plan, the president highlighted his support for policies to bring down the price of prescription drugs as a part of his first joint address to Congress.

“Let’s give Medicare the power to save hundreds of billions of dollars by negotiating lower prices for prescription drugs,” Biden said. “That won’t just help people on Medicare – it will lower prescription drug costs for everyone.”

Ubl laid out the association’s opposition to H.R. 3, suggesting that it could make it harder for Americans to access critical medication, in an April 22 statement.

“It will also destroy an estimated one million American jobs, cede our leadership in life sciences, and stifle the development of new treatments, while failing to address the broader challenges facing patients,” Ubl said. “It’s unfortunate House leaders are reintroducing this partisan bill, particularly as we continue to fight a pandemic.”

According to the Congressional Budget Office, the government could save more than $450 billion in drug purchases over the next decade if the provisions become law. However, the CBO also projects that H.R. 3 could lead drug companies to produce new drugs at a slightly slower rate.

Under current law, Medicare is required to pay for certain medications, no matter their cost. This allows drug companies to raise prices on critical drugs. Previous efforts to alter this rule failed during the administrations of former presidents Barack Obama and Donald Trump following extensive lobbying efforts by the pharmaceutical industry.

Alyce McFadden is a Reporting Intern at the Center for Responsive Politics.  Previously she was Beacon Elections Reporter at Maine People’s Alliance

At OpenSecrets.org we offer in-depth, money-in-politics stories in the public interest. Whether you’re reading about 2020 presidential fundraising, conflicts of interest or “dark money” influence, we produce this content with a small, but dedicated team. Every donation we receive from users like you goes directly into promoting high-quality data analysis and investigative journalism that you can trust. Please support our work and keep this resource free. Thank you.

OpenSecrets is a 501(c)(3) non-profit. Your donation is tax-exempt. Support Open Secrets.

The Biden administration made a splash this past week when it backed a temporary waiver of international patent protections for COVID-19 vaccines at the World Trade Organization (WTO).

Yet the move by administration officials was largely symbolic, and carefully worded.

Numerous hurdles need to be overcome before the intellectual property (IP) waiver can be turned into policy. And despite the immediate pushback from the pharmaceutical industry, experts are skeptical of just how big of an impact it will have on those companies.

"I think the IP issue is an important one, but I think, frankly, opening up IP is really just one part of a much larger effort," said Tom Frieden, who was director of the Centers for Disease Control and Prevention during the Obama administration.

It will be many months before the WTO even votes on the matter, and if a waiver passes it will likely be even longer before manufacturing can be scaled up to develop enough vaccines to have a meaningful impact in the global fight against the coronavirus.

In an interview with The Washington Post, the head of the WTO said she would press member countries to reach an agreement on the waiver petition no later than December, setting up a vote on the final language at the body's Dec. 3 meeting.

The lengthy timeline raises questions about the effectiveness of an IP waiver, especially since it might only be narrowly tailored for the length of the global pandemic.

U.S. Trade Representative Katherine Tai on Wednesday said she will pursue “text-based negotiations” on the WTO waiver, acknowledging that they "will take time given the consensus-based nature of the institution and the complexity of the issues involved."

Tai did not say the U.S. supports the waiver that was drafted by India and South Africa, which specifically focuses on vaccines for countries that have been struggling to obtain enough doses.

Negotiating an agreement could be a long and messy process.

"It’s really crucial that we begin ramping up manufacturing immediately, because we’re going to have the likelihood of big outbreaks around the world in the coming months and years," Frieden said. "So, a multi-month negotiation is not a formula for rapid improvement in global vaccine and supply."

In order for a waiver to pass, every country needs to agree. While the hope is that U.S. support will drive the movement forward, key American allies in Europe have been raising concerns, and any one of them could block the move.

"If history is any guide, you know those negotiations are long, protracted, difficult, complex," said Josh Michaud, an associate director for global health policy at the Kaiser Family Foundation.

Some experts have raised concerns that bigger problems exist, like ramping up manufacturing capacity, increasing supplies of raw materials and providing the technical know-how to be able to make the vaccines, which could occur under voluntary agreements between companies without waiving patents.

Michaud, like Frieden, said the waiver itself "won't move the needle" in terms of creating more manufacturing capacity.

But the U.S. decision to enter the negotiation process puts pressure on other countries and the pharmaceutical industry to find a way forward. Governments might use their leverage to work with pharmaceutical companies, or move companies toward technology transfer and licensing deals.

"This decision could lay the foundation for companies to start taking the idea more seriously about sharing the know-how, and for supply chains to be ramped up as much as possible, even more than they are now, to support the goal of manufacturing," Michaud said.

"Those are the things that are going to really start to make a difference, maybe not immediately, but over a longer period of time,” he said, adding that the “waiver kind of sets the tone. It lays the groundwork for the debate that is yet to come.”

There is also concern that President Biden's decision to support a patent waiver could have long-term ramifications on his relationship with the drug industry.

Nathaniel Weixel is Health reporter at The Hill, he was previously at Bloomberg BNA