The Vietnam War ended, but the fight against the use of the chemical compound Agent Orange is far from over. Two women from opposite ends of the globe are united in their battle to hold the manufacturers of the toxic defoliant accountable. 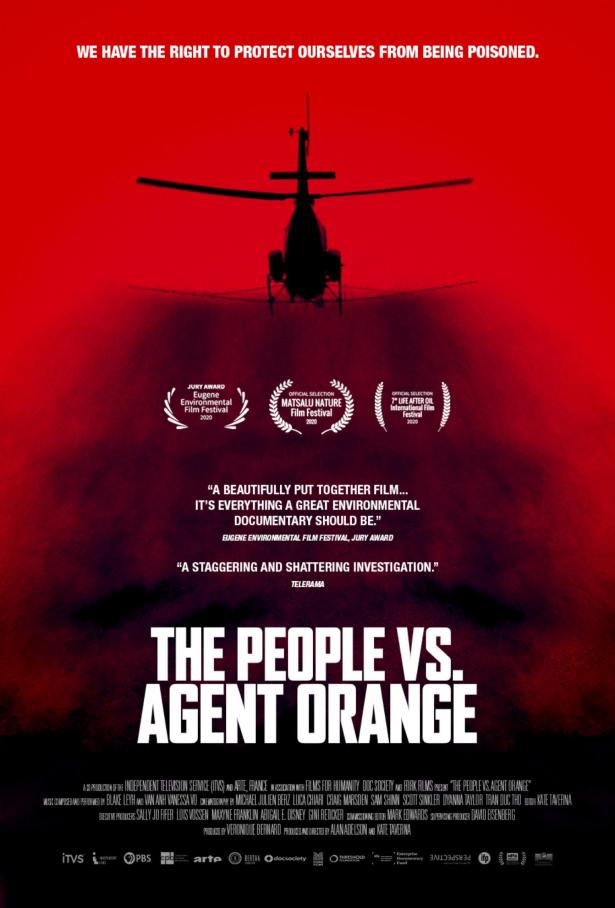 'The People vs. Agent Orange',warlegacies.org

The name Agent Orange has become synonymous with the destructive legacy of the Vietnam War. The U.S. military’s use (12 million gallons) of the toxic herbicide not only did lasting ecological damage to a nation’s jungles and crops, but it left human victims on both sides with corrosive health effects that have been passed on to subsequent generations.

Accountability for its deployment — by our government and the chemical companies (Dow, Monsanto) that continue to spray one of Agent Orange’s key, still-dangerous components as an approved defoliant in U.S. parks and forests — is the animating thrust of the investigative documentary “The People vs. Agent Orange,” from filmmakers Alan Adelson and Kate Taverna.

At the center of that push are two septuagenarian women presented by the film as leading an uphill battle for truth and transparency. Since the 1970s, Oregon activist Carol Van Strum has legally fought timber companies’ spraying of poisonous defoliants, which has netted reams of damning corporate documentation in the process. Meanwhile, Vietnam War survivor Tran To Nga — whose post-war offspring live with numerous biological hardships — has turned to French courts as a way to sue the companies that made and marketed Agent Orange.

The film is a righteous but rough ride as far as activist docs go. The filmmakers do a better job with the bigger picture of operation and obfuscation of a deadly chemical under government, military and commercial use than with their on-the-ground portraits of Van Strum, Tran and others affected by it. We also get snippets of a timber employee’s whistleblower videos from 2015 — showing indiscriminate spraying in Oregon forests near water reservoirs, lax handling protocol and his worsening health — that have an undeniable power, but are never given explanatory detail or updated context.

Nevertheless, “The People vs. Agent Orange” has a gripping urgency, especially as a reminder that the history of chemicals’ effects on our bodies is still being written and fought over, and that what a secretive industry is allowed to cover up, it will.

The People vs. Agent Orange will premiere on Independent Lens (PBS) on June 28th.

(Moderator Update - Yesterday, May 10th, the French court threw out Tra To NGa's law suit brought against more than a dozen multinationals that produced and sold the toxic herbicide dubbed "Agent Orange", used by U.S. troops during the war in Vietnam. Filed in 2014, the case pitched Tran To Nga, a Vietnam war survivor, against 14 chemical firms, including U.S. companies Dow Chemical and Monsanto, now owned by Germany's Bayer. Tran To Nga said yesterday she will appeal.)