labor Union Leaders: No Deals with Uber and Lyft!

Legislation under consideration in New York Massachusetts and other states look like they might offer gig workers some benefits in terms of limited bargaining rights, but they would come at a high cost.

May 24, 2021 Peter Olney and Rand Wilson Stansbury Forum
Printer friendly
Union Leaders: No Deals with Uber and Lyft! Published May 24, 2021 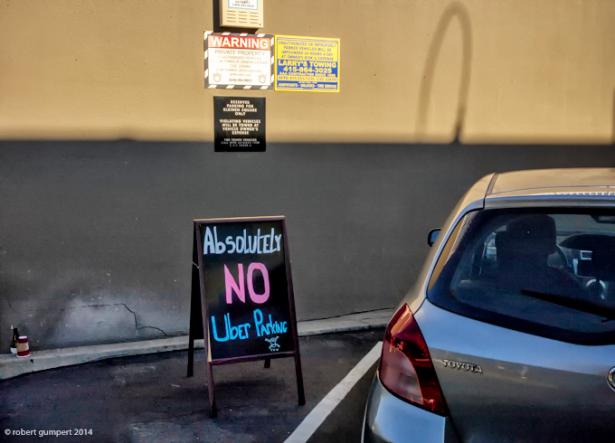 Trade union members, and everyone else supportive of workers’ rights, should be very concerned about proposed legislation in New York, Massachusetts, and other states that would allow limited bargaining rights for independent contractors of Transportation Networked Companies (TNCs) like Uber and Lyft.[1]

The New York bill (and similar legislation proposed in Connecticut and Massachusetts) establishes a framework for TNC employers and drivers to jointly participate in an industry council.[2] It proposes a “work-around” to avoid violations of the Sherman anti-trust act that will allow the TNCs to engage in what would normally be prohibited price fixing. It establishes a procedure to give a qualifying organization limited collective bargaining and representation rights pertaining to the wages and working conditions of the TNC drivers.[3],[4]

However, these bills raise some serious concerns. While Uber and Lyft claim otherwise, gig drivers are clearly their employees under “A-B-C” tests that are generally used to determine if workers are misclassified as contractors.  When subjected to the test, state attorney generals are finding the TNC’s are misclassifying their drivers in violation of their state’s employment law.[5]

Sadly, these “third way” or “contractor plus” bills are backed by some unions seeking to make backroom deals with the rideshare companies to increase their membership without actually organizing workers. Both the Transport Workers Union (TWU) and Machinists union (IAM) are on record backing the New York legislation.

Giving the TNC drivers “representation” as independent contractors makes a concession to the TNCs that labor unions are prepared to accept the current violation of existing state law – contradicting the position of the courts, state legislatures, advocacy groups like the National Employment Law Project (NELP) and the national AFL-CIO.

These unions have argued that as long as the rideshare drivers are contractors, “third way” representation is necessary in order to give them a much-needed voice.  They say their proposed legislation wouldn’t prohibit a change in status if the state or federal governments upgrade drivers to statutory “employees.” However, their support for a middle ground will almost certainly be used to argue that state legislatures or the federal government recognize these gig workers as independent contractors. For example, in Massachusetts, the state Supreme Judicial Court ruled in a case regarding real estate agents that another unrelated statute recognizing that agents may be independent contractors was effectively a “carve-out” for that industry from the A-B-C test in Sec. 148B.[6]

Without a doubt, the movements by gig drivers for better wages and working conditions across the country — and around the world — is motivating the companies to seek a “compromise” with labor that would give them the appearance of taking steps to make improvements. In reality, if Uber, Lyft (and some unions) have their way with these bills, the drivers’ demands for respect and compassionate treatment could never be achieved.[7]

“We California drivers know what this kind of industry supported legislation means: the companies will do anything to maintain their ability to pay us far less than minimum wage, pay nothing toward the operation of our vehicles, while maintaining no responsibility to fund the safety net needed in this precarious and often unsafe job,” said Nicole Moore, a leader of Ride Share Drivers United (RDU) in Southern California. “Under their new Prop. 22 law in California, drivers are making even less money — as little as 32 cents a mile. Sadly, now it is totally legal. The ‘flexibility’ protections the gig companies bragged about have actually led to less flexibility and less freedom to earn.”

Making any public concession recognizing the drivers as contractors now, will seriously undermine labor opposition to allowing Uber and Lyft to water-down — or eliminate — state A-B-C tests. Support for this “third way” legislation plays right into the companies’ hands, allowing them to twist this proposed legislation to confuse our elected officials and the public by showing that some unions are willing to accept classifying gig workers as independent contractors.

It’s no coincidence that Uber, Lyft and other TNCs are looking to use opportunistic unions as “allies.” This year labor, and many economic and social justice groups have begun an epic battle to strengthen labor law through the national PRO Act.

The movement against misclassification is also gaining momentum. Last January, more than 70 unions, advocacy groups and other organizations — including the National Employment Law Project, AFL-CIO, AFSCME, Teamsters and NAACP, sent a letter to Congress urging lawmakers to reject legal frameworks such as California’s Proposition 22, which exempts employers from treating gig workers as employees.[8]

The letter stated, “Millions of workers hired and managed by companies via internet apps, such as Instacart and DoorDash delivery workers, Uber drivers, and Handy home service workers, are deprived of basic labor protections that many of us take for granted… Because their employers insist on unilaterally calling them ‘independent contractors,’ these workers don’t get a minimum wage, overtime pay, workers’ compensation, unemployment, state disability insurance, or access to federal protections from discrimination, including sex harassment.”

“A proposal to supposedly provide limited benefits to some ‘independent workers’ would threaten our most fundamental understanding of what work ought to provide,” the letter added. “A federal ‘Proposition 22’-like scheme would shunt more and more workers to piecework labor, performing jobs here-and-there with neither individual security nor the possibility of collective action.”

Another serious concern regarding these third way schemes is how the unions are proposing to fund workers’ representation. Instead of members paying dues, the legislation would enact a small surcharge on passenger fares to pay for expenses incurred for representation.  The surcharge makes the qualifying union organization essentially employer funded, crossing an important prohibition in the National Labor Relations Act (NLRA) against employer funding or support for a labor organization.

“A passenger tax is a great way to ensure a fire hose of funding into a union,” added RDU’s Moore. “But where’s the accountability to the workforce? Where’s the guarantee that we are building real power and leading our own fights? This law acts like the union is the Social Security Administration. It’s not – dues give us independent funds to build real power. We need to be classified correctly as employees and have the protections and benefit/wage floor of employees – not something that assigns us a permanent second class worker status. We are a majority immigrant and Black Indigenous People of Color workforce. Where is the equity and power in this compromise of our rights?”

Proposed low thresholds of driver support to trigger “voluntary recognition” from the TNCs is an invitation to sweetheart deals. Majority support for a union is the underlying foundation for worker empowerment. What sort of power will a qualifying organization have with only 10% support? True worker power is built through authentic organizing by workers, their union using its collective power to take advantage of their strategic position in the economy, and existing state and federal labor protections.

Since the passage of Prop. 22 in California, other employers in health care, retail, hospitality – even the Pentagon — are openly looking to shift to managing their workers through digital apps, or outsourcing them through temp and staffing firms, to escape their employer obligations.[9] Legislation enabling this new scheme could break open the dam, incentivizing entire industries to “gig out” more jobs that once provided living wage jobs and a measure of prosperity.

Passage of this legislation could set a very dangerous precedent for Teamster drivers and UFCW grocery delivery workers.

The gig economy, epitomized by employment at Uber and Lyft and similar companies, is a segment of the labor market literally carved out of pro-worker regulation. These companies want to be exempted from an obligation to respect workers’ rights. What’s at issue here is how large we will permit it to grow. Passage of this proposed legislation will further solidify these workers’ status as independent contractors and weaken labor’s efforts at the state and national level to have these workers classified as actual workers with full benefits and real collective bargaining rights.[10]

RDU’s Moore summed it up succinctly, “We’re fighting some of the biggest union busters and richest corporations in the world. We need a real union with real app-based worker leadership to be willing to fight. What if the union isn’t representing us well? They don’t even need us to pay dues – and there is no democracy in 10% of drivers signing a card!”

“Drivers in NYC have fought hard to ensure that they are paid more than minimum wage for all of their time on type job. This bill would ensure that drivers are paid for only the part of their time while picking up a passenger. It codifies the destruction of rights agreements drivers have already won in NY. It is a way to bust the union Lyft and Uber drivers have already built in New York City – with the New York Taxi Workers Alliance.”

Unions should not support legislation creating a compromised and weak voice for independent contractors. Labor must stay united to defeat any effort to undermine the A-B-C test and fight for more workers to have access to our federal and state employment protections.

[2] “A Bill Requiring Regulation of Network Workers, and Providing for Their Protection and Benefits,” https://aboutblaw.com/XEJ

[9] “The Military Is Creating a ‘Gig Eagle’ App to Uber-ize Its Workforce,” by Edward Ongweso Jr, May 20, 2021, Vice, https://www.vice.com/en/article/n7bzvw/the-military-is-creating-a-gig-eagle-app-to-uber-ize-its-workforce

[10] For more along these lines see, “Sectoral Bargaining: Principles for Reform,” a statement signed by dozens of scholars endorsing six principles as starting points from which to consider sectoral bargaining reforms similar to SD 473, https://concerned-sectoral-bargaining.medium.com/sectoral-bargaining-principles-for-reform-7b7f2c945624