'Pritty', a 20-minute animated short, reimagines the typical queer coming of age story by replacing Black trauma with Black joy and discovery through the lens of an intentional Black experience. 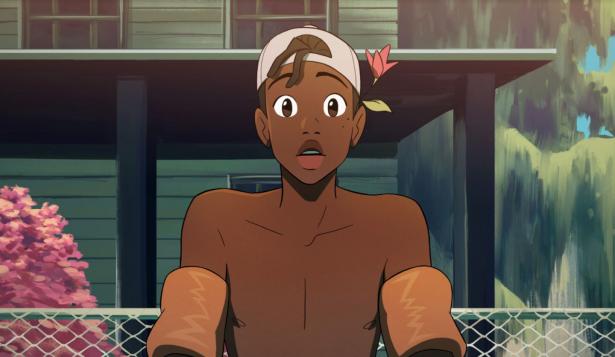 What happens when a Black boy puts a flower behind his ear?” , Pritty

“What happens when a Black boy puts a flower behind his ear?”

In a perfect world, free from the constraints of societal and cultural expectations, a Black queer boy would have the permission to just be. But we don’t live in a perfect world, which is why the imaginations of Keith F. Miller, Jr. and Terrance Daye, the creative forces behind the upcoming animated film “Pritty: The Animation,” have created a world that shows how life could be when Black queer boys have the freedom to love, play, and heal.

The 20-minute animated short reimagines the typical queer coming of age story by replacing Black trauma with Black joy and discovery through the lens of an intentional Black experience. Miller, a Savannah, GA native, initially birthed the idea for Pritty over a decade ago with his unpublished novel by the same name. Daye, a Morehouse College alumnus and Long Island, NY native directs the groundbreaking animated film that will become the first in history to center Black queer characters.

"The Deep South breeds its Black boys hard, then there’s Jay. He sticks out for all the wrong reasons. He’s dark-skinned, quiet and skinny, and likes to wear flowers in his hair. The opposite of his masculine and charismatic older brother, Jacob. Their differences peak at the community pool where swaggering manhood is on full display. Jay is reserved as he struggles to embody his brother’s carefree confidence. Until he gets help from Justin, a charming, light-skinned boy from the neighborhood. Their new friendship is tested, however, when an unspoken truth dares to surface."

Miller and Daye did not set out to make history through animation, the creative duo was one week away from beginning production on the live-action short film in 2020 before the pandemic hit, forcing them to pivot to animation.

“Animation is a universal medium where we imagine ourselves as capable of anything,” says Miller.

“For young people in this world to see themselves as possible and represented and Black culture as the center, not to the side, not as the verb of a white experience, it becomes a powerful moment where people are then engaged in a universal conversation on what Black identity is and what it means to be a person of color,” he says. “But also, what is queer when you don't name it? Is there anything different between me and you when you see these young men and their community on the screen? The reality is no, there is no difference.

That we are more alike than we are different, regardless of sexual orientation or gender identity, hit close to home for Miller during the early stages of writing the novel that would eventually become the source material for the short film.

"I gave it to my mom, and she called me back crying and was like, ‘he loves just like I do," Miller recalls of his mother’s reaction to his leading queer character.

“And I can not put into words how much I think I needed to hear that, although all I could muster out and say is yes, he does. And what I learned at that moment is that Jay, the main character of the novel, was the gateway.”

Jay and all the other characters that Miller created within this beautiful Black community in Savannah, where Pritty takes place, also resonated with Daye, who forged a creative friendship with Miller via Instagram after receiving an early copy of the novel.

“I reached out to Keith and was like, Hey, just want you to know I was inspired by this specific scene that takes place at the pool,” says Daye, who had recently finished shooting '-Ship: A Visual Poem,' a project that he describes as a “heavy lift.” He says that after reading Miller’s novel, “more than anything, I wanted more imagery, more light, more Black boys at play.”

Daye also wanted a piece of art that reflected the Black queer experience as he knew it, an experience that he says he rarely found in films with gay characters.

“I would find myself watching a bunch of queer coming of age films online, web series, movies, TV shows, whatever I could find, but in participating in the actual watching, I would find like, well, dang, here we go again. It's very, very white or it’s a Black man with his white partner, which there’s nothing wrong [with that], says Daye. “But if you're looking for ones that are kind of at a certain quality level, it would be hard to find projects that fit these criteria: Black men loving other Black men on screen, Black or POC creatives behind the camera, and stories that didn't just centralize the pain and trauma of whether it was the coming out experience or being Black,” he added.

For Miller, the central question became: “Can we imagine a world where Black pain is not the subject? And can we see value in a Black narrative where we are not being bled out by, or that is not centered in whiteness?”

Pritty is the answer to that question, and those who are supporting the efforts to get it across the finish line are making it clear how important it is to get the film made and seen.

The journey from the page to the screen

Filmmaking comes with a cost, so the duo turned to Kickstarter to reach their goal of $50,000 to fund a 20-minute animatic—a moving storyboard that is often the prerequisite before animation shows how the film will look.

Miller says he remembers asking Daye, “Well, how much is this going to cost?”

With a new goal of 1.6 million to complete the animation process, “a little bit more” quickly turned into a lot more.

“We had that initial goal of $50,000. So we ended up meeting that within five days. I still can't tell you how insane that that felt,” says Miller.

Besides those everyday people who contributed to funding their film, Daye and Miller also benefited from grants awarded by The Davey Foundation and Academy-Award winner Spike Lee.

As the director, Daye also had the challenge of directing the voice-over actors who were once a part of the live-action short film via Zoom in the most unlikely place for a queer actor—the closet.

“We literally had to ask all of our actors, regardless of how they are oriented to literally go into the closet and do this because that is where you can find the best [audio] quality,” says Miller. “I would find myself watching a bunch of queer coming of age films online, web series, movies, TV shows, whatever I could find, but in participating in the actual watching, I would find like, well, dang, here we go again. It’s very, very white or it’s a Black man with his white partner...” — Terrance Daye

“And I was like, Terrance, we're asking these people to shoot a queer film in a closet. There was nothing more oxymoronic than that.”

Perhaps not, until Daye, besides being a filmmaker and a prolific poet, tells The Reckoning that he never set out to work in the film industry until his time at Morehouse College shifted his career trajectory.

“I wouldn't be a filmmaker had I not gone to Morehouse,” says Daye. “I was originally devastated because I got rejected from all the schools I applied to for poetry and Morehouse was the only school that accepted me. And when I got there, I realized they didn't have a creative writing program, and I was mortified. My aspirations to be a poet felt dashed. But somebody pointed me in the direction of the scriptwriting courses they offered and the film program. And that's when I changed my major. And that's what ultimately set me on my course to become a filmmaker. So it was a blessing in disguise.”

Daye also tells The Reckoning that Morehouse College is the first place “where I had my first kiss, my first touch... failed relationships that failed solely because we did not know how to love one another because we didn't have that precedent and there was only fear that overtook whatever genuine love was there.”

The desire for Black queer boys and men to exist in a world that celebrates the richness of living at these intersections informs the queer sensibility in which Daye approaches Pritty as the film’s director, and for Miller, as the author who had the fortitude and courage to create a world that didn't exist for Black queer boys and men, first through fiction, and now through a historic animated film.

“Let me invite you to imagine a world where you can just exist in whatever form that is, and no one will harm you. We will be waiting for you with our arms outstretched,” says Miller. “And I think about as a queer man, how I still haven't gotten that, and what it means to be in search of, and to say, I may not have experienced it yet—haven’t—but here's what it can look like.”

Editor’s Note: Production on 'Pritty': The Animation is scheduled to begin in August 2021, with tentative completion in October 2022. Fundraising via Kickstarter is ongoing.