Capitalism and the Caring Economy

The entire caregiving sector needs to be separated from the commercial economy. Otherwise, we pay exorbitant costs for inadequate services and abuse workers and patients alike.

May 28, 2021 Robert Kuttner The American Prospect
Printer friendly
Capitalism and the Caring Economy Published May 28, 2021 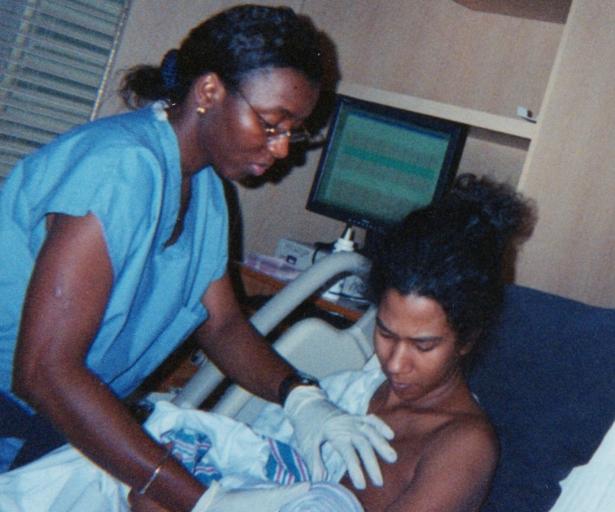 Joe Biden’s American Families Plan is something of a miracle. It carries out goals that advocates have only dreamed of. These include $225 billion for day care, so that no family pays more than 7 percent of its income on child care; universal pre-kindergarten; paid family and medical leave; as well as better pay for care workers and $200 billion to assure four million uninsured people will gain health coverage.

All this, and more, is nothing short of astonishing. And yet, there is a deeper challenge that these superb proposals don’t reach.

Far too much of the entire caregiving sector has been commercialized by for-profit vendors, from health care, to residential and home nursing care for the elderly, and even child care and pre-kindergarten. These entrepreneurs use taxpayer dollars and consumer premiums to maximize profits.

What’s wrong with that? Doesn’t the profit motive optimize efficiencies?

Not in the caregiving sector it doesn’t. As they say at the business schools, good management produces an “alignment of incentives.” But mix caregiving with commercial vendors, and incentives are often backwards.

For-profit entrepreneurs maximize their incomes by stinting on worker pay and on staffing ratios. The pandemic shined a spotlight on this. It revealed worker burnout and needless deaths.

Even in normal times, for-profit hospitals and nursing homes have myriad ways to game the system. They throw money at the cases that provide the most reimbursement and avoid needy people who are not profit centers.

They dump special-needs kids on overstressed public systems. They count on the dedication of caregivers to tolerate lousy pay, ill-treatment, and understaffing.

There is a movement to help caregivers with their own self-care, to deal with the increased work stresses. This makes great sense, up to a point; but it is being co-opted by corporate managers, who are doing things like putting meditation rooms for staff in hospitals.

If the result is greater self-awareness coupled with greater political awareness, great. But if the result is to inculcate a higher tolerance for abusive working conditions, caregivers are just colluding with management in their own exploitation.

As the techies say, the failure to put caring first is not a bug; it’s a feature. Of capitalism.

My son-in-law, who is an intensive-care nurse, had an aha moment. What is the purpose of the hospital where he works, he wondered. It’s to take care of sick people, right?

No, he concluded from brutal experience; it’s to maximize profits of owners and salaries of executives. The care of the sick, and the decent pay and working conditions for caregivers, are secondary—and often at odds with profit-maximizing. And if care has to be sacrificed, so it goes. Increased monopolization of insurers and hospital conglomerates increases corporate opportunity for abuse, since patients have fewer choices.

The incentives between care and profit are out of alignment. This was always the case, but the stresses on the system caused by the pandemic threw the misalignment into stark relief. And as the techies say, the failure to put caring first is not a bug; it’s a feature. Of capitalism.

Other basically capitalist countries, through the strength of the labor movement and social democratic parties, and decades of political struggle, have managed to put a ring fence around most of the caregiving sector. Here is a social realm where capitalists don’t get to play.

So in most of Europe, child care and pre-K, residential and home nursing care, and above all health insurance are either run by public entities or by nonprofits. Yes, there are budget constraints, but nobody gets rich by stinting on care.

This ring-fencing requires constant vigilance since capitalism is always seeking new sectors to exploit (and even better if they are financed by taxpayers). In country after country, there have been incursions into the care sector, under the false flag of competition-producing efficiencies. But for the most part, in Europe care is still mainly a social good.

Bravo for Biden for increasing resources and pay for the caring economy. But these deeper structural reforms will be more of a challenge. The for-profit providers are just dug in; and if the immediate goal is to increase access to affordable services, they are part of the sector.

As the Prospect has revealed in several pieces, the private equity takeover of nursing home chains is capitalism at its predatory worst. It is bad enough when private equity asset-stripping kills retailers and community newspapers. It is criminal when the pillaging of resources comes at the expense of frail elderly people and their caregivers.

Private equity has no place in this sector. But try making that prohibition part of this round of reform. It will be a very heavy lift to get the entire American Families Plan approved and funded at all, even without more fundamental reform.

Moral of the story: When you start getting serious about social provision, you encounter the deeper obstacles to doing it right. It’s one more area where effective liberals need to be radicals.

Robert Kuttner is co-founder and co-editor of The American Prospect, and professor at Brandeis University’s Heller School. His latest book is The Stakes: 2020 and the Survival of American Democracy. In addition to writing for the Prospect, he writes for HuffPost, The Boston Globe, and The New York Review of Books.