We’ll Probably Need Booster Shots for Covid-19. But When? And Which Ones?

Scientists are asking a lot of questions about Covid-19 booster shots, but they don’t yet have many answers. Here’s what they know so far. 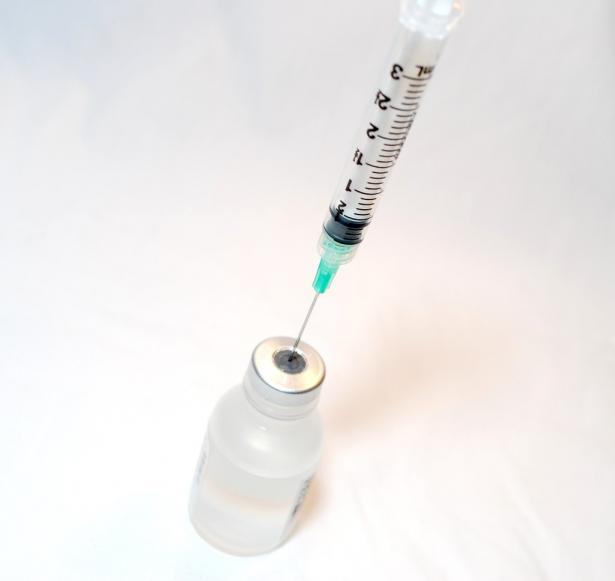 As the nation edges closer to President Biden’s goal of a 70 percent vaccination rate, many people are beginning to wonder how long their protection will last.

For now, scientists are asking a lot of questions about Covid-19 booster shots, but they don’t yet have many answers. The National Institutes of Health recently announced that it has begun a new clinical trial of people fully vaccinated — with any authorized vaccine — to see whether a booster of the Moderna shot will increase their antibodies and prolong protection against getting infected with the virus.

Although many scientists estimate that the Pfizer-BioNTech, Moderna and Johnson & Johnson vaccines authorized in the United States will last at least a year, no one knows for sure. It’s also unclear whether emerging variants of the coronavirus will change our vaccination needs.

“We’re in uncharted waters here in terms of boosters,” said Dr. Edward Belongia, a physician and epidemiologist at the Marshfield Clinic Research Institute in Marshfield, Wis.

Why do we have to get a flu vaccine every year, but two measles shots during childhood can protect us for life?

Different pathogens affect our immune system in different ways. For some diseases, like the measles, getting sick once leads to lifelong protection from another infection. But for other pathogens, our immune defenses wane over time.

In some important respects, vaccines mimic natural infections — without requiring that we actually get sick. Measles vaccines can produce lifelong immunity. Tetanus vaccines, on the other hand, generate defenses that fade year after year. The Centers for Disease Control and Prevention recommends getting a tetanus booster once a decade.

And sometimes the virus itself can change, creating a need for a booster to produce a new, tailored defense. Influenza viruses are so mutable that they require a new vaccine every year.

How do Covid-19 vaccines stack up against others in terms of protection?

The short answer is that we can’t be sure yet, since people started getting vaccinated in large numbers only a few months ago.

“Even in the trials, we don’t know what the immune response is a year out,” said Dr. Kirsten Lyke, a vaccine expert at the University of Maryland School of Medicine and a leader of the N.I.H.’s booster trial.

But early signs are encouraging. Researchers have been drawing blood from volunteers in vaccine trials and measuring their levels of antibodies and immune cells that target the coronavirus. The levels are dropping, but gradually. It’s possible that with this slow rate of decline, vaccine protection will remain strong for a long time. People who were previously infected and then received the vaccine may enjoy even more durable protection.

“I think there’s a real possibility that the immunity could last for years against the original strain,” Dr. Belongia said.

If that possibility bears out, Covid-19 boosters might not be required for years. But that’s a big if.

Will some Covid vaccines last longer than others?

Possibly. Scientists have already found that vaccines using different technologies can vary in their effectiveness. The strongest vaccines include Moderna and Pfizer-BioNTech, both of which are based on RNA molecules. Vaccines relying on inactivated viruses, such as those made by Sinopharm in China and Bharat Biotech in India, have proved somewhat less effective.

It’s not entirely clear why that’s the case, said Scott Hensley, an immunologist at the University of Pennsylvania. RNA vaccines are relatively new and so the immunity they provoke has not been thoroughly studied. In his own research on mice getting different types of flu vaccines — some made with RNA and others inactivated viruses — Dr. Hensley sees a similar difference. The level of antibodies produced by the two kinds of vaccines are “outrageously different,” he said.

It’s possible that the protection from the less effective Covid-19 vaccines will fade more quickly. Sinopharm’s vaccine may already be showing some signs of this decline. Clinical trials indicate that it has an efficacy of 78 percent. But the United Arab Emirates and Bahrain are already offering boosters to people who received the Sinopharm vaccine to bolster their waning immunity.

How will we know when our vaccines are losing their effectiveness?

Scientists are searching for biological markers that could reveal when the protection from a vaccine is no longer enough to hold back the coronavirus. It’s possible that a certain level of antibodies marks a threshold: If your blood measures above that level, you’re in good shape, but if you’re below it, you’re at greater risk of infection.

Some preliminary studies suggest that these markers — known as correlates of protection — exist for Covid-19 vaccines. Research is underway to find them.

“That will teach us a lot,” said Dr. H. Clifford Lane, the deputy director for clinical research and special projects at the National Institute of Allergy and Infectious Diseases. 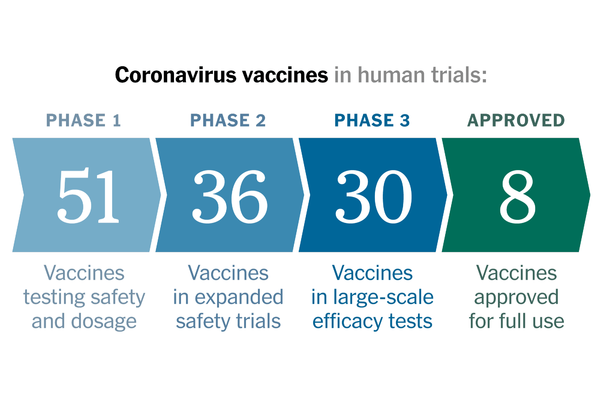 A look at all the vaccines that have reached trials in humans.

What about the variants?

We may very well need boosters to block variants, but that’s not clear yet.

The emergence of variants in recent months has accelerated research on boosters. Some variants have mutations that led them to spread swiftly. Others carry mutations that might blunt the effectiveness of authorized vaccines. But at this point, scientists still have only a smattering of clues about how existing vaccines work against different variants.

Last month, for example, researchers in Qatar published a study on the Pfizer-BioNTech vaccine, which was given to over a quarter of a million of the country’s residents between December and March.

Clinical trials showed that the vaccine had an efficacy of 95 percent against the original version of the coronavirus. But a variant called Alpha, first identified in Britain, lowered the effectiveness to 89.5 percent. A variant first identified in South Africa, known as Beta, lowered the vaccine’s effectiveness further, to 75 percent. Against both variants, however, the vaccine was 100 percent effective at preventing severe, critical or fatal disease.

Just because a variant can dodge existing vaccines doesn’t mean that it will become a widespread problem, however. Beta, for example, has remained rare in countries with strong vaccine programs, such as Israel, Britain and the United States. If Beta stays rare, it won’t pose a serious threat.

But evolution still has a lot of room to play with the coronavirus. Scientists can’t rule out the possibility that new variants may emerge in the months to come that spread quickly and resist vaccines.

“It’s clear that variants are inevitable,” said Dr. Grace Lee, associate chief medical officer for practice innovation and infectious diseases physician at Stanford Children’s Health. “I think the question is, how impactful are they going to be?”

Would we need a special booster tailored for a particular variant?

It’s not clear yet. Some scientists suspect that a high immune response to the original version of the coronavirus will provide sufficient protection against variants as well. But it’s also possible that a vaccine designed to thwart one variant in particular may be more effective.

Pfizer has begun a trial to test both options. Some volunteers who have already received two doses of their vaccine will get a third dose of the same shot as a booster. As part of the same trial, researchers will give other volunteers an experimental booster designed to protect against the Beta variant.

“Based on what we have learned so far, our current thinking is that until we see a reduction in SARS-CoV-2 circulation and Covid-19 disease, we think it is likely that a third dose, a boost of our vaccine, within 12 months after vaccine administration, will likely be needed to help provide protection against Covid-19,” said Jerica Pitts, the director of global media relations for Pfizer.

Can I switch my vaccine brand when I get a booster?

Possibly. In fact, a lot of research on other diseases suggests that switching vaccines can strengthen boosters. “This is a tried and true concept from before Covid,” Dr. Lyke said.

Dr. Lyke and her colleagues are testing this mix-and-match option for boosters as part of their new trial. They are recruiting volunteers who have been fully vaccinated by any of the three vaccines authorized in the United States — Johnson & Johnson, Moderna and Pfizer-BioNTech.

All of the volunteers are receiving a Moderna booster. The researchers will then observe how strong of an immune response it produces.

It’s possible that other vaccines still in clinical trials may work even better as Covid boosters. Novavax and Sanofi, for example, are both running clinical trials in the United States on vaccines that consist of viral proteins. Dr. Lyke and her colleagues have designed their study so that they can add more such vaccines to the mix later on.

Other mixed booster trials are also underway. In Britain, scientists are giving volunteers vaccines from AstraZeneca, CureVac, Johnson & Johnson, Moderna, Novavax, Pfizer-BioNTech and Valneva as boosters. ImmunityBio is testing its vaccine in South Africa as a booster for the Johnson & Johnson vaccine, while Sanofi is preparing to test its vaccine as a booster for those from several other companies.

The N.I.H. trial may start delivering results as soon as the next few weeks. If fading vaccines and surging variants create a burst of new infections this winter, Dr. Lyke wants to have data that she can share with policymakers.

What about all of the people who haven’t gotten their first doses yet?

Dr. Hensley says it’s wise to prepare for the possibility that boosters will be needed. But he hoped that they didn’t become a distraction from the pressing need to get first doses to billions of people across the world.

“If more people get protected right away, then the virus will have fewer hosts to infect and less opportunity to evolve into new variants,” he said.

“I want to see these vaccines distributed globally, because I want to protect people across the world,” Dr. Hensley added. “But even if you only care about yourself, you should get behind this effort as well, because that is the only way that you’re going to end the pandemic and limit the ability of variants to arise.”