David Olusoga on Race and Reality: ‘My job is to be a historian. It’s not to make people feel good’

The professor and broadcaster discusses writing black Britishness back into history, the backlash this provokes – and why he’s so proud of his heritage. 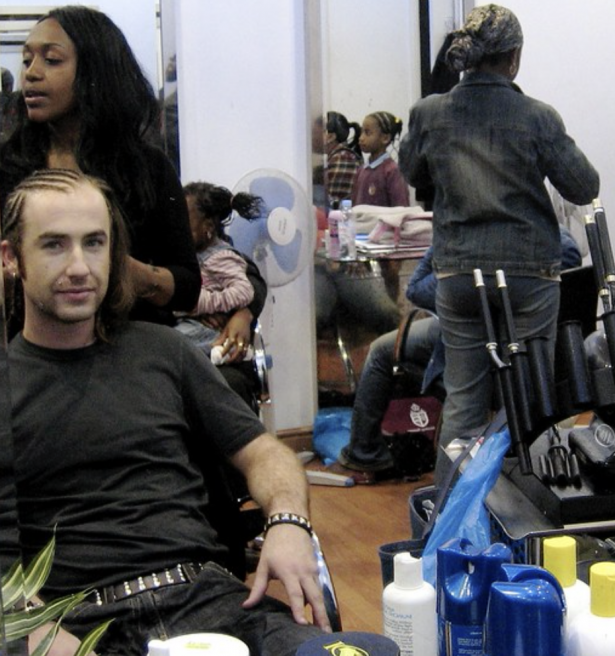 History’s purpose isn’t to comfort us, says David Olusoga, although many in the UK seem to think it is. “History doesn’t exist to make us feel good, special, exceptional or magical. History is just history. It is not there as a place of greater safety.”

As a historian and broadcaster, Olusoga has been battling this misconception for almost two decades, as the producer or presenter of TV series including Civilisations, The World’s War, A House Through Time and the Bafta-winning Britain’s Forgotten Slave Owners. His scholarship has been widely recognised: in 2019, he was awarded an OBE and made a professor at the University of Manchester. (He is also on the board of the Scott Trust, which owns Guardian Media Group.) Yet apologists for empire, in particular, like to dismiss him as a “woke historian” in an attempt to politicise his work or flatly deny the realities that he points out.

Now he can expect more flak, thanks to the new edition of his book Black and British: A Forgotten History.

First published in 2016, and made into a TV series the same year, the book charts black British history from the first meeting between the people of Britain and the people of Africa during the Roman period, to the racism Olusoga encountered during his own childhood, via Britain’s role in the slave trade and the scramble for Africa. It is a story that some of Olusoga’s critics would prefer was forgotten.

Hostility to his work has grown since the Brexit vote, shooting up “profoundly since last summer”, he says, speaking over Zoom from his office in Bristol. “It has now got to the point where some of the statements being made are so easily refutable, so verifiably and unquestionably false, that you have to presume that the people writing them know that. And that must lead you to another assumption, which is that they know that this is not true, but they have decided that these national myths are so important to them and their political projects, or their sense of who they are, that they don’t really care about the historical truths behind them.

For Olusoga, 51, this hostility can in part be explained by ignorance. “If you were taught a history that the first black person to put his foot on English soil was stepping off the Windrush in 1948, then this can seem like a conspiracy,” he says.

When the book was published in 2016, it ended on a hopeful note. Olusoga was writing just a few years after the London Olympics, in which a tantalising view of Britain emerged – a country at ease with its multiculturalism, nodding with pride to the arrival of the Windrush generation in 1948. Black Londoners dressed up as their ancestors for the opening ceremony, “with long, baggy suits, holding their suitcases”, says Olusoga. “You have to have a real tenure in the country to play your ancestors.” That moment, he says, was profoundly beautiful.

But that upbeat note has begun to feel inaccurate – an artefact of a more optimistic time. In the new edition of Black and British, which includes a chapter on the Windrush scandal and last year’s Black Lives Matter protests, Olusoga describes that moment in 2012 as a mirage. The summer afterwards, vans bearing the message “Go home or face arrest” were driven around London as part of Theresa May’s notorious “hostile environment” strategy, aiming to make the UK inhospitable for undocumented migrants. Thousands of people who had lived legally in the UK for decades, often people who had arrived from the Caribbean as children, were suddenly targeted for deportation.

In 2020, protesters in more than 260 British towns and cities took part in BLM protests, thought to be the most widespread anti-racist movement since the abolition of the slave trade. A statue of the slave trader Edward Colston was toppled in Bristol; a Guardian analysis suggests about 70 monuments to slavers and colonialists have been removed, or are in the process of being removed, across the UK.

But this movement for racial justice has been met with a severe backlash. In January, Robert Jenrick, the secretary of state for housing, communities and local government, said he would introduce laws to protect statues from what he called “baying mobs”. The government’s recent review on racial equality concluded controversially that there was no institutional racism in areas including policing, health and education, despite all the evidence to the contrary.

Olusoga was born in Lagos in 1970, to a white British mother and a Nigerian father, moving to his mother’s home town, Gateshead, at an early age. As one of a handful of mixed-race families on the council estate where they lived, they were regularly terrorised by the far right. The violence culminated in a brick being thrown into the family’s home, wrapped in a note demanding they be sent “back”. He was 14. Eventually, the family had to be rehoused.

His early experience of education was also distressing. “I experienced racism from teachers in ways that are shocking if I tell them to young people at school now,” says Olusoga. He was dyslexic, but the school refused to get him tested until he did his GCSEs: “It was the easier story to believe that this kid was stupid because all black kids are stupid.” When he finally got his diagnosis and support – thanks in large part to his mother’s fierce determination – Olusoga went to study history at the University of Liverpool, followed by a master’s degree at Leicester.

Olusoga was confident about having two identities, despite the prejudice he had encountered. He was proud of being a black Nigerian of Yoruba heritage and was perfectly happy being part of his mother’s white working-class geordie tradition. But he has always had a third identity.

“I’m also black British – and that had no history, no recognition. It was presented as impossible – a dualism that couldn’t exist, because whiteness and Britishness were the same thing when I was growing up. So, to discover that there was a history of being black and British, independent from being half white working-class and being half black Nigerian, that was what was critically important to me,” he says. His book does its best to uncover that history, exploring the considerable presence of black people in Britain in the age of slavery, as well as the part played by black Britons in both world wars.

He says that some of the aggression shown towards black historians who write honestly about Britain’s past comes from people who think “this history is important because it gives black people the right to be here”. They hold on to the belief that the UK was a “white country” until the past few decades and refuse to accept evidence that shows the presence of black people goes back centuries. But this is to fundamentally misunderstand what drives him and also why this history is important for black people.

“I don’t feel challenged in my right to be proud to be British,” he says. “I’m perfectly comfortable in my identity. I’ve looked at this history because it’s just exciting to be part of a long story. This comes out of wanting to enrich life, not seeking some sort of needy validation of who I am.”

He found it refreshing to see the UK’s history of empire and colonialism acknowledged in last summer’s anti-racist placards, with one popular slogan stating “The UK is not innocent”. “A generation has emerged that doesn’t need history to perform that role of comfort that its parents and grandparents did,” he says.

As for black people’s experiences in Britain, he says, there is a “hysterical” level of anger if you point out that many have lived in some form of slavery or unfreedom. Recently, historians have uncovered notices of runaway enslaved people or advertisements for their sale. This adds to the evidence that thousands of black people were brought to Britain, enslaved as well as free.

“It brings slavery to Britain and therefore undermines the idea that it doesn’t really matter because it happened ‘over there’,” says Olusoga. “It short-circuits an idea of British exceptionalism. And there are a lot of people for whom that idea of exceptionalism is a part of how they see themselves. I’m really sorry that the stuff I do and that other people do is a challenge to that, but my job is to be a historian. It’s not to make people feel good.”

Olusoga is often accused of pursuing a political agenda. He is asked, for instance, why he doesn’t speak about the Barbary slave trade of the 16th to 18th centuries, in which Europeans were captured and traded by north African pirates. He has a simple response: that he has been trying to get a programme made about it for his entire career and it is finally happening.

He gives another example: “I have been accused literally hundreds of times of ignoring the slavery suppression squadron that the Royal Navy created after 1807.” Its task was to suppress the Atlantic slave trade by patrolling the coast of west Africa. “I think the chapter in Black and British about that is 30,000 words, which is as long as some books.”

What his more extreme critics fail to understand, he adds, is that he is loyal to history and not a political agent. He remains committed to one goal: to uncover the stories of those who have long been deemed unimportant. When he wrote his first book on the 1904-08 Namibian genocide, he went to mass graves where he saw bones sticking out of the ground. “We promised the victims of that genocide that we would be their voice, we would fight for them and we would tell their story – and we use every skill we have to do that.

An updated edition of Black and British: A Forgotten History, with a new chapter, is published on 10 June (Picador, £12.99). To support the Guardian, order your copy at guardianbookshop.com. Delivery charges may apply.