Mitch McConnell Warns That Voting Bill Would Bring U.S. to the Brink of Democracy

“They want to turn the United States of America that we love and cherish into a democracy.” 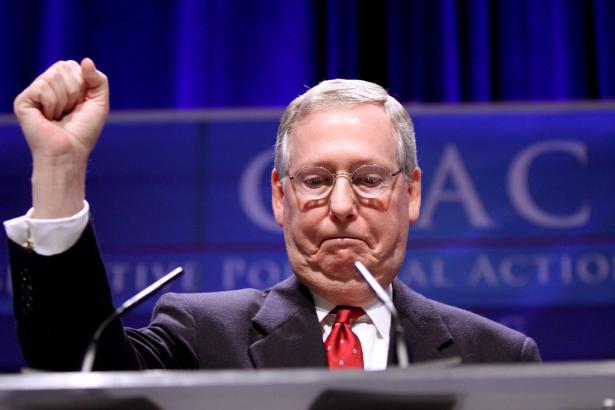 WASHINGTON (The Borowitz Report)—Blasting the For the People Act, Senator Mitch McConnell claimed that the bill’s passage would bring the United States “to the brink of democracy.”

“The Democrats can dress this bill up any way they want, but their real agenda couldn’t be clearer,” the Senate Minority Leader said. “They want to turn the United States of America that we love and cherish into a democracy.”

Noting that the word “democracy” originated in ancient Greece, he vowed, “I will not sit idly by and watch a foreign form of government sneak across our border.”

McConnell rallied his fellow Republican senators by reminding them that “we’re the only thing standing between this country and democracy.”

Get the Borowitz Report in your inbox!