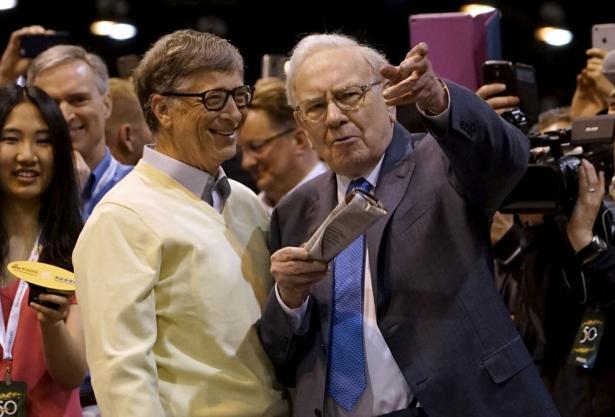 The Department of Energy’s recently launched Advanced Reactor Demonstration Program (ARDP) is slipping by without any close Congressional oversight, which is unfortunate as there are some serious questions that should be answered, including ones related to national security. The program was launched with an award of $160 million to TerraPower for its Natrium design and X-energy for its Xe-100. Each is to build a full-scale nuclear reactor within the next seven years, one that could be duplicated and sold commercially. While not a huge sum, it is intended to be the down payment on over $3 billion, a sum that is supposed to be cost-shared by the companies, with more for other projects.

At a March 25 Senate Energy Committee hearing on “advanced” reactors, executives of the two companies described a future with almost unlimited opportunities worldwide for their reactors, hundreds, maybe thousands. They got an enthusiastic reception from both sides of the aisle, summed up by Chairman Joe Manchin’s (D-WV) final observation that while wind and solar power were OK, “nuclear really does the job.” No one asked how the reactors will be fueled. Will they be fueled with nearly highly enriched uranium, or with plutonium? And what will be the security consequences of selling and encouraging reactors fueled with such fuels around the world?

Despite the enthusiasm for new technology, the “advanced” label is misplaced. These are re-engineered versions of old designs, some over fifty years old. “Advanced small modular reactors” trips off the tongues of people who think they are talking about the nuclear future, whereas in fact, they are talking about reviving the past.

“Small” is also an inaccurate label. Yes, there are lots of projects for small reactors, but they are a sideshow, for niche applications. The real action, the main ring, concerns larger units. TerraPower’s CEO, Chris Levesque, told the senators at the March 25 hearing that the company was pursuing a 300-megawatt (electric) unit because that was what today’s market would accept. But as it gained experience, TerraPower anticipated “growing Natrium output back up to gigawatt scale,” the size of current large light water reactors. The obvious conclusion is that TerraPower doesn’t think the smaller units would be economic, despite the current ballyhoo about the economic advantages of such units. Levesque thought there was a market for hundreds of the large units domestically and more abroad. As much of the talk was on competing with Russia and China, it is clear that the nuclear industry business plan centers on exporting the technology around the world.

The Natrium reactor TerraPower has promised to build with DOE funds is not, as many people think, the highly advertised “traveling wave” reactor design that TerraPower pursued when started by Bill Gates. That idea involved the active (fissioning) reactor region slowly “traveling” from the center of the reactor core over the life of the reactor, “breeding” plutonium from uranium and fissioning it in place, therefore with no need for reprocessing. That Bill Gates was assumed to be a shrewd investor boosted the company’s credibility. The traveling wave idea didn’t work, but TerraPower retained the label for a different design, apparently because it aids marketing.

The Natrium reactor is a scaled-up version of a General Electric design for a small sodium-cooled, plutonium-fueled fast breeder reactor (natrium is German for sodium, and “fast” means it relies on energetic neutrons). This is the reactor the nuclear enthusiasts have wanted to build since Congress canceled the Clinch River Fast Breeder Reactor in 1983. The Atomic Energy Commission, the DOE’s predecessor agency, pushed the liquid metal fast breeder (LMFBR) reactors in the 1970s as the energy solution in what was thought to be a uranium-poor world. But it turned out we live in a uranium-rich world so the expensive LMFBR made no economic sense.

It also made no sense to flood the world with untold tons of plutonium when a few kilograms is enough for a bomb. That’s why Presidents Gerald Ford and Jimmy Carter made it U.S. policy to discourage commercializing of plutonium-fueled reactors. Enthusiasts tried but failed to revive fast reactors as part of the second Bush administration’s Global Nuclear Energy Partnership program. It appears they are trying again.

TerraPower’s CEO told the senate hearing that the Natrium reactor would be fueled with uranium enriched to just short of 20 percent U-235 (a level that America is trying to prevent Iran from enriching to). It’s the borderline between low and highly enriched uranium. That choice seems to be related to DOE’s interest in developing a large enrichment market for the DOE-created Centrus Corporation, which is a story in itself.

Widespread use of reactors in this mode would dramatically increase demand for enriched uranium. Will 20 percent enriched uranium remain the preferred fuel for Natrium, or will it revert to plutonium with reprocessing to meet foreign customer interest? (The original GE design included an onsite reprocessing plant.) So configured, the reactor would make and reuse massive quantities of material that could be used to create a bomb. Recently, the Senate armed Services Committee raised this worry with regard to China’s fast reactor program. Congress should nail down the answer to this key question with regard to DoE’s programs.

The Natrium design comes with an adjunct hot salt storage “battery,” a vital selling point. The reactor’s heat would flow into the pool of hot salt, and out as needed to “even out the variable flow” from renewable sources. But these sources also can have their own energy storage facilities, and over one hundred plants in twenty-three countries already do.

There is a natural tendency to loosen the financial reins on projects that fall into the research and development category. But the two ARDP projects are prototypes for the commercial market. Congress should have answers to tough questions before giving the Energy Department’s ARDP additional funding. A good start would be to ask: Can we be sure that we will not end up with plutonium-fueled reactors coupled with reprocessing?

Victor Gilinsky serves as program advisor to The Nonproliferation Policy Education Center, is a physicist, and was a commissioner of the US Nuclear Regulatory Commission during the Ford, Carter, and Reagan administrations.

Henry Sokolski is the executive director of the Nonproliferation Policy Education Center in Arlington, Virginia, and author of Underestimated: Our Not So Peaceful Nuclear Future. He served as deputy for nonproliferation policy in the office of the US secretary of defense during the George H.W. Bush administration

The National Interest seeks to promote, as far as possible, a fresh debate about the course of American foreign policy by featuring a variety of leading authors from government, journalism, and academia, many of whom may at times disagree with each other.